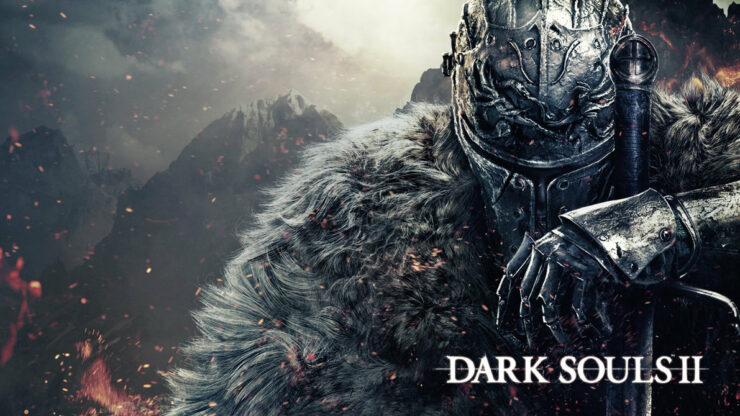 Last month we covered an upcoming lighting overhaul mod for Dark Souls 2 Scholar of the First Sin on PC, and today we wanted to share a new comparison shot that its creator has released alongside some new details.

As we wrote last month, this lighting mod aims to aims to rival the lighting of From Software’s pre-release version of Dark Souls 2. This version of the game was never released due to limitations of the available consoles at that time.

"From what I understand DS2 was intended to be a next-gen game like Bloodborne, but partway through development their dev time was halved and it was changed to target current-gen consoles, hence the aggressive downgrades and generally rushed feel of the game", the mod's creator, 'Stayd' writes on Twitter.

Alongside another impressive-looking comparison shots, 'Stayd' also shared some additional details of the mod, including its current name.

According to the lighting artist, the overhaul is currently named ‘Flames of Old’ will likely become available through Nexusmods once it releases. It’s currently unknown when the mod will be released, but don’t expect it to be released anytime soon for now.

The ‘Flames of Old’ mod will not only improve the game’s lighting, but will also improve shaders, maps and a “few other” things, according to its creator. As noted by ‘Stayd’, modding Dark Souls 2 is pretty hard due to the engine only being partially understood.

The new comparison shot, showing off Shaded Woods with and without the mod enabled, has been included below:

Finally another comparison, this time Shaded Woods. Took quite a while to get just this one spot presentable, as this area is one of the roughest in the game.
Of particular note is the addition of more ruins, foliage, and a gap in the trees to frame the Shrine of Winter. pic.twitter.com/QUKqzFg3EP

As many of you know, Dark Souls 2 features a lot of rooms that feel empty of basically don’t seem to have a purpose. Through the “Flames of Old” modification, ‘Stayd’ will do his best to make the environments in the game feel like they serve a purpose.

That's my intent, though I'm limited by the assets available in the game. In general though I try my best to make areas feel like they have purpose and history.

Once released, it’s likely that the mod will be quite demanding, but not as demanding as Dark Souls 3 is on PC. According to ‘Stayd’, in its current form, he’s still able to run the game at more than 60FPS on max settings on average hardware.

It's substantially more demanding, but not as demanding as DS3. I still get 60+fps at max settings on middling hardware.

We will keep you updated about the progress of this mod.