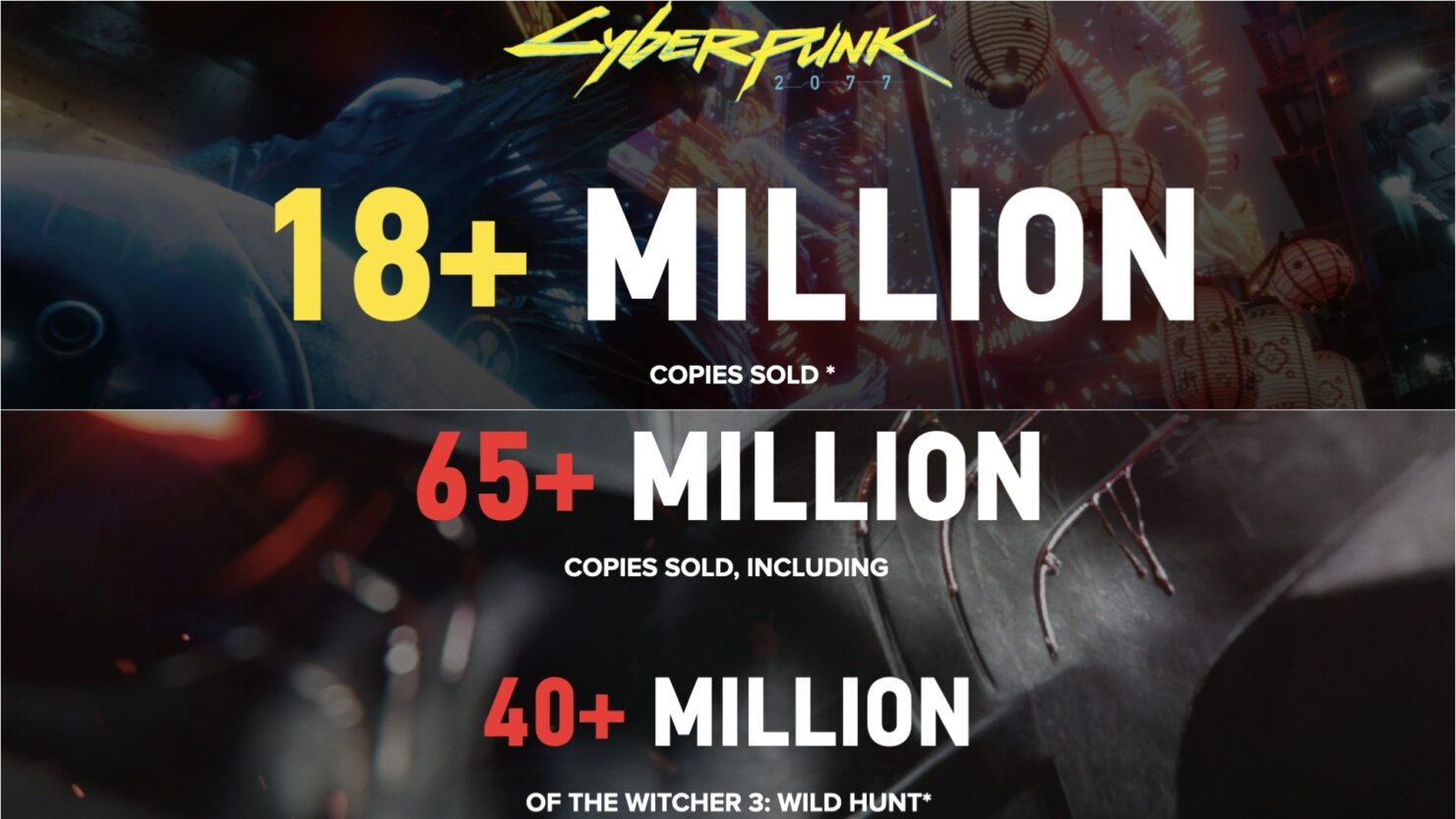 [UPDATE] During the earnings call, CD Projekt RED confirmed that the Cyberpunk 2077 expansion will land in 2023, though details will be shared later this year.

As it was mentioned in @CDPROJEKTRED_IR financial call moments ago, Cyberpunk 2077's upcoming expansion will arrive in 2023. Please stay tuned for more details coming later this year 🦾 https://t.co/rq1w6RDTDL

[ORIGINAL STORY] Today, as part of the fiscal year 2021 earnings report, CD Projekt RED revealed that Cyberpunk 2077 has sold over 18 million units across all platforms, according to internal estimates based on information gathered from retail distributors.

One of our priorities has been to further improve Cyberpunk 2077. The eight updates published over the past year significantly enhanced gameplay performance.

Another milestone was the release – in February 2022 – of the game’s next-gen console version, along with a large update for last-gen consoles and PCs. We are satisfied with the reception with which our work has been met by gamers.

I can also share with you that we have sold 18 million copies of the game in less than a year and a half. For everyone who has already walked the streets of Night City – we’re working on further DLCs as well as on a major expansion featuring a new storyline.

I’ve already touched upon internal changes. They were triggered by the release of Cyberpunk 2077, which taught us a great deal. We responded by updating our Group’s strategy.

Nielubowicz added that Cyberpunk 2077 fans can also look forward to the release of Edgerunners, an anime adaptation produced by Netflix, in the latter half of 2022.

The CD Projekt RED CFO then switched from Cyberpunk 2077 to the other major IP owned by the Polish studio, The Witcher. Over 65 million copies of The Witcher games have been sold to date, with the critically acclaimed The Witcher 3: Wild Hunt surpassing 40 million copies sold on its own.

The executive mentioned both the next-gen version of The Witcher 3: Wild Hunt (which got delayed out of Q2 just yesterday as CD Projekt RED opted to finish the development on its own) and the recent announcement of a new chapter in the saga to be developed with the Unreal Engine 5 in partnership with Epic Games.