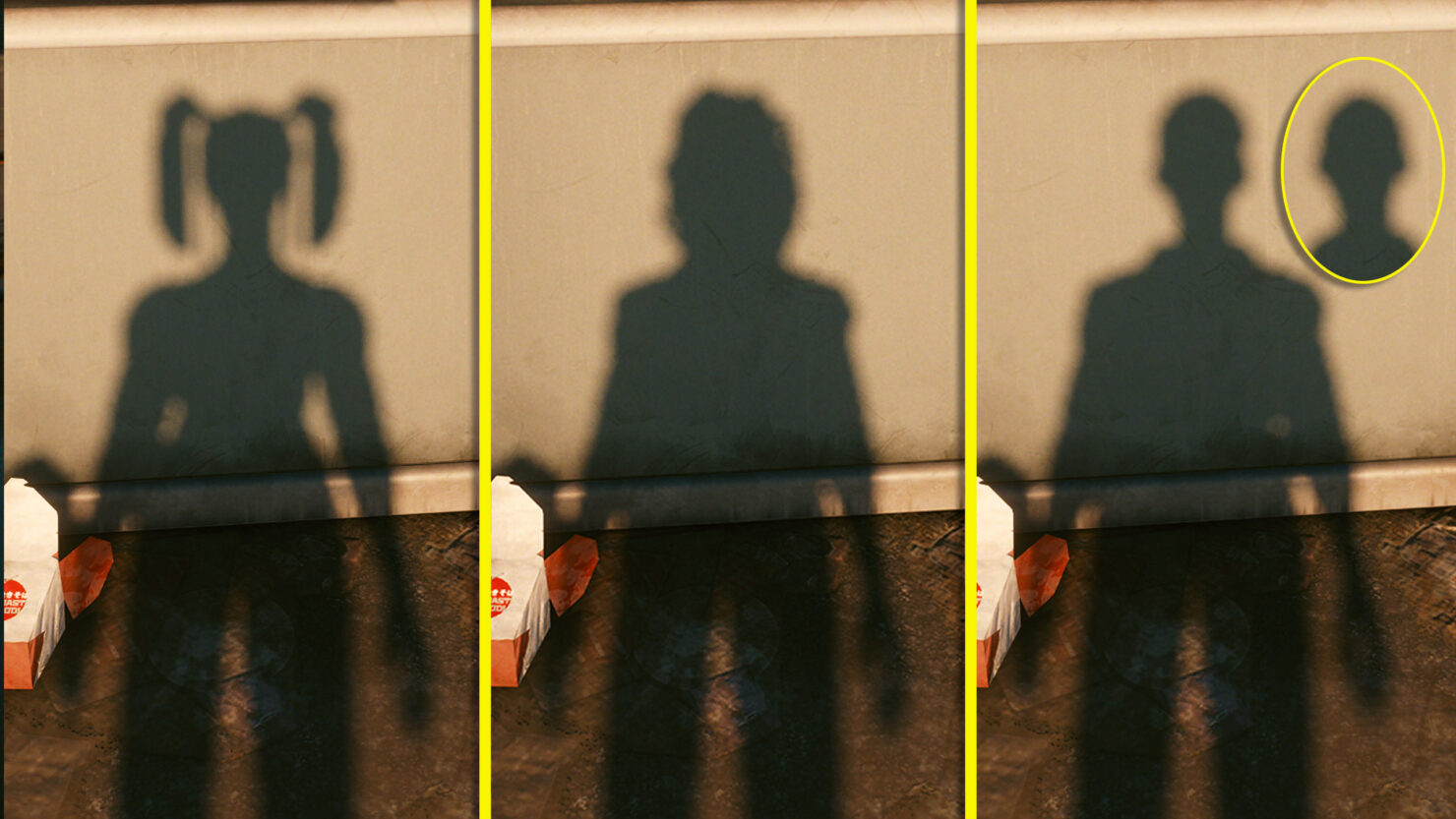 A new Cyberpunk 2077 mod that is now available for download introduces more improvements for V's shadow.

The Shadow Hair mod introduces a small but extremely welcome tweak to the player character's shadow, finally displaying the correct hair setting and hat. Due to a few reasons, it is not possible to make the shadow update dynamically in the game at the time, but the improvements introduced by this mod are a massive step forward even at this stage, considering how bad the vanilla bald shadow is for immersion.

So I had the idea to modify the 3D lowpoly file of V's body by adding each of the haircuts. But surprisingly, only half of the haircuts I found have a lowpoly version.

The mod contains a folder ".archive" in which the 158 versions of the modified body are present. So you have to choose only one of these files. And that has for consequence that you will always have the same shadow by session of game, the shadow of the head will not be updated dynamically if you put a hat contrary to the clothes. Personally I never wear one.

The Cyberpunk 2077 Shadow Hair mod can be downloaded from Nexus Mods.

Cyberpunk 2077 is now available on PC, PlayStation 4, Xbox One, and Google Stadia. The game will hit current-gen consoles before the end of the year.