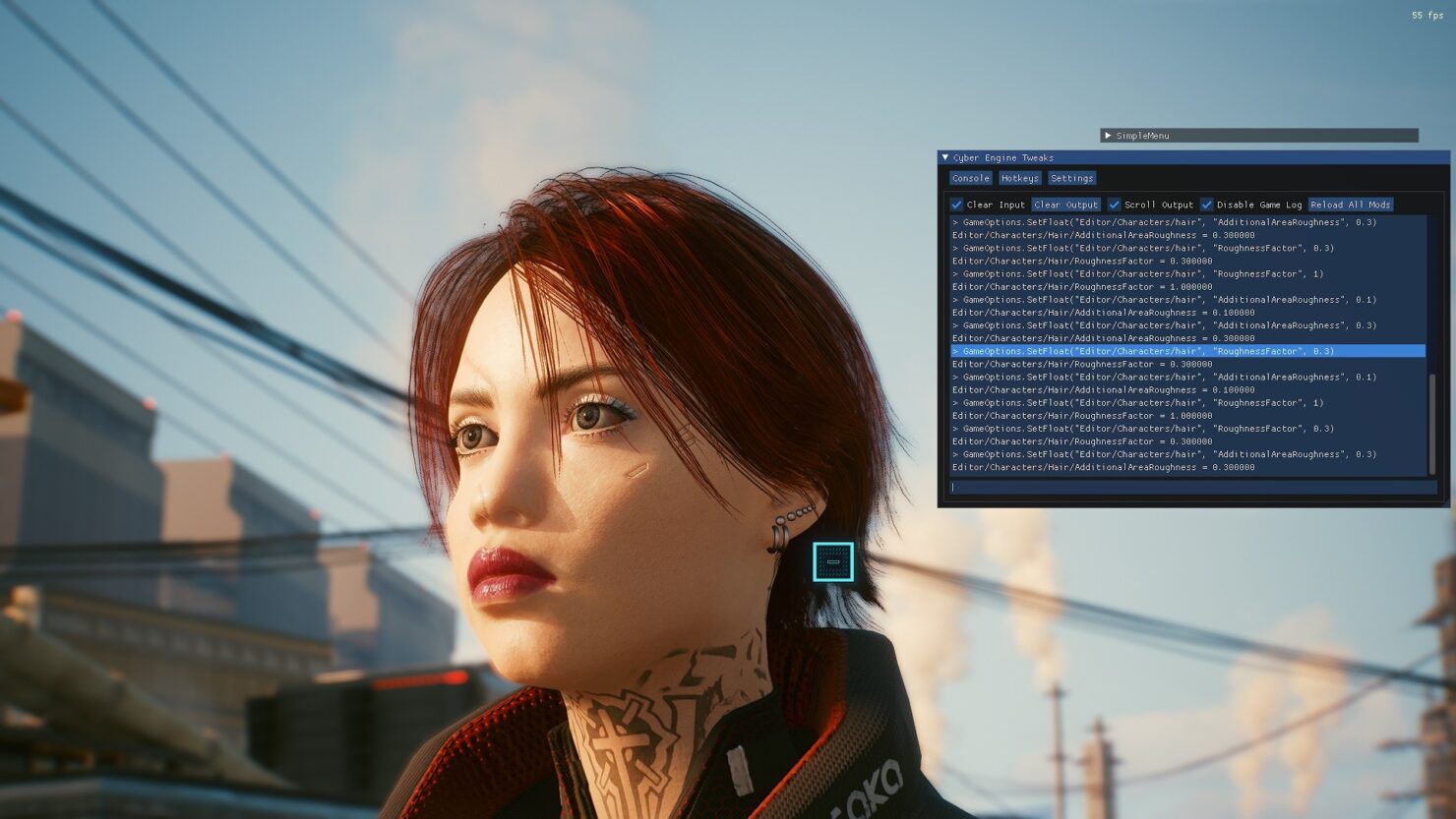 A new Cyberpunk 2077 mod that has been released online introduces some lighting improvements to the game.

The Better Hair Material improves how hair reacts to lighting, thus improving lighting. Among the changes introduced by the mod are brightness fixes, which introduce better shades for darker hair, like in the case of Johnny's hair.

After a day of search for a mod to remove hair transparency noise, I found that I should do something myself; But I couldn't! Instead, I found that my second problem with hairs can be fixed; Their material! Did you ever notice how black and nearly shadeless are johnny's hairs?! Well, there's a funny cause for that; Developers decided to multiply the brightness of hair colors to 0.6 resulting in 40% darker hairs (maybe for a good reason?) Besides, there is another problem with hair material. They only diffuse and/or absorb light and don't reflect it specularly. Why? Again, the dev decided to set hair roughness to 1 which means every specular reflection turns into diffuse reflection.

So I tweaked Roughness factors as well, Based on Blender3D Cycles render "Principled Hair BSDF" default values. And the third change? Well, I honestly don't know why, But I feel like it's better to tweak MultiScatter Shader a little bit as well.

The Cyberpunk 2077 Better Hair Material mod can be downloaded from Nexus Mods.