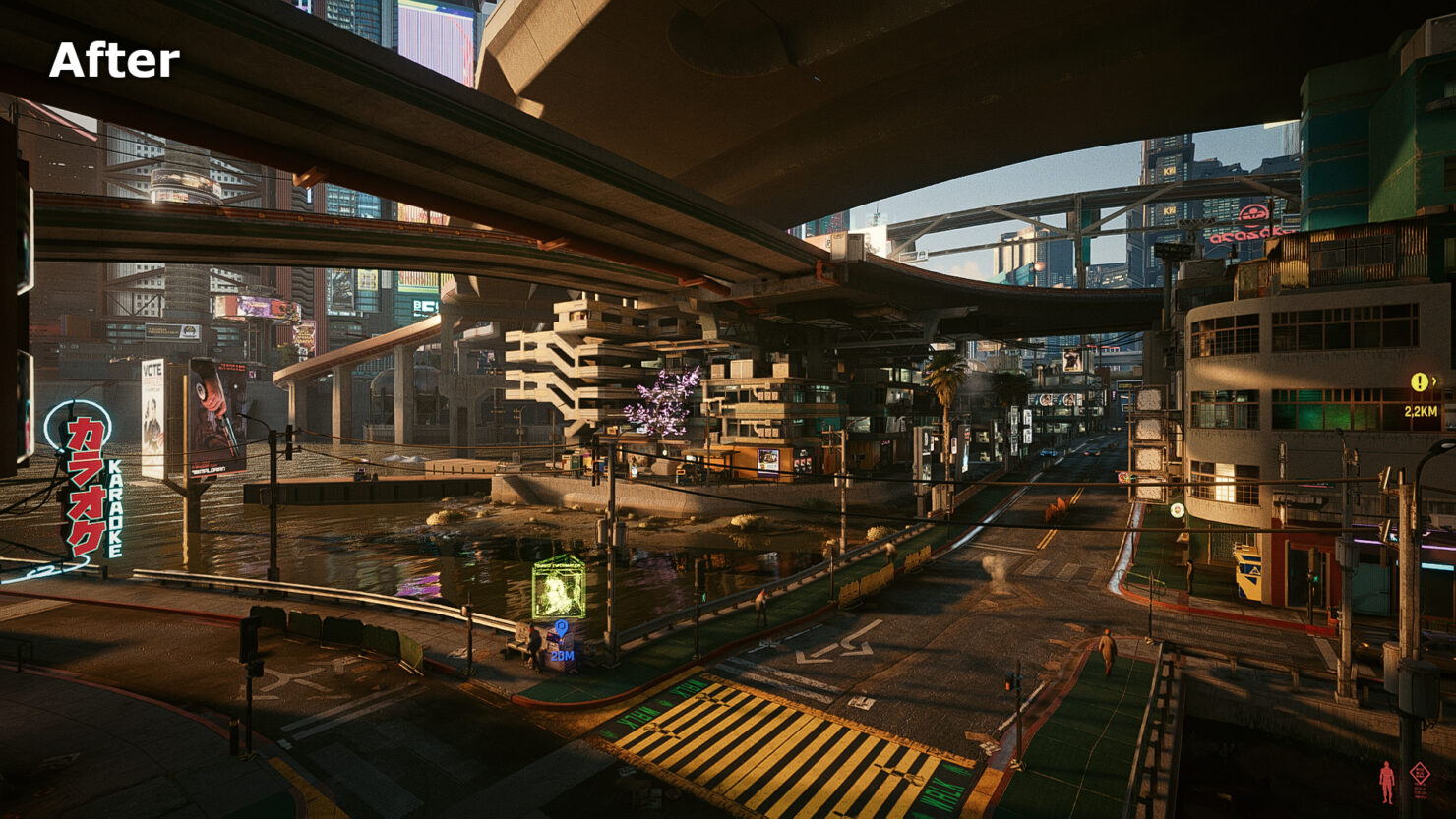 A new Cyberpunk 2077 mod that has been released online this week introduces some welcome improvements to shadows.

The True Next-Gen Shadows is a small cfg-tweak that improves the range of shadows, clarity of reflections, and more. The changes are not massive, but they are definitely noticeable, judging from the comparison screenshots that have been provided by the mod's creator.

Only in-game CFG-tweaks:
Improved the range of shadows, increased the clarity of reflections, removed the additional illumination (rim enhancement) of some details of the environment, vegetation, characters and weapons.

The Cyberpunk 2077 True Next-Gen Shadows can be downloaded from Nexus Mods.

Cyberpunk 2077 is now available on PC, PlayStation 4, Xbox One, and Google Stadia worldwide. The game will release on current-generation consoles later this year.