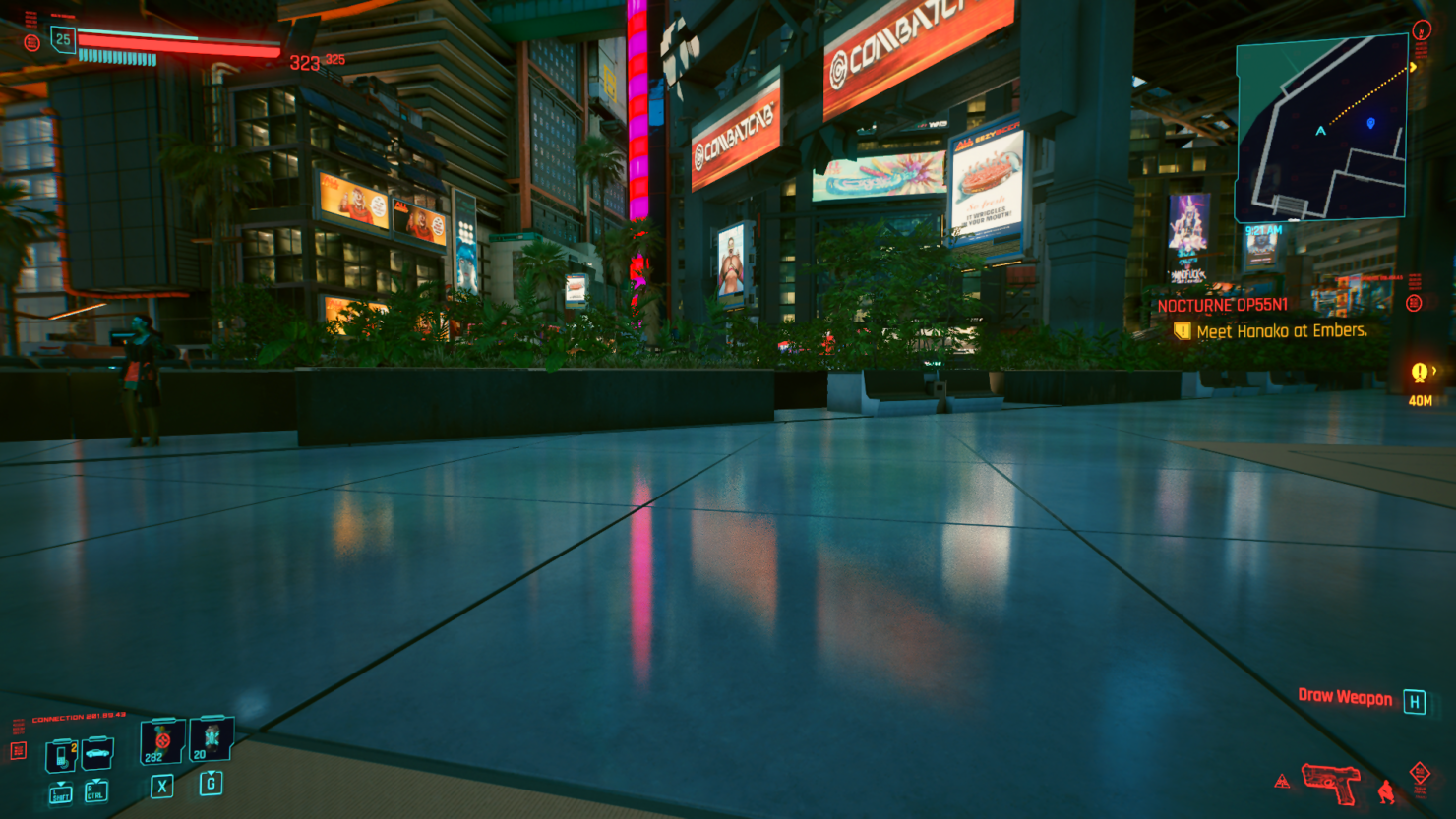 A new Cyberpunk 2077 mod that has been released online today introduces some welcome improvements to screen space reflections.

The Grainy SSR Begone mod, which requires ReShade, attempts to fix the screen space reflection grain that is most noticeable when using low settings. This mod is not particularly demanding as well, so performance shouldn't be impacted in any major way.

This mod attempts to fix the crappy screen space reflection grain (or noise) when using lower quality SSR settings because not everyone has an RTX GPU with DLSS and neither afford the pshyco settings because it tanks the FPS. This mod is performance friendly and costs 1 FPS on most PCs.
The denoise fx works fine with Low quality SSR as well.

Included an optional Recolor mod based on an 80s Cyberpunk-ish color scheme while keeping the vanilla feel. Recommended to turn the in-game gamma down to 1.05. Negligible performance impact.

While modders are continuing to improve Cyberpunk 2077, CD Projekt RED is hard at work on a new update. According to a fresh report, the 1.2 update will introduce improvements to vehicle handling, police behavior, and more.

Analyzing feedback on our driving model suggested a lot of players were having issues with the speed of the steering. We have added a Steering Sensitivity slider to the Options menu. This allows the steering speed for all vehicles and all input devices to be slowed down, without affecting the maximum turn radius.

When experiencing lower frame rates, our cars were harder to control. We traced this to some code that wasn't handling extreme changes in frame rate properly. The steering speed is now very consistent from 20 to 60+ FPS. Last, we looked at a bunch of tweaks to individual cars and adjusted some of them that were too twitchy in low frame rates, including the player's Archer Hella.