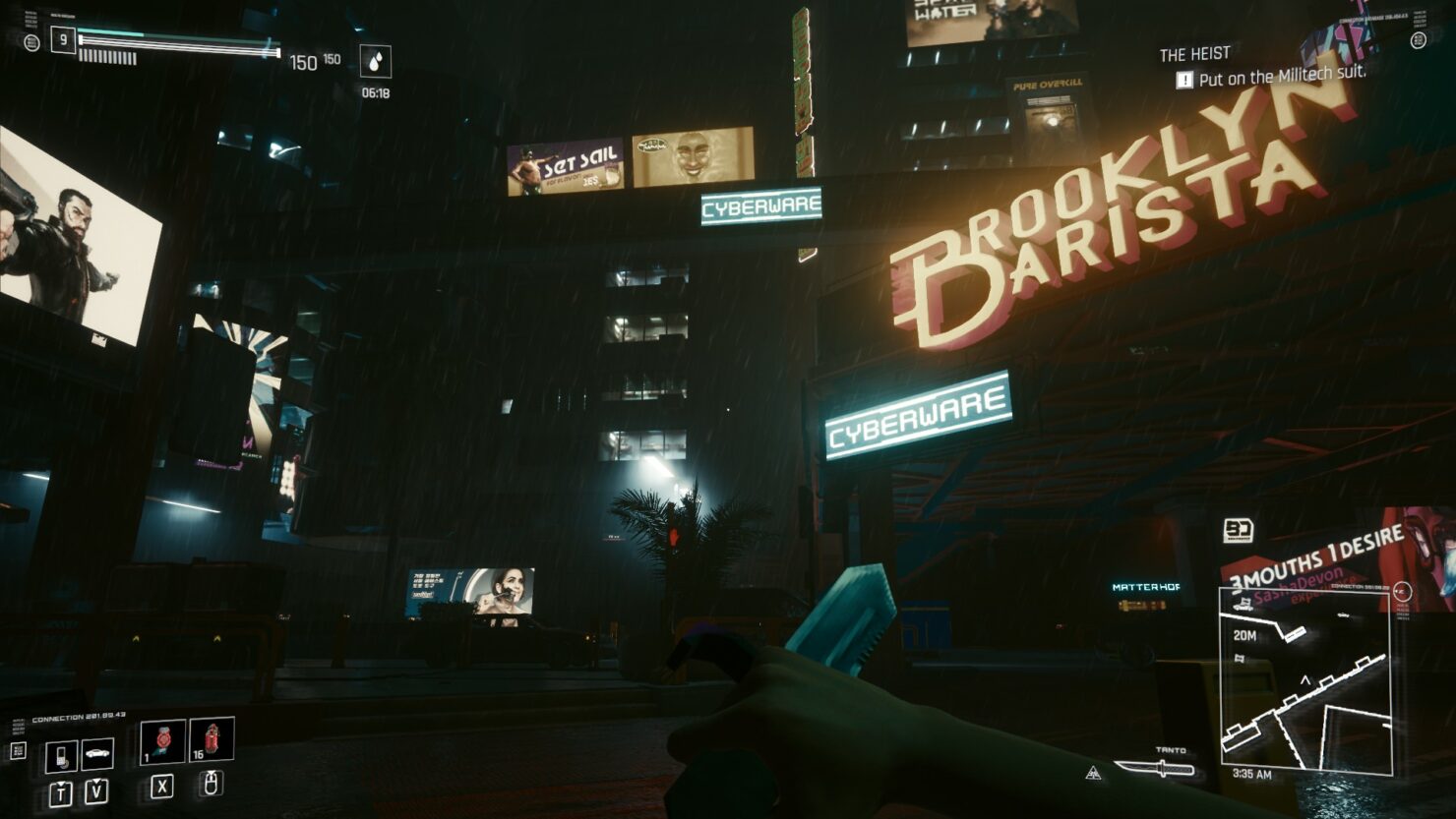 The Darker Lighting mod tweaks the lighting to make it darker and more appropriate for a cyberpunk setting. The results, needless to say, are great, as seen in the screenshots below.

This is not a Reshade preset, so UI elements will not be ruined.

There's also a version that removes the dark green tinting from the optical scanner so you can actually see what you're scanning.

Not compatible with the E3 lighting mod, as it replaces the same LUTs that mod uses.

The Cyberpunk 2077 Darker Lighting mod can be downloaded from Nexus Mods.

Cyberpunk 2077 is now available on PC, PlayStation 4, Xbox One, and Google Stadia worldwide. The game will hit current-generation consoles later this year.