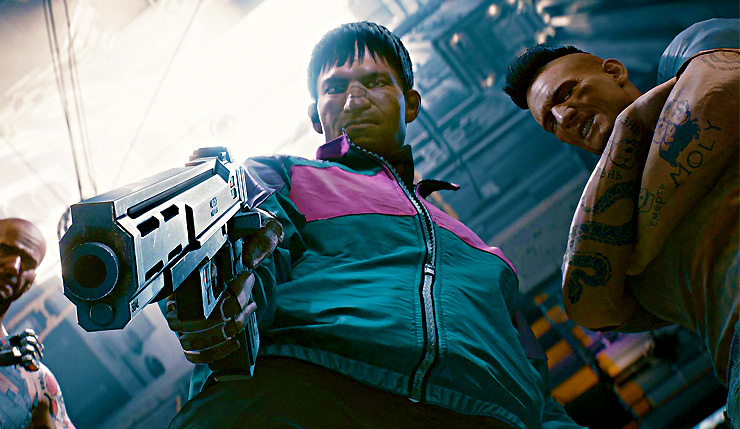 As anybody who’s watched the new demo footage knows, Cyberpunk 2077 has some truly impressive, next-level environments, but sometimes detail in video games is a double-edged sword. Often the best-looking games are some of the least interactive – those fancy graphics are just for show.

Thankfully, that won’t be the case with Cyberpunk 2077. CD Projekt Red level designer Miles Tost promises the world of Cyberpunk 2077 will be as interactive and malleable as possible.

"So we're trying to push the interactivity of the world by adding in details from a physical side. The game will be highly physical, will have a lot of destruction. You can see that in the demo when you're in the scavengers area and you shoot at the pillars and they start crumbling. This all is to add weight to the world. To really give life to our vision of what is very much a dark version of the future."

According to Tost, the aim is to make Cyberpunk 2077’s world fully destructible, although whether that’s possible comes down to available tech…

Hmmmm, could destructible environments end up being an exclusive feature for high-end PCs and next-gen consoles? I wouldn’t be at all surprised. CD Projekt Red is still insisting they’re going to cram Cyberpunk 2077 onto current-gen consoles, but those versions will probably come with compromises.

Cyberpunk 2077 has been announced for PC, Xbox One, and PS4. The game has yet to receive a release date.