CD projekt RED, the studio behind the hugely anticipated The Witcher 3: Wild Hunt, has another incredibly promising title in development. Cyberpunk 2077, is the Polish studio's other open-word RPG currently in development. Both titles are immense in scope and size, and so far not much has been revealed for Cyberpunk 2077. 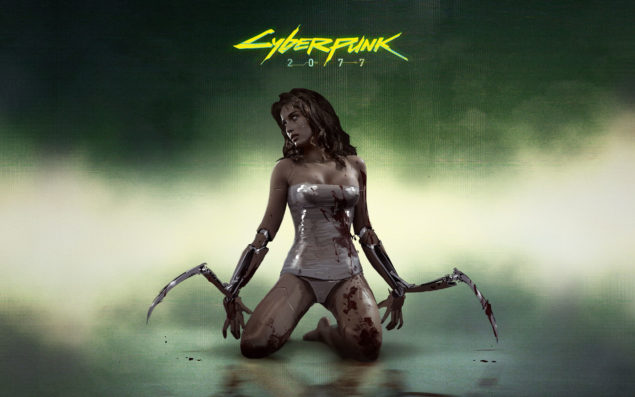 While The Witcher 3: Wild Hunt is set in a medieval fantasy world, filled with swords, magic and knights, Cyberpunk features a futuristic, technologically advanced setting. Not much is not at this point, since there hasn't been any information following its announcement a while back,  but is appears that CD Projekt RED are beginning to transition some of their developers into work on Cyberpunk 2077. It was originally announced back in January 2013.

Senior Gameplay Designer at CD Projekt RED, Damien Monnier, in a recent interview with NewGameNetwork, was looking back at the amount of work on The Witcher 3, and called it "an accomplishment." Some of the developers have been there since the first Witcher game was launched.

Monnier, subsequently commented about Cyberpunk 2077, and how the team is excited about the work it will bring.

"I know a few people are pleased to not be doing swords and armors anymore. They want to change a bit, they're a bit envious of our Cyberpunk team. They want to be doing guns and stuff," he explained

CD Projekt RED, has stayed quite silent ever since the debut trailer over two years ago. The studio will likely make an appearance at E3 later this year, and probably introduce some new DLC for The Witcher 3: Wild Hunt. It wouldn't be too surprising though, if we get some new information on Cyberpunk 2077, and hopefully some gameplay footage. Since The Witcher 3, will be complete soon, the team might have just enough time to pull this off.

Cyberpunk 2077 is based on the Cyberpunk series of tabletop role-playing games, written by Mike Pondsmith and published by R. Talsorian Games in 1988. It will feature a dystopian futuristic world in which ultra-modern technology co-exists with a degenerated human society. From what the debut trailer revealed, CD Projekt RED's vision for Cyberpunk 2077 appears to be inspired.

We will bring you any new information on Cyberpunk 2077 and The Witcher 3 as soon as it becomes available. E3 2015 will take place in Los Angeles, CA from June 16-18.