It has been previously noted, that the PS4 version of The Witcher 3: Wild Hunt, suffers from a slight case of frame rate fluctuations and pop in issues.  Michał Krzemiński, Senior Art Producer, assured that all of these issues will be ironed out in the final game. 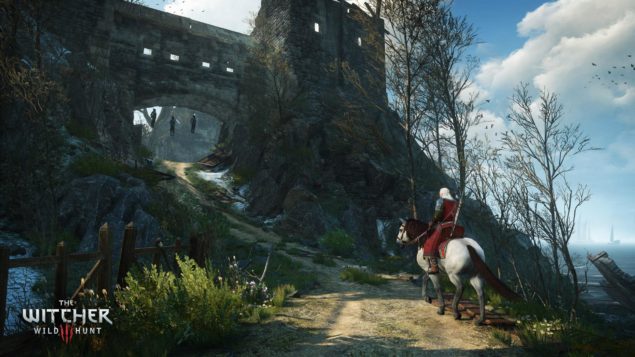 “We’re still in the optimization phase, so we’ll definitely iron these small things out,” Michał said

He believes that both console versions look solid in terms of framerate, being targeted to run at 30 frames per second. The PS4 version will run at 1080p and the Xbox One at 900p, with a possible update to improve the resolution for the latter.

The Witcher 3: Wild Hunt won't kill your PC if you have a lower end machine.

Regarding the PC version of The Witcher 3: Wild Hunt, it has to be noted that the recommended requirements, would run the game at 30 frames per second. Michael went on to state that for a 60 fps experience, players would require a high end PC.

“They need to have a pretty high-end PC, but I won’t give you the details now, as we’re still optimizing the game and anything can change. Having said that, the game won’t kill your PC if you have a lower end machine — we want all gamers to have fun, not only the ones with the most beefy specs.”

Below are the contents of the collector's edition Xbox One of The Witcher 3 Wild Hunt. This edition will contain a card game called Gwent which is somewhat similar to Hearthstone, but the will be exclusive to Xbox One.

The collector's edition will include:

You can read more about The Witcher 3: Wild Hunt in our previous coverage, here and here.

The Witcher 3: Wild Hunt is stated for a May 19th release for the PS4, Xbox One, and PC. We will bring you any additional information prior to the game's release as soon as it becomes available.

You can view or download an uncompressed version of the video over at Gamersyde.