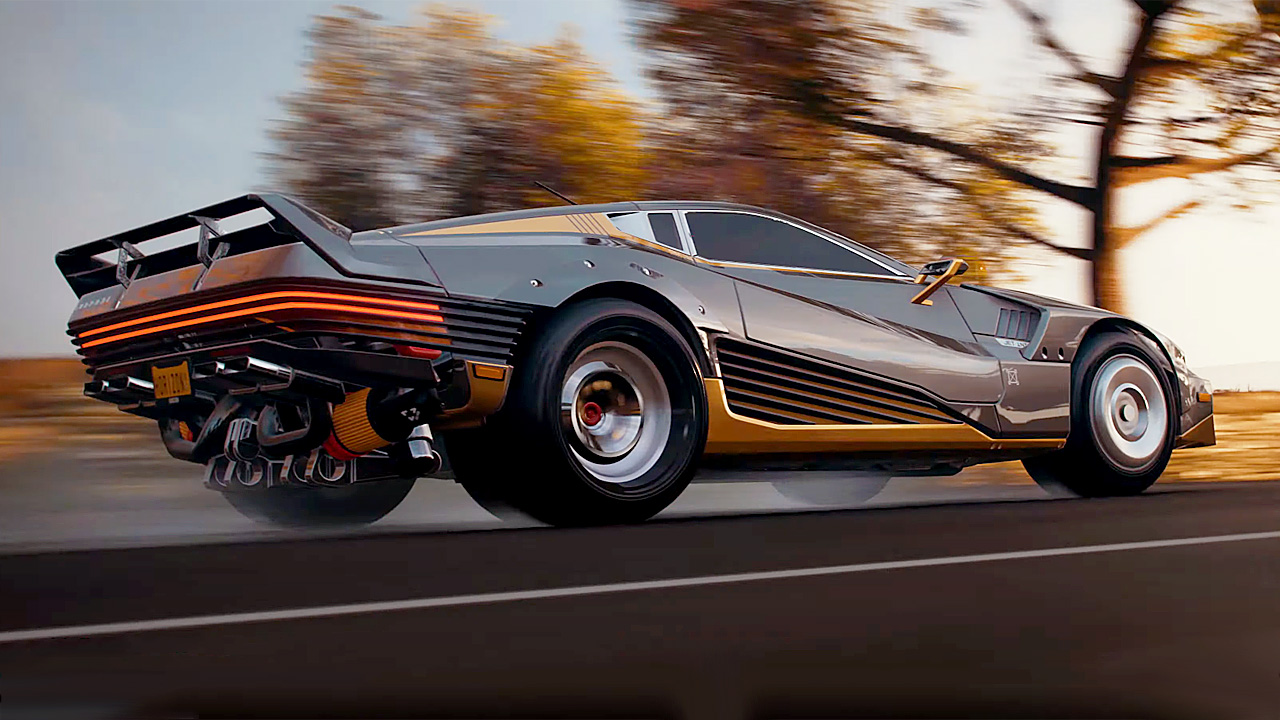 If you’ve been following Cyberpunk 2077 at all, you’re no doubt well-familiar with the sight of its most iconic set of wheels, the 2058 Quadra Turbo-R V-Tech. Well, now you can test out the Quadra V-Tech, with actual decent framerates, in Forza Horizon 4. Sorry, that was a bit mean, but I’ve gotta keep it real.

Yes, the Quadra Turbo-R V-Tech is now available in Forza Horizon 4, and don’t worry, it’s totally free. You will have to earn it though, by competing head-to-head in “NightCity.exe” race. You can check out the Quadra V-Tech burning up the English countryside in a new trailer, below.

Looking pretty slick! Of course, Cyberpunk 2077 is out now, although the launch hasn’t been as smooth as it could have been. The game is in a bad state on current-gen consoles, but even high-end PCs are struggling to play the game on top settings. That said, the game had a whopping 8 million pre-orders, so it’s already a big success from Day 1, and CD Projekt Red are no doubt working hard to get things up to snuff.

Horizon Super7 is an all-new game mode that celebrates community-created challenges. Create individual challenges based on drift, speed, air, and more. Then, when choosing to play Super7, seven randomly selected challenges appear, with each being a total surprise. If you can win all seven challenges in a row, you’ll get your hands on an exclusive reward. You’ll be able to enhance your challenges with Blueprint Builder, a first in Forza history, that lets you place stunts, structures, and scenery in your challenge – whatever you want, wherever you want.