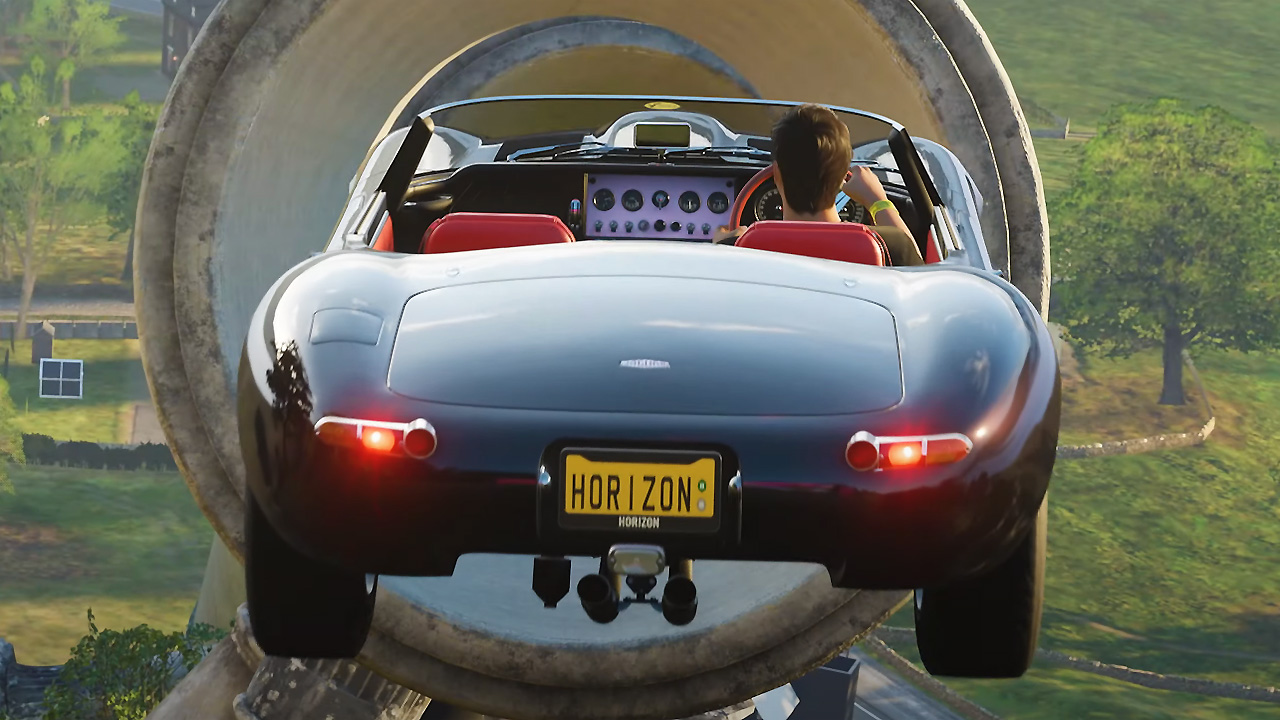 Forza Horizon 4 is over two years old at this point, but developer Playground Games certainly isn’t letting up on the throttle when it comes to new content. Today, the studio announced the new Super7 update, which will add the option to create your own crazy stunt challenges by placing various ramps and obstacles (including a damn T. rex) anywhere on the map. If you’re not the creative type, you can try out other players’ creations, and if you can complete seven in a row, you’ll earn some spiffy exclusive prizes, like the 1924 Austin Seven and 1979 Triumph TR7 Roadster. Check out a trailer for Super7 mode, below.

I find it funny how, with enough updates, most racing games end up transforming into Trackmania. Forza Horizon 3 also eventually went this route, to a more limited degree, with its Hot Wheels update. Looks like course-creation tools are going to be pretty versatile – I’m sure players will be coming up with some truly bonkers stuff before long. Need to know more? Here’s the official description for the Super7 mode:

Introducing the Horizon Super7, an all-new game mode that celebrates community-created challenges. Create individual challenges based on drift, speed, air, and more. Then, when choosing to play Super7, seven randomly selected challenges appear, with each being a total surprise. If you can win all seven challenges in a row, you’ll get your hands on an exclusive reward. You’ll be able to enhance your challenges with Blueprint Builder, a first in Forza history, that lets you place stunts, structures, and scenery in your challenge – whatever you want, wherever you want.

Forza Horizon 4 is available now on PC, Xbox One, and Xbox Series X/S, and the Super7 update drops tomorrow (December 8). In other recently-reported Forza news, it’s rumored Forza Horizon 5 may be coming as soon as 2021, although that’s far from confirmed. In the meantime, I suppose you’ll just have to busy yourself jumping off ramps over T. rexes.