The HTC built, Google Nexus 9 is proving itself to be a great tablet for many users around the world. It runs on Google’s Android Vanilla and provides a fluid experience. Recently, it received the official update to Android Lollipop 5.0.2, Google’s plain stock android version. However, there is another option available for Nexus 9 in lieu of the Android Lollipop UI. CyanogenMod 12 Nightlies have been officially released for Google’s latest tablet. 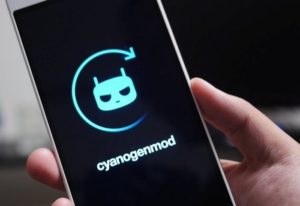 What we have discovered recently is that CyanogenMod 12 Nightlies are substitute beta streams for ROM manufacturers and a stable version for Cyanogen Mod 12 is not available yet. If you experience a bit of a lag, you must know that everything is running fairly smooth at the moment.

Since CyanogenMod 12 is constructed on the bases of Android Lollipop, it might not be a drastic change to shift from Lollipop to Cyanogen Mod 12. However, one important factor that you must consider before updating to CM 12 is that you need to have an unlocked bootloader and a system recovery to complete the process. Nexus devices are well aware of this sort of stuff and by any chance if something goes wrong, switching back to the stock android is no problem at all. Hence, there wont be trouble installing it and as a reminder, always have a backup to your data. 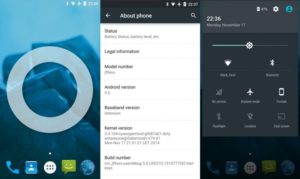 There seems to be a shudder between Cyanogen and OnePlus, the self-proclaimed manufacturer of OnePlus One handset. They parted ways and went on themselves to take on Google. Microsoft seemed to be involved in this mess as well, providing assistance to Cyanogen. With such circumstances in the air, we wondered if CM 12 for Nexus is a way of ambushing Google to a corner. But this was not the case, no need for dramatic assumptions because CyanogenMod has been providing its services to other high end flagships all over the globe. So CyanogenMod 12 for Nexus 9 has no bitter truth other than business.

Coming back, if you want to switch from your stock android to CyanogenMod 12, Grab your copy here and prepare yourself for the updates. For all the Nexus 9 owners, what are your views about this update and do share them so others might benefit from it.