Crytek has released a gorgeous trailer for their CRYENGINE powered VR adventure, Robinson: The Journey, at the Paris Games Week, which they showcased during Sony's Media Briefing at the event.

Planned to be a PlayStation VR title, the visually stunning, Robinson: The Journey, features some incredibly impressive environments and some detailed dinosaur models. You can watch the new trailer below.

Elijah Freeman, Executive Producer on Robinson: The Journey, shares a little more info on the project:

In Robinson, you assume the role of a young boy who has crash-landed on a mysterious planet, and must become a pioneer of sorts as you explore your surroundings, interact with the world around you, and discover amazing secrets at every turn. I can’t go into too many specifics right now, but that’s the (very) high level overview! 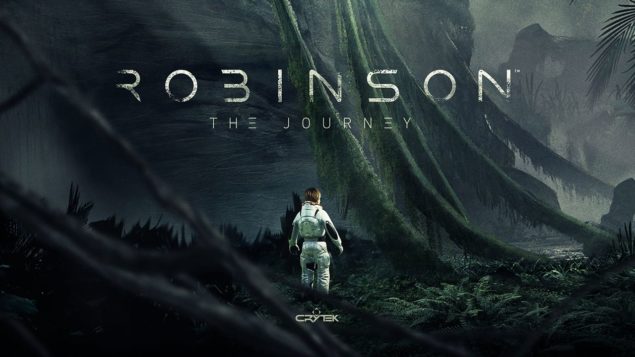 As a studio, we’re really excited to be creating Robinson for PlayStation VR, and believe it’s the perfect platform for what we’re striving to achieve with the game. But what exactly are we striving to achieve? Good question.
Probably the best place to start is with a couple of VR demos we’ve shown at industry events this year. Back to Dinosaur Island 1 and 2 offered different types of VR experiences, but both acted as inspiration for Robinson. The first of those demos placed players in a more static role as a giant dinosaur stared them down at close quarters, and the follow-up featured greater interactivity as users scaled a cliff and took in their expansive surroundings.
Probably the most inspirational aspect of these demos for us was the reaction they received! A lot of players and press highlighted them as being among the best VR experiences they’d had, which felt like validation of the track we were on. 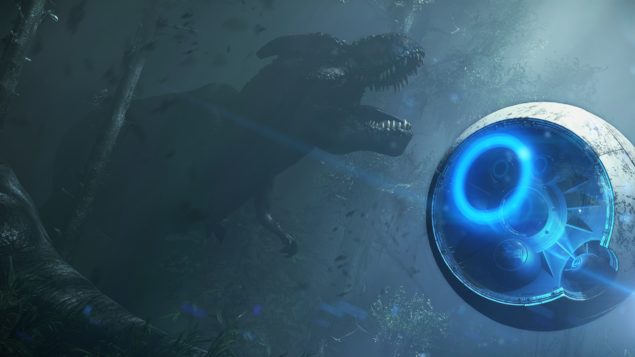 Robinson: The Journey is about creating a visually stunning game with an emotionally engaging story

Freeman explains that the goal for Crytek, with Robinson: The Journey was to create the "most realistic, immersive worlds possible using our CRYENGINE technology". The positive reaction they have received for their Back to Dinosaur Island demos, was about the authenticity of the environments, as well as the level of detail on the foliage, the lighting, the dinos, etc, so as Freeman states, their focus is on recreating that same level of authenticity on a much, much grander scale. Creating a visually stunning world that also tells a story that is "emotionally engaging and which resonates with players beyond the game world".

Crytek announced their partnership with Sony, and Robinson: The Journey as a PlayStation VR exclusive:

Combining the breathtaking immersion made possible by PlayStation VR and the game-changing power of CRYENGINE, Crytek today announced a partnership with Sony Computer Entertainment to bring new IP “Robinson: The Journey” exclusively to the upcoming PlayStation®4 virtual reality platform.

Robinson: The Journey will be a PlayStation 4 exclusive and will not be coming to the PC as was previously announced. We will bring you any new information as soon as it becomes available.