EA has officially announced a new release date for Crysis 2 which was earlier set for release in Holiday's this year but has now been pushed to March 2011. The Date is 22 March 2011 for North America Release will European regions will get it 2 days later on 25th March.

The delay maybe due to polishing work and tweaking being done on the game which if so will be a great thing. The first Crysis was truly a God when we talk about visuals and detailing and we can expect the same from its Sequel. The game will be set in New York City in 2023 following an Alien Invasion.

There's also a chance of multiplayer mode to be introduced in the game as seen in this new screenshot: 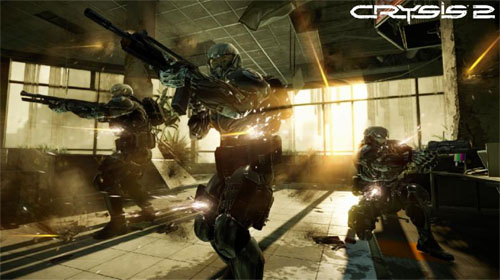 The new game is coming out on the consoles which include Xbox 360, PS3 along with the PC. You can check out the trailer and gameplay video below: