According to a German gaming site they have reason to believe that tomorrow will be the day that Crytek will release the long awaited DirectX 11 patch for the PC, but DX 11 isn't the only feature to watch out for in this patch, PC users will also be able to customize their graphics more properly, instead of choosing a set of preset graphic setting you can now adjust typical graphic features such as motion blur, AA and many other graphical features to your liking. 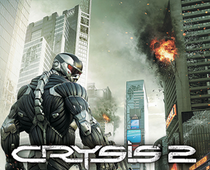 This is great news, the one thing which lacked in the PC version was DirectX 11 and the ability to customize graphics but now that an update has been semi confirmed PC gamers can mark tomorrow as a red letter day for their game, the game is getting pretty good reviews all across the net whether you play it on the console or the PC you will definitely get one hell of a ride with the game. With a great multiplayer game thrown in to the mix Crysis 2 is definitely a game to be put in your game collection.