Every FPS gamer dreams of the ultimate FPS which has the elements of Call of Duty and Battlefield synced together in perfect harmony, Far Cry 3 might be the answer to your prayers. The game promotes team play and with a point system and killstreak system similar to that of Call of Duty it could be the ultimate FPS game for fans of either of the series or even both. What is even better about the game is the brutal melee kill from Killzone 3 / Battlefield 3 have carried over making the experience even better. If you are still unsure of the multiplayer of the game I highly recommend you check out the video. 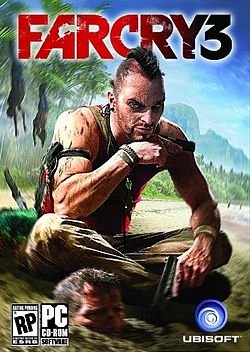 For years I have been on the fence about the ultimate FPS, a game which combines the team coordination of Battlefield with the adrenaline fueled rush of Call of Duty with the killstreaks thrown into it too, In 2010 Medal of Honor tried it but it didn't meet with the results I was expecting, but it seems that Far Cry is going to take a shot at it and so far it definitely shows a lot of promise.

The multiplayer of the game will promote team work, coordination and will even come with killstreak rewards similar to Call of Duty such as the UAV and Carpet bomb and players must earn their way to these killstreaks via points which again originated in Medal of Honor. Another feature which really caught my attention is how at the end of every game the MVP's of the winning team get to kill enemy players in these animations; you may have seen something similar to this in Operations mode in Killzone 3. This is a good way to celebrate a good game and to rub the victory in their faces, so far I am VERY impressed with all the multiplayer footage and I am definitely more interested in grabbing this game now.

What do you guys think?