One of the original creators of Assassin's Creed, Patrice Desilets, has revealed the first title of his newly formed studio, Panache Digital Games. The title is called Ancestors: The Humankind Odyssey. 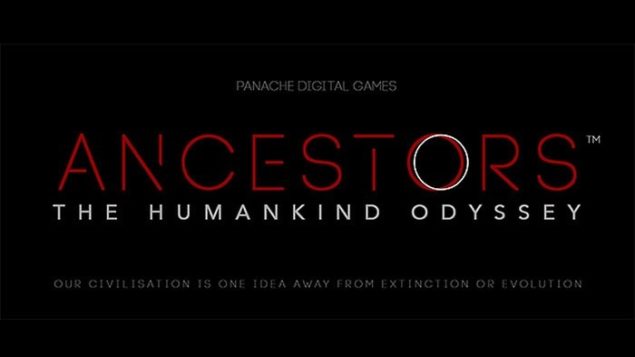 Ancestors: The Humankind Odyssey was revealed during a speech at reboot Develop 2015 conference in Croatia. Panache Digital Games only consist of six developers at the moment but they are hiring.

Our first game is Ancestors: the Humankind Odyssey.

Our game is a third person action-adventure survival episodic game.

Through each episodes, we want the player to relive the greatest moments of mankind with a documentary twist. Our civilisation is one idea away from extinction… or evolution.

Ancestors: The Humankind Odyssey will likely make an appearance at E3 2015 or Gamescom

No more information about Ancestors: The Humankind Odyssey is available at this point, but we will likely find out more at E3 2015 in June, or Gamescom in August. The premise does indeed seem quite intriguing, and both the survival and episodic aspects of the game seem rather interesting.

Patrice Desilets' creative vision revolutionized game design with the original Assassin's Creed. 2009 brought the Assassin's Creed II sequel and in 2010, Assassin's Creed Brotherhood. Désilets' other credits include Prince of Persia: The Sands of Time, as well as many others. Another AAA original IP, 1666: Amsterdam, was being developed in 2013. Patrice is inspired by history and the stories they tell, and all that is novel, beauty and design.

We make games because that's the medium we chose, or more appropriately, it's the medium that chose us to express ourselves. We're a bunch of industry veterans that got together to tell stories that we feel are original and cool, and think people would like to play.

We make AAA quality third-person action-adventure games, with a narrative twist. We're not a "me-too" company. We don't do trendy game models or content.

We promise to deliver the very best quality experiences that our fans will enjoy.

We value stepping out of the boundaries, doing things with Panache. We value beauty, originality and fun. We value growth, in our ideas, in our minute-to-minute execution, in our teams. We value our fans and what they say, what they feel. We value dialogue throughout all productions.

The game’s tagline is “the greatest journey of all, our own.”

We will bring you any news on Ancestors: The Humankind Odyssey as soon as it becomes available. Be sure to check out our Assassin's Creed coverage, here and here.

Interview with Patrice Désilets on Ancestors: The Humankind Odyssey and Playing the Most Badass Character That Ever Lived