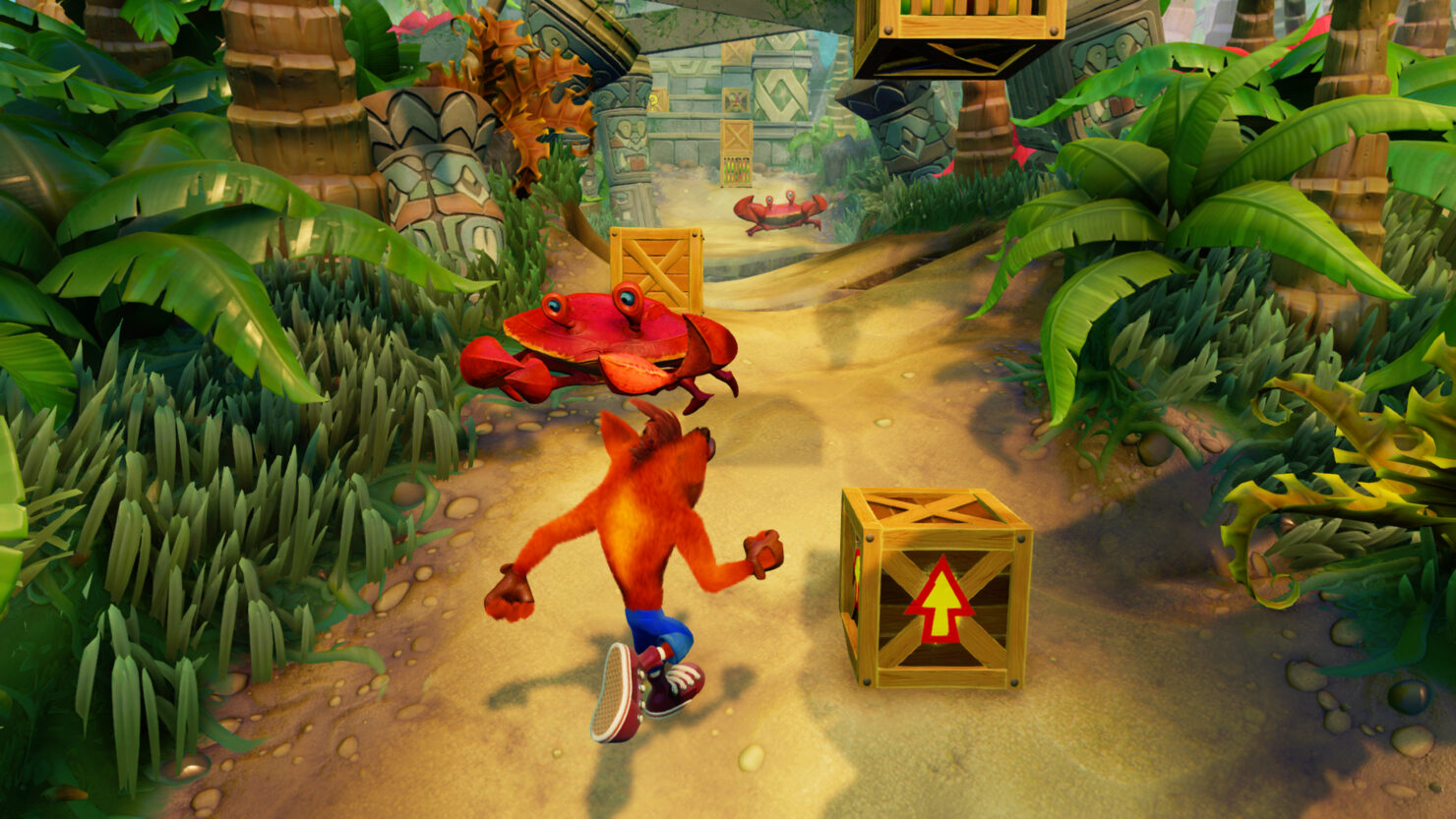 During a video interview with YouTuber HipHopGamer, Dan Tanguay (Game Director at Vicarious Visions) revealed that Crash Bandicoot N.Sane Trilogy will run at 1440P (2560x1440) and 30 frames per second on Sony's PlayStation 4 Pro. This suggests that it should run at 1080P@30FPS on the base PlayStation 4, in all likelihood.

He also admitted that they probably didn't push the PS4 Pro to its full potential because they have had to design the game for the base PS4 in the first place, though that is true for every game.

Crash Bandicoot N.Sane Trilogy is a collection of the three first installments (Crash Bandicoot, Cortex Strikes Back and Warped). Originally made by Naughty Dog and released on the first PlayStation console, they have been remastered by Vicarious Visions (the US development studio which is a subsidiary of Activision) to celebrate the 20th anniversary since the first game's original release.

The developers said they consider this to be a "remaster plus", describing something in between at traditional remaster and a full remake.

And the biggest question everyone keeps asking us, “Is this a remaster or a remake?”
The answer is not simple.
It’s practically impossible to make a traditional remaster of the original Naughty Dog games. They’re roughly 20 years old, and technology has advanced significantly in that time. The original code and assets are nearly unusable. Nearly.
But we don’t consider this a remake. We know how much you all love the original games, so we didn’t want to fully remake them. The N. Sane Trilogy is a remaster plus.

Using the original level geometry from Naughty Dog as a guide, we rebuilt the Crash gameplay from scratch, capturing its simplicity and precision. As the levels began to take shape, we layered in our own lush and zany art, animation, and audio.

Crash Bandicoot N.Sane Trilogy is set to be available for PlayStation 4 on June 30th worldwide. A recent rumor pointed out that it could be a one-year console exclusive, meaning that Activision could release it on Xbox One in June 2018.