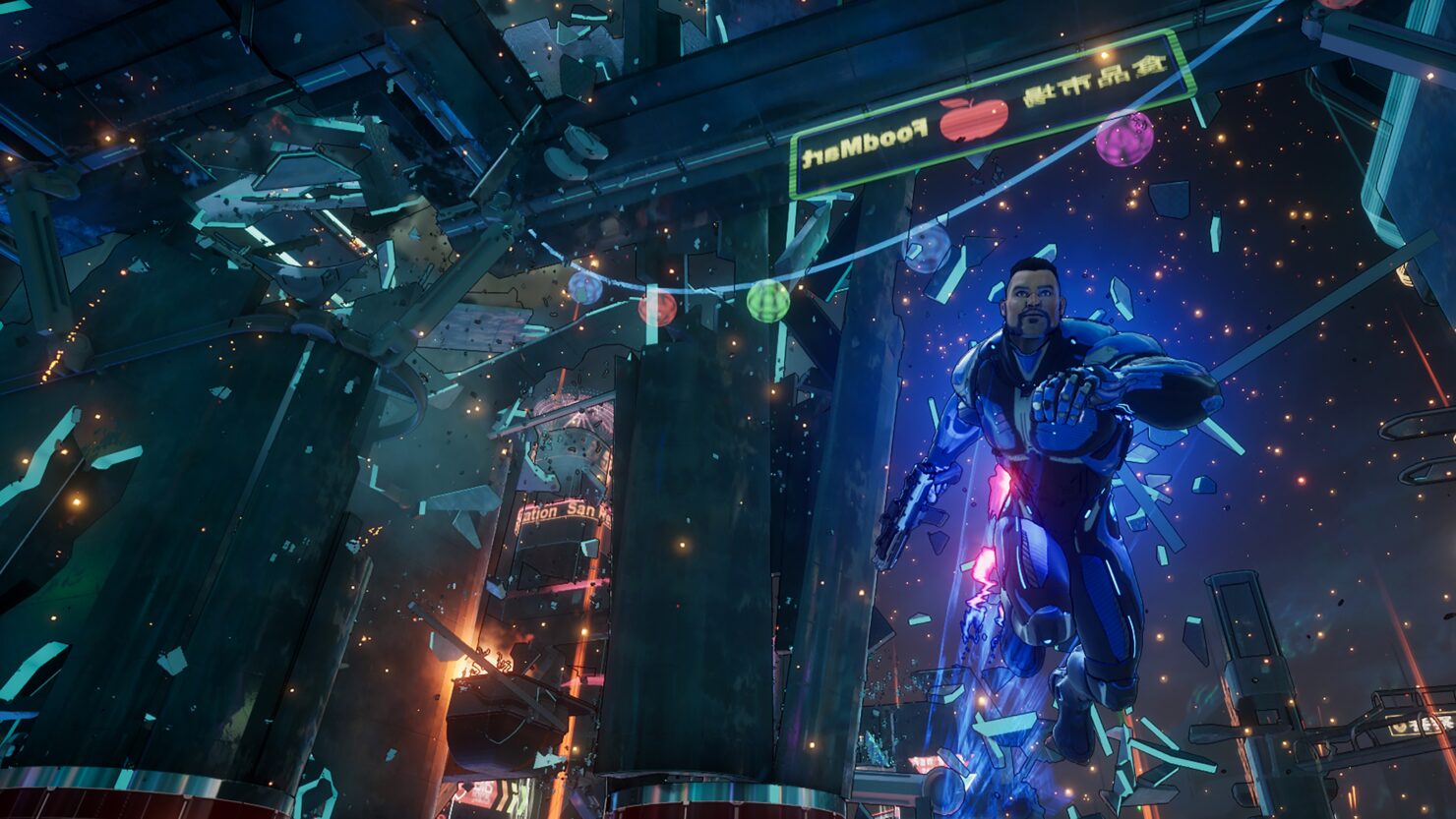 Wrecking Zone, the Azure-based cloud-powered multiplayer mode of Crackdown 3, has been the main topic of discussion throughout the game's development since the stunning destruction tech demo at Gamescom 2015.

It then proved to be quite difficult for the developers to transform that tech demo into a working and fun game, which led to multiple delays. When they finally did and were able to showcase Wrecking Zone once again in November, hopes of a large scale multiplayer (perhaps with a Battle Royale flair) were dashed by the developer's decision to limit matches to a 5-versus-5 affair.

In a Q&A published on the latest Xbox: The Official Magazine (February 2019, issue 173), Joseph Staten, Senior Creative Director at Microsoft Global Publishing, talked about this choice.

That was a design-led decision, it wasn't a technical constraint. Five versus five gave us a good balance, especially with map size and overall chaos. Crackdown 3 is very fast; you’re hyper-agile, the world is blowing up all around you and if you are surrounded by 50 other players it just becomes much harder, I think, to feel powerful. This way, you can really stand out, take aggressive actions and be rewarded for them. You can feel like an Agent. So, really, it came down to design; there’s certainly the ability to have more or less players but as we’ve playtested it over the years we just gelled around team-based five versus five action.

However, his colleague Jorg Neumann (Head of Production at Microsoft Global Publishing) seemed to suggest the exact opposite only a few months ago when he stated that there were memory limits to be taken into account in Wrecking Zone.

We prototyped a bunch of modes. We have all kinds of dreams how this can take off. People were asking about Battle Royale, “why aren’t there 100 players?” There’s a reason we have five versus five, and the map sizes too. There’s so much stuff that you need to keep in memory, due to the destruction, that there are limits. Once you have a map that is a nice size and creates the pace of destruction the way we dreamed of it, having more players can be counter-productive, but we’re still experimenting, the tech will evolve too.

In all likelihood, it could have been a bit of both, if we'd have to place a bet. Additional, perhaps larger modes may be added to the game after its debut, anyway.

Crackdown 3 is due February 15th (on the same day of Metro Exodus, Jump Force and Far Cry New Dawn) on Xbox One and Windows 10 PC.