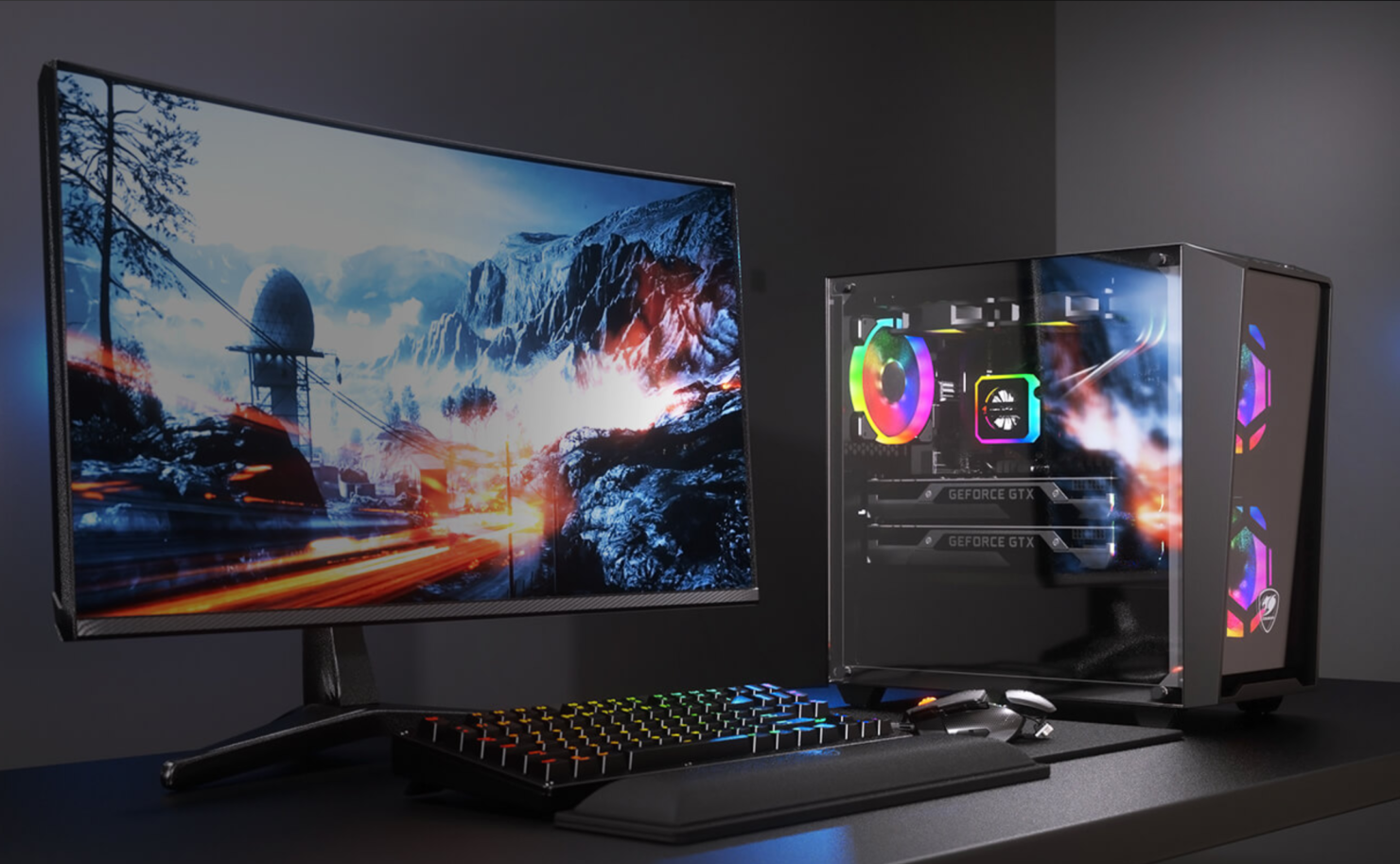 The MG120-G RGB PC case features an elegant but compact design that utilizes a dark mirror transparent front panel that showcases the three included ARGB VK120 fans. The design of this case is fantastic, featuring the black and grey color scheme, which makes this case an excellent choice for a home office or a high-end gaming setup.

In addition to the black and grey color scheme, this case features two tempered glass panels, with the front panel being a darker color. In contrast, the side panel is transparent, allowing for easy viewing of the installed components. 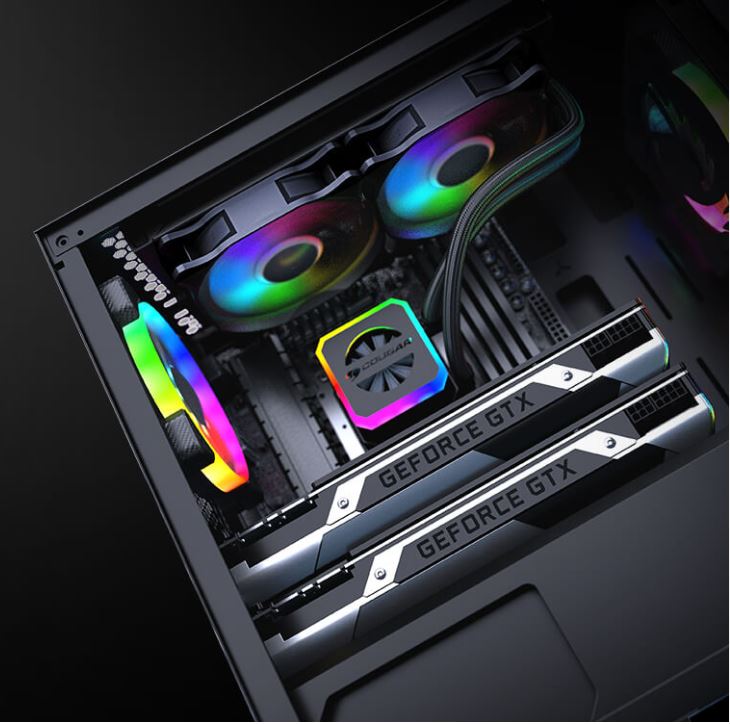 These fans are plugged into the included LED controller, which supports up to six fans and is compatible with the motherboards' 5V ARGB connector. These fans have an RGB diffuser ring, which allows for robust and bright RGB lighting effects to be shown throughout the system. These fans are equipped with a Hydro-Dynamic Bearing allowing for enhanced durability and near-silent operation even at the most massive workloads.

The front of the case can feature up to three 120 mm fans or two 140 mm fans, and the top panel features support for two 120 or 140 mm fans, and a single 120 mm fan can be mounted to the rear to act as a result. The front IO is somewhat limited, having just two USB ports alongside the two 3.5 mm audio input and output jacks. 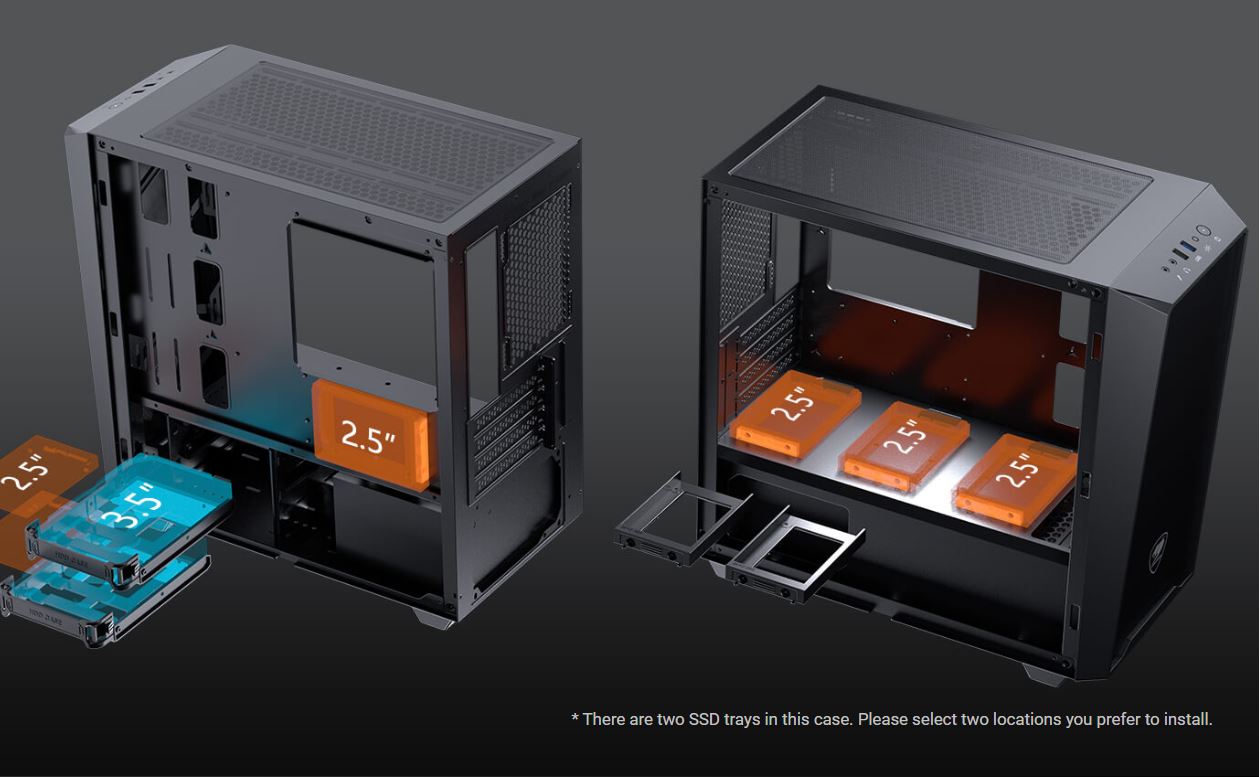 For storage, this case features support for three 2.5" SSDs on the PSU shroud, one 2.5" SSD mounted to the backside of the motherboard tray, and two 3.5" HDDs can be installed int the drive cage. Sadly, Cougar has yet to reveal any information regarding pricing or availability for the MG120-G RGB Micro-ATX PC Case.