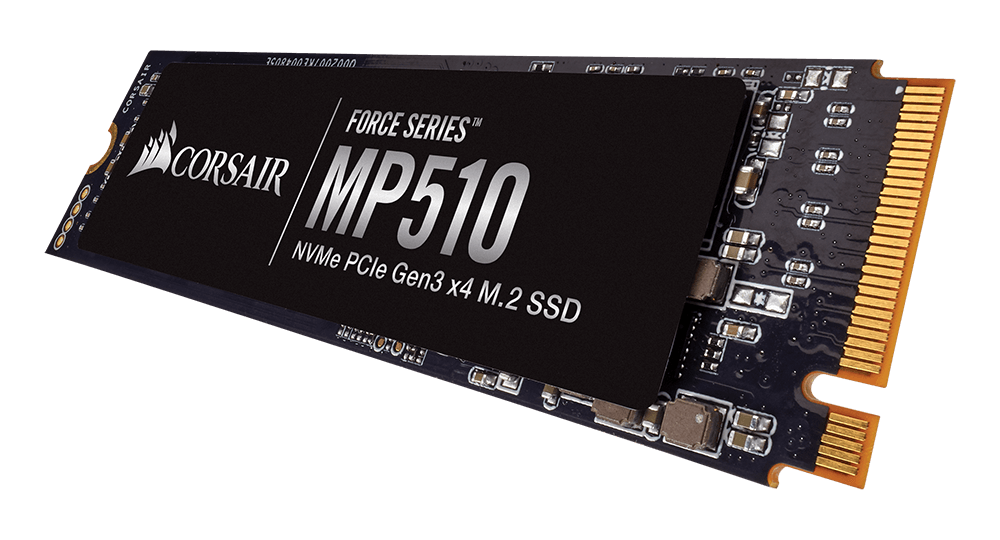 CORSAIR today announced the CORSAIR Force Series MP510 M.2 PCIe NVMe SSD with a capacity increase to 4 terabytes, the latest and fastest in its range of M.2 solid-state drives. The MP510 delivers blazing fast sequential read speeds up to 3,480MB/sec, and sequential write speeds up to 3,000MB/s, making it CORSAIR’s highest performing SSD yet.

Corsair Adds 4TB Model To MP150 M.2 NVMe SSD Lineup - An Increase In Capacity With High Speeds And An Even Better Endurance

Available in 240GB, 480GB, 960GB, 1920GB, and now a capacity of 4TB, the MP510 offers extreme storage performance in the ultra-compact and simple M.2 2280 form factor, fitting directly into a motherboard or notebook. Utilizing the ultra high-speed NVMe PCIe Gen3 x4 M.2 interface for maximum bandwidth, the MP510 leaves traditional SATA 6Gbps and even previous generation M.2 SSDs in the dust. Loading everything from large video and image files to games, applications, or the operating system faster than ever before, the MP510 supercharges your system’s performance, whatever you’re doing. 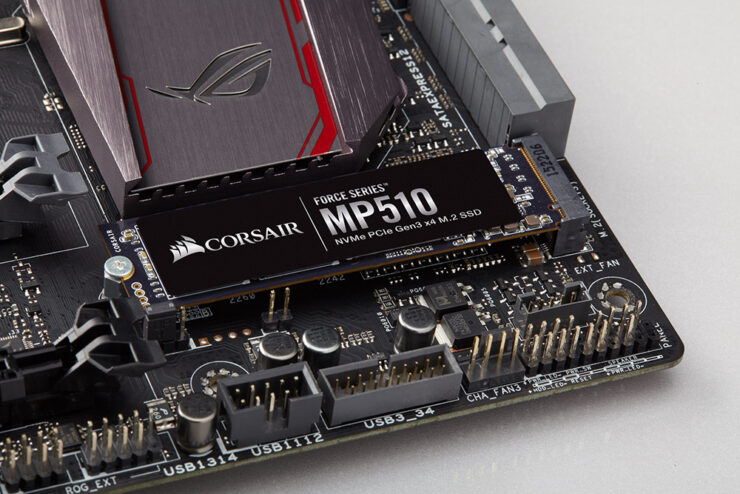 The drive retains its Phison PS5012-E12 controller but paired with 96-layer 3D TLC NAND flash. The drive retains the manufacturer-rated performance numbers for the 2 TB variants. It features up to 3,480 MB/s sequential reads, up to 3,000 MB/s sequential writes, up to 580,000 IOPS 4K random reads, and up to 680,000 IOPS 4K random writes. These are identical which means they will both have great performance with an increased capacity. With the high capacity comes the high endurance, and the MP510 with a 4TB capacity enjoys an endurance of 6,820 TBW. This makes this drive well suited for those in need for extra storage that is fast.

Backed by a comprehensive five-year warranty, there’s never been a better time to upgrade to NVMe if you want to go faster. It goes on sale on June 4th, and the drive is expected to be priced around $800.