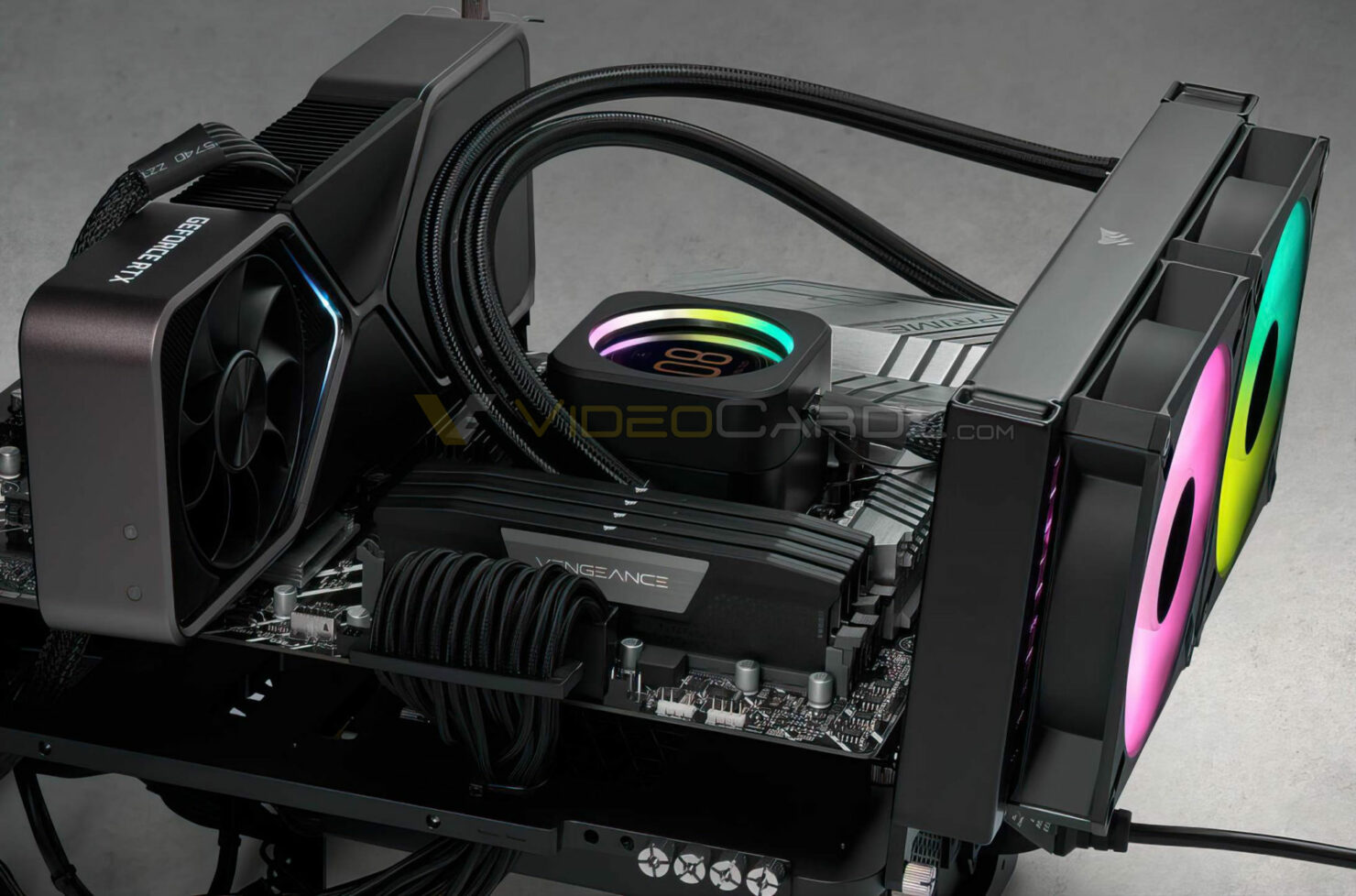 Corsair is working on a next-generation lineup of AIO Liquid Coolers which will be compatible with Intel's Alder Lake Desktop CPUs. The company teased the AIO series on its Instagram page but the leaks were fast to unveil the whole product.

Update: Videocardz has leaked out even more pictures of the AIO Liquid coolers, showcasing the new pump and fan design.

Corsair only showed a brief teaser in which they highlight the spiral RGB design along with the new LCD panel that will be incorporated on the AIO pump. But the leaks by Videocardz show us the full design of the next-gen lineup. Currently, Corsair has its iCUE ELITE lineup of coolers which come in 240, 280, 360 & 420mm radiator sizes. Corsair is most likely to keep the same configurations for its brand new lineup but the biggest changes will come in the design itself. 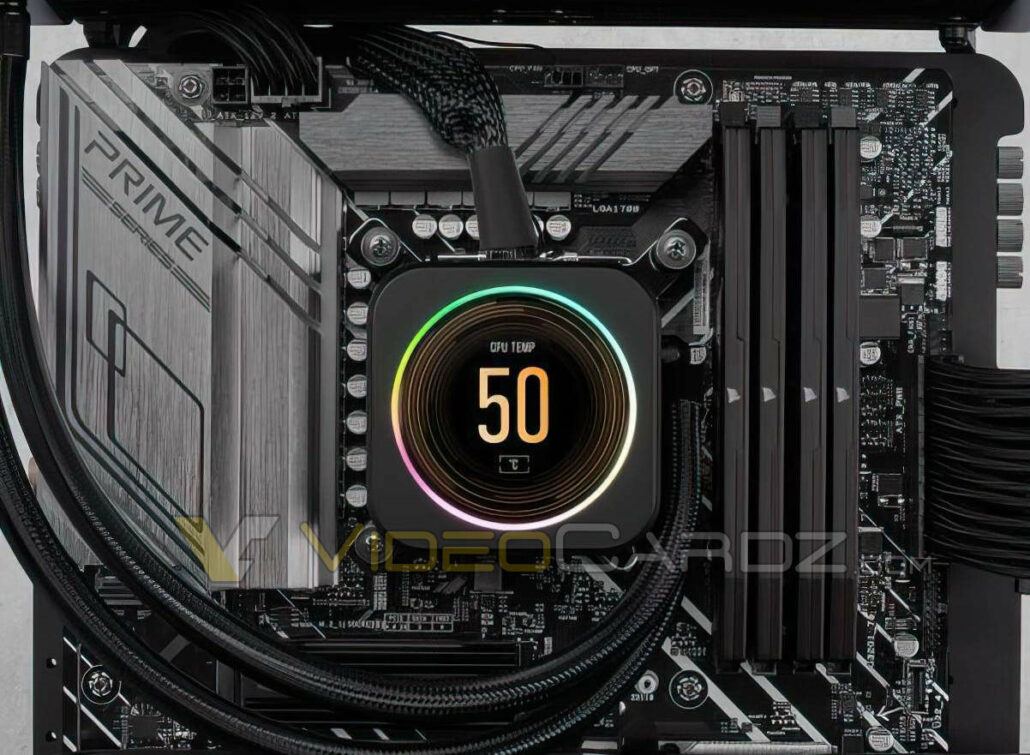 The pump still features a square shape but now comes with an LCD panel that will be compliant with Corsair's iCUE suit and displays useful metrics such as temperatures, pump speed, and even the coolant temperature. The configuration shown by Corsair seems to be either a 240 or a 280mm variant which is featured on an ASUS Z690 PRIME series motherboard alongside the latest DDR5 Vengeance series modules. The fans on the radiator feature ARGB Lighting and the design looks pretty decent overall. Of course, users will also want to learn more about the cooling performance of Corsair's latest AIO lineup as they will be paying top-dollar for these high-end cooling solutions.

Since the AIO coolers will be a fresh release, we can definitely expect Corsair to include LGA 1700 mounting kits with them. There are at least three cables (2 x tubes and 1 x software cable), all are braided, running through the CPU pump block. Corsair has stated that they will be unveiling more information next week.