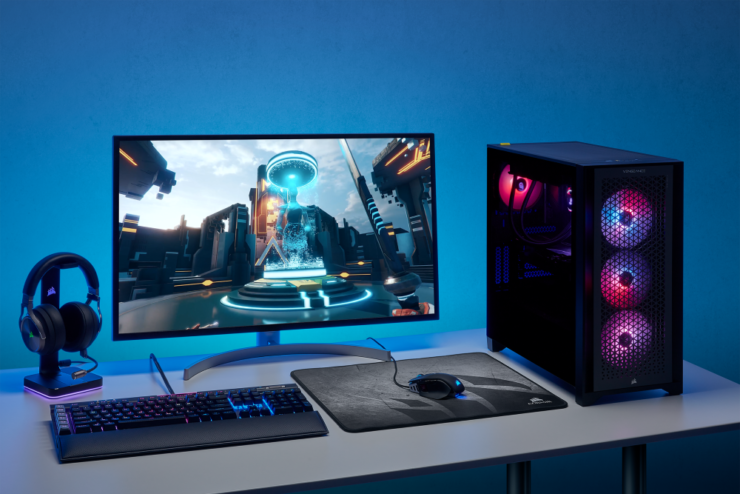 CORSAIR, a world leader in high-performance gaming peripherals and enthusiast components, today announced a new series of range-topping models to the acclaimed CORSAIR VENGEANCE lineup of gaming PCs, the VENGEANCE i7200 Series. Equipped with a 10th Gen Intel Core CPU, these formidable systems are the first in the VENGEANCE PC lineup to feature the raw ray-tracing power of new NVIDIA GeForce RTX 3080 and 3090 GPUs, complete with a full range of award-winning CORSAIR components, including new CORSAIR 4000D AIRFLOW Cases.

Features The Latest GPUs For The Best Graphics Currently Possible

The new NVIDIA GeForce RTX 30 Series GPUs, the 2nd generation of RTX, feature new RT Cores, Tensor Cores, and streaming multiprocessors, bringing stunning visuals, amazingly fast frame rates, and AI acceleration to games and creative applications. Per NVIDIA – powered by the NVIDIA Ampere architecture, which delivers increases of up to 1.9X performance-per-watt over the previous generation, the RTX 30 Series effortlessly powers graphics experiences at all resolutions, even up to 8K at the top end. The GeForce RTX 3090, 3080, and 3070 represent the greatest GPU generational leap in the history of NVIDIA. 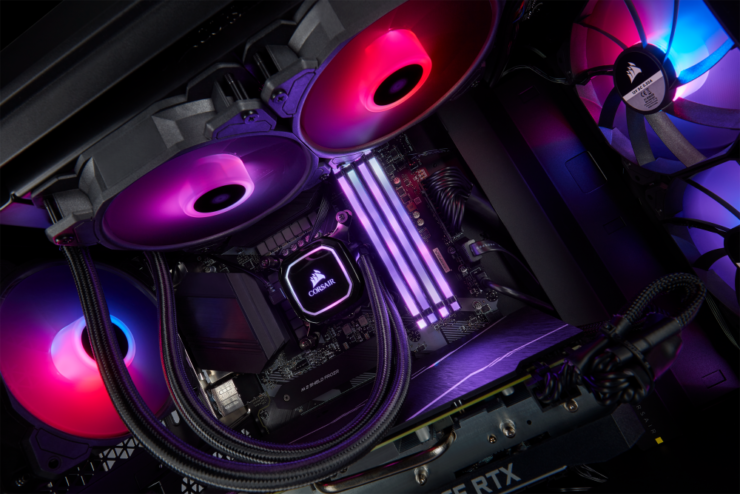 Every VENGEANCE PC is built with carefully selected hardware by the PC experts at CORSAIR so that every component works together flawlessly. With a host of high-performance components and your choice of either a new NVIDIA GeForce RTX 3090 or 3080 GPU, the VENGEANCE i7200 Series is able to crush even today’s most demanding games at max settings at 4K, stream at 1080p and 60fps, or both at the same time, right out of the box. VENGEANCE i7200 Series PCs also look fantastic both on-camera and off thanks to 104 total individually addressable RGB LEDs delivering amazing lighting effects, fully customizable and synchronized system-wide, through CORSAIR iCUE software.

Available in five different configurations, VENGEANCE i7200 Series PCs offer a choice of either of NVIDIA’s new range-topping GPUs – the GeForce RTX 3080 or the GeForce RTX 3090. VENGEANCE i7200 Series PCs also offer a range of the latest 10th Gen Intel Core CPUs, up to an i9-10900K, for blisteringly-fast CPU speeds and massive multi-core performance. Each VENGEANCE i7200 system features CORSAIR VENGEANCE RGB PRO 3,200MHz DDR4 memory, high-bandwidth M.2 NVMe SSD storage, a CORSAIR RM or RMx Series power supply, and a CORSAIR H100i RGB PRO XT liquid CPU cooler, built into a new CORSAIR 4000D AIRFLOW case. And as every component comes from CORSAIR, you know it all just works together.