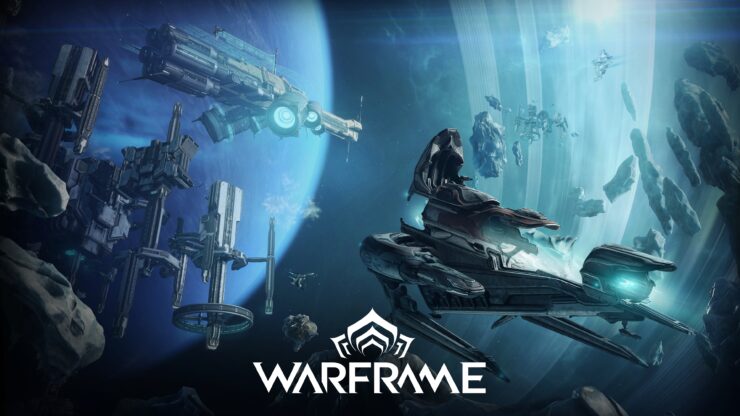 This is one of the biggest Warframe updates released to date, greatly overhauling the Railjack experience while providing new content in the Corpus Proxima area, located around Venus, Neptune, and Pluto.

Build, Board and Battle

Re-worked to embody the core Warframe experience, every aspect of Corpus Proxima & The New Railjack’s redesign is renovated and simplified for less grind and less reliance on matchmaking. Now, all players can enjoy building their personal Railjacks, boarding Corpus Capital ships to sabotage from within, or annihilating them with an arsenal of new ordnance.

By introducing the heavy guns of Necramech gameplay into Corpus Proxima & The New Railjack, players will experience a new sense of variety, surprise, and powerful artillery to crush Corpus forces into oblivion.

With the expansion of Orphix mode (introduced in the Orphix Venom Event late last year) into space battles, players can now board enemy ships and take down sentient invaders using Operators and their devastatingly powerful Necramechs. By weaving in familiar gameplay elements in a new way, players can now hunt and collect valuable Arcanes to boost their Warframes instead of earning currency, and crack relics to unlock Warframes and for the first time, Warframe Primes, such as Ash Prime!

And blending even more variety into Corpus Proxima & The New Railjack, the all new mission “Volatile” invites players to take on the ultimate challenge -- to sabotage the biggest enemy threat, the Corpus Capital ship! Help Cephalon Cy from the inside to create a Reactor failure while fighting off enemy engineers bent on your destruction. This is just the beginning of a slew of new content with more to come!

The re-worked, improved Command Intrinsics give battle-ready Tenno more control, more gametime, and less waiting around. Command your own NPC crew  by recruiting, leveling up, customizing and commanding AI.

Similarly, the newly reworked Avionics System shifts power from the ship to the individual player using the Harness System, so players use their individual skills and powers, as well as squad-wide buffs, to customize their Railjack crews for more control and deadlier firefights.

More Fun, Less Grind
The more streamlined experience also means players don’t need a Dojo or Drydock to own a Railjack, and Relays will play a more intuitive part in recruiting crews for missions across a variety of planets.