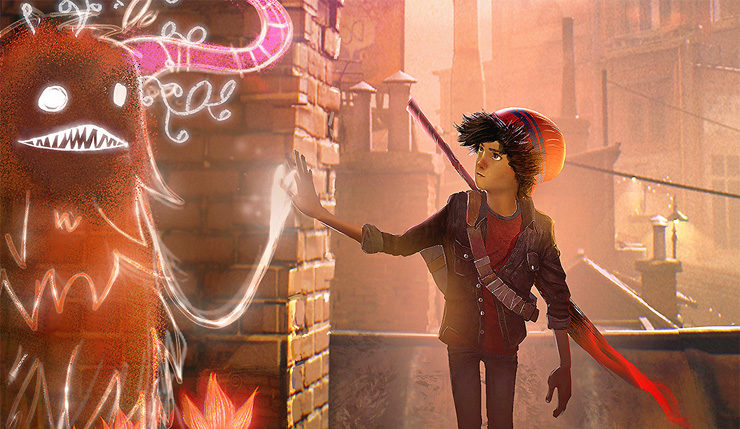 One of the last Sony-published PlayStation 4 exclusives has been given a release date. Concrete Genie, the stylish puzzle-platformer from developer PixelOpus that lets players create their own living graffiti, will be coming out this October. You can check out a new trailer for the game, below.

Sony has also revealed Concrete Genie will ship with a photo mode. Here are the details:

We’re thrilled to confirm that a Photo Mode will be available for Concrete Genie at launch. We have added a special feature to it – a time-lapse style ‘Replay’ that allows you to show how you put your artistic compositions together. We can’t wait to see the images and clips of the artwork you’ll create once you get your hands on this feature. 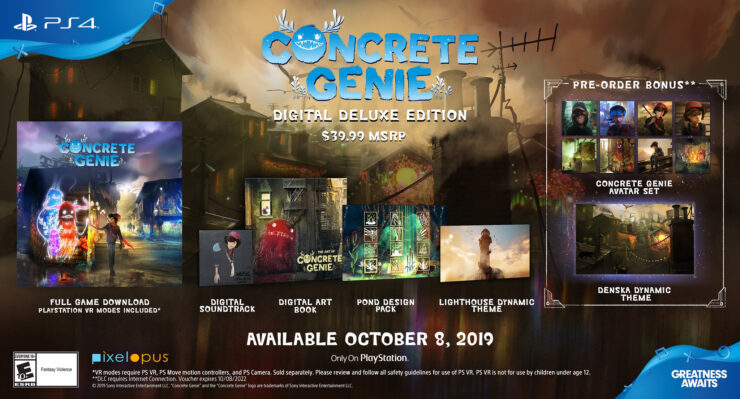 We have a great Digital Deluxe Edition available for people who want to immerse themselves even further in the hand-crafted world we’ve made for Concrete Genie. You get a Digital Artbook featuring a ton of stunning development images created by Art Director Jeff Sangalli and our amazing art team, a complete soundtrack from the game composed by Sam Marshall, a Pond Design Pack to expand your design toolset, and an additional Dynamic Theme featuring the Lighthouse location from the game.

Concrete Genie will leave its mark on PS4 on October 8. What do you think? Interesting in exploring your artistic side? I got the chance to play the game back at E3 2018 and was fairly impressed. With luck the game has only improved since then!