Computex’s physical trade show has once again fallen victim to the Covid-19 pandemic, with the Taiwan External Trade Development Council (TAITRA), its organizer, announcing today that the show would go fully virtual this year.

With another wave of coronavirus pandemic across the world, it doesn't look like we are close to the end. The majority of the show's stakeholders, including international exhibitors, visitors, and media, cannot join the show due to border control. Therefore, the organizers of COMPUTEX have decided to cancel the onsite exhibition this year.

Instead, event organizers say that a parallel virtual show, #COMPUTEXVirtual, will continue as planned scheduled for the entire month of June.

Insiders in Taipei working behind the scenes for the show say most hardware companies will be having their own events online before #COMPUTEXVirtual kicks off anyway and will be having a minimal presence at the virtual trade show. Normally most major hardware vendors, like Asus, Acer, and MSI have their own physical events before Computex kicks off along with a booth at the show but this year they will focus primarily on their own events.

In March 2020 TAITRA said that Computex would be postponed to September 2020 as Taiwan had sealed its borders to non-residents earlier that month. In June of last year, organizers postponed the show until 2021. 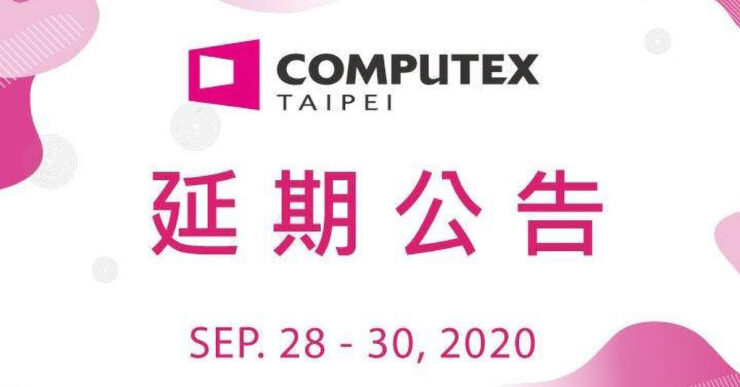 During the early days of the outbreak in February 2020 organizers said the show would go on as planned, albeit with mask-wearing and plexiglass.

As of last week, the physical show was still scheduled to go ahead, albeit with a smaller footprint in Taipei.

In 2003, with the outbreak of SARS, event organizers moved Computex to September instead of the usual calendar placement of June.

Given that community transmission of Covid-19 is non-existent in Taiwan, local trade shows still go on as planned in the country. Since the start of the year, over a dozen trade shows have taken place at the Taiwan World Trade Center exhibition hall, one of Computex’s venues, with only minor adjustments to programming.

Hopefully, with continued vaccine rollouts, we'll be able to see Computex return in grand form in 2022.