Company of Heroes is without a doubt one of gaming's most loved World War RTS games with amazing graphics and an amazing story with a good cast of characters to back it up, while the game has been under the radar for some time now it seems to have emerged out of it's shell on to the latest issue of PC Gamer, the game will be developed by Relic Games and you know those guys have a good handle on RTS Games 😉

If you are upset about the lack of World War centric games of today then Company of Heroes is making a comeback, the RTS based on World War's is making a stunning comeback out of the blue and is being developed by Relic Games who are known for their Amazing work with the Dawn of War Series. The game came out of it's shell not too long ago on the cover of PC gamer along with some nice details regarding the game, The quality of the images is superb and you can easily read all the text perfectly up till the folds in the pages to where it cuts off.

The game makes us visit World War 2 in an RTS which hasn't been done in a while considering how studios now a days are focusing more on futuristic and modern date games and Company of Heroes stays true to it's roots by continuing its legacy of World War centric games. 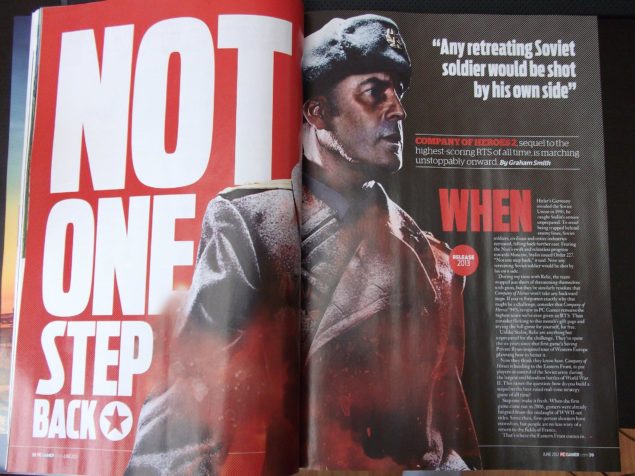 The game will release in 2013 for the PC of course and ton's of details are sure to follow it.

ARK & Company of Heroes Are Free On Steam This Weekend