Colorful, a leading Chinese manufacturer for some of the most high-performance non-reference NVIDIA graphic card is planning to launch their most powerful creation yet - the iGame GTX 780 Ti Kudan. Colorful has already released a non-reference air-cooled variant of the iGame GTX 780 Ti but this model incorporates a totally new cooling scheme that features a hybrid cooler. 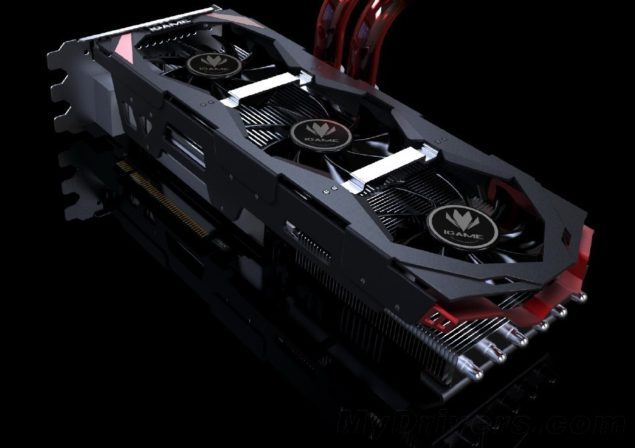 Most of us would be disappointed with ASUS's recent ROG GTX 780 Poseidon graphic card which looks great but features a GeForce GTX 780 under its hood which isn't NVIDIA's top of the line chip anymore. Colorful took their own approach towards hybrid cooling (water plus air) and has come up with the latest iteration of the Kudan cooler.

The Colorful iGame GTX 780 Ti Kudan features NVIDIA's full fledged GK110-425 B1 core with 2880 Cuda Cores, 240 TMUs, 48 ROPs and a 3 GB GDDR5 memory running along a 384-bit wide interface. We don't have any specific details regarding the clock speeds for core and memory but judging by Colorful's history, the core clock would reach for the skies and with an additional Turbo switch which would enable the BIOS packing the higher clock speed configuration. The card would be powered by dual 8-Pin connectors and the PCB would feature a non-reference design similar to the one featured on the iGame GTX 780 Ti. The iGame GTX 780 Ti Kudan will support 4-Way SLI so one could imagine the kind of performance to expect when four of these cards are running along side each other (It will be over 9000).

The cooler on the Colorful's iGame GTX 780 Ti Kudan is an absolute monstrosity with a triple slot and triple fan design which push air towards a large central heatsink equipped with 6 pure copper heatpipes to dissipate heat from the GPU. Additionally, Colorful has taken one step forward and followed ASUS's engineering by offering a similar Hybrid cooled approach. Just like the DirectCU H2O, the new Kudan cooler has two inlets which can be equipped with water pipes if you are using such a setup to offer additional cooling to the core. This is completly optional and those who want to stick with air cooling can do so without using the water cooling setup. You can also use both air and water cooling at the same time if you have a water cooled rig for additional cooling incase you are overclocking.

The black and red theme looks gorgeous on this card and it also comes with a pulsating iGame LED on the side which provides a cool look. The iGame GTX 780 Ti Kudan is expected to launch in December 2013 at a premium cost over the reference models. Another beastly custom GTX 780 Ti is being prepared by EVGA called the EVGA GTX 780 Ti Classified Kingpin edition which you can see here. 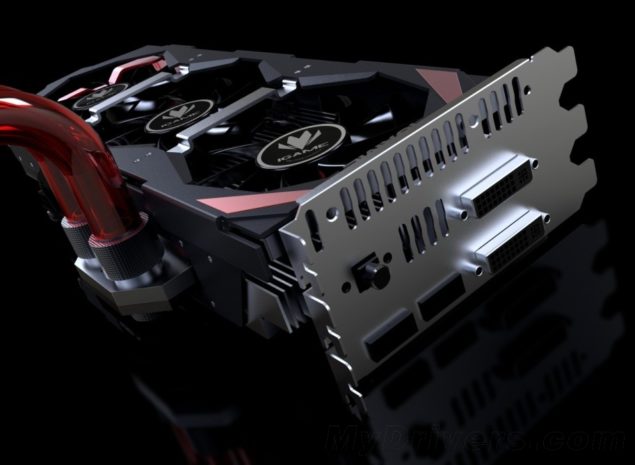 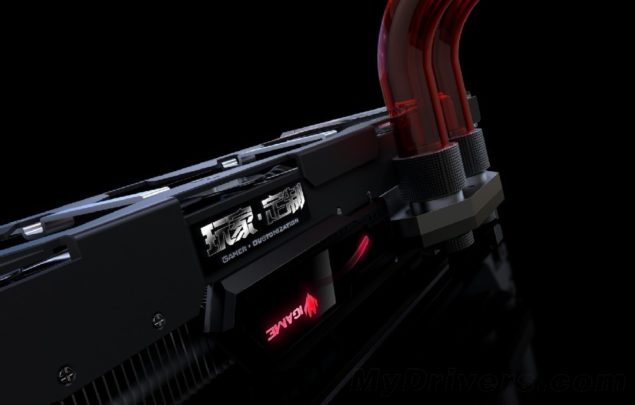 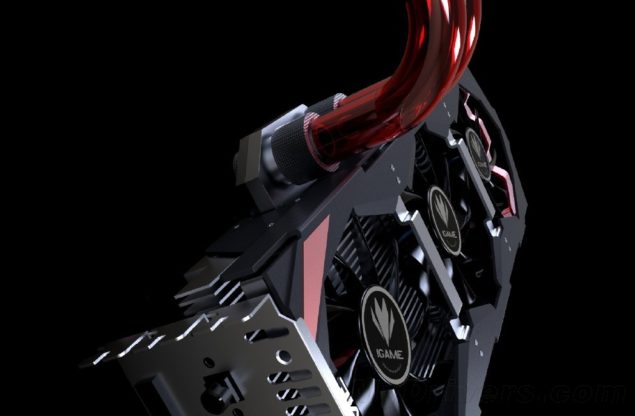