It looks like NVIDIA has given the greenlight to AIB partners over non-reference GeForce GTX 780 Ti graphic cards. Only a few hours ago did we posted an article of an upcoming special edition card from EVGA and now ASUS has posted a preview of their own ROG GTX 780 Poseidon graphic card which features a hybrid cooled design. 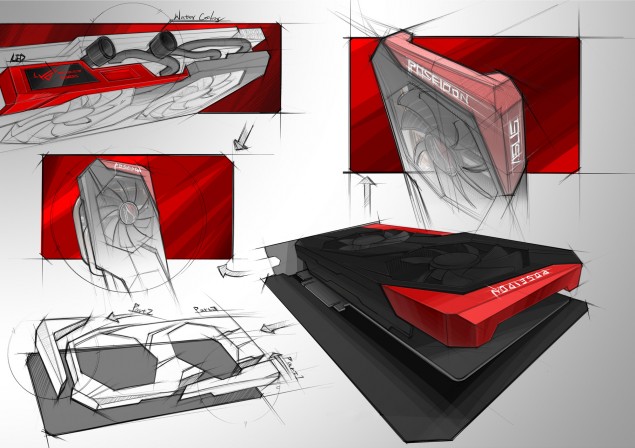 ASUS Shows Off The ROG GTX 780 Poseidon With Hybrid Cooling

Past Information -The ASUS ROG GTX 780 Ti Poseidon falls under the ROG branding which is used for the ASUS’s premium line of products designed for enthusiasts and gamers. The ROG GTX 780 Ti Poseidon will make use of the latest GK110-425 B1 core architecture that features the fully enabled mammoth 2880 cores, 240 TMUs and 48 ROPs. It will possibly ship with a 6 GB GDDR5 VRAM like the EVGA card or stick with the 3 GB memory running across a 256-bit interface. We don't have any specifics regarding the clock speeds but from the picture, the card requires an 8+6 Pin power configuration to boot.

While this is just a teaser currently, ASUS had to say the following about their new creation:

Here’s a taster of our new ROG graphics card below, to see how we designed its shape and styling. You’ll see more very soon (especially those of you attending Dreamhack Winter!)

More information during the ongoing Dreamhack Winter event seems great since it just kicked off today. Maybe some good fellow will upload pictures or possibly a video showcasing the card itself. As for the design, it looks like a better revision of the first iteration of the Poseidon cooler and looks bigger too which definitely means that its using a custom PCB design.

The cooler shroud sticks with the ASUS ROG black and red color theme while the dual fans push air towards the center of the large aluminum fin array with heatpipe design. But since the ROG GTX 780 Poseidon is a hybrid design, you can select to use Air cooling, Water Cooling or both which is effective. The Direct contact base comes with a metal bracket which is pretty large and features two inlets provide water flow that transfers coolant to the copper base. Plus that ROG emblem on the side is a glowing LED which will provide nice look in your case.

We are definitely eager to learn more about the ROG GTX 780 Poseidon from ASUS and especially its price. The last ASUS ROG Poseidon based product which was initially announced at Computex 2013 never went on sale and is probably canned by now. I hope that the new product doesn't share a similar fate as its older sibling.

Update - More slides have been posted by ASUS ROG Australia which detail the custom PCB and cooling design featured on the ASUS's ROG GTX 780 Poseidon! 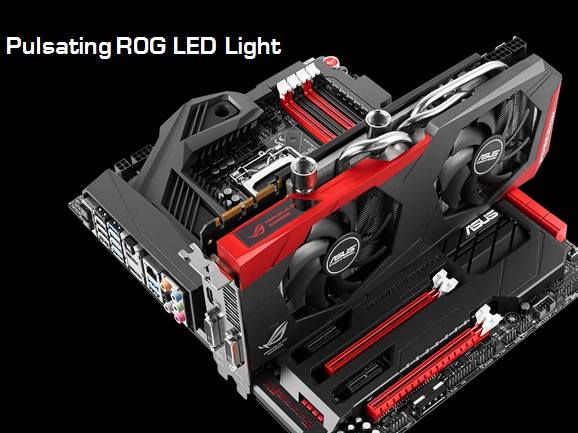 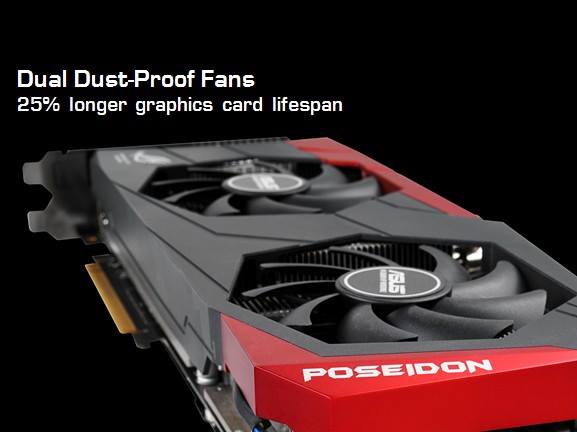 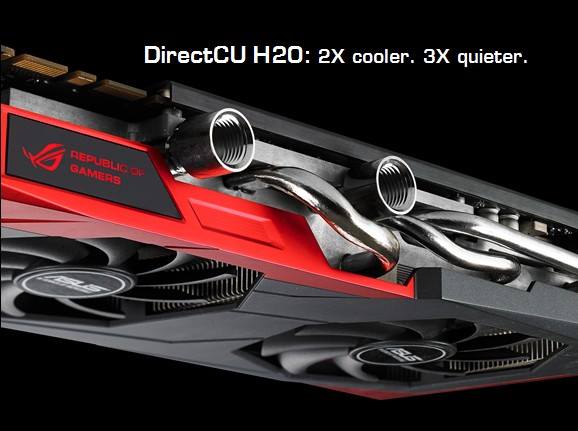 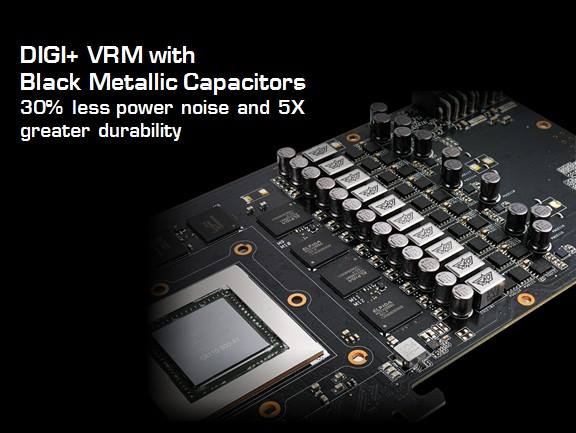