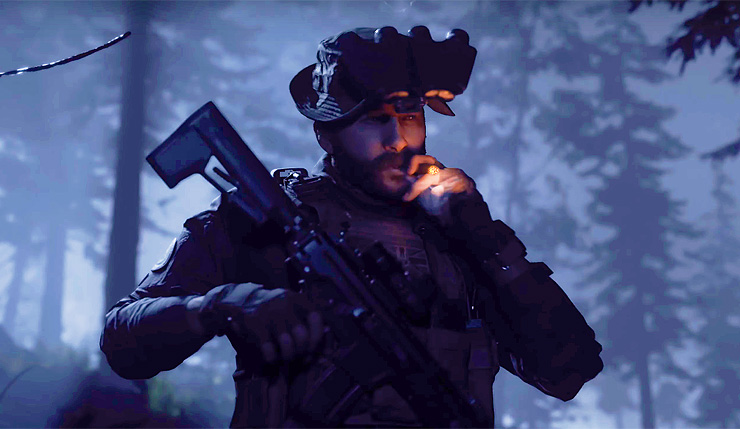 [Update 19/11] Infinity Ward has just rolled out the patch 1.09 for all platforms. We've made a separate article covering the release notes for this update.

[Original article] Call of Duty: Modern Warfare Patch 1.09 for PC, Xbox One and PlayStation 4 is inbound and is currently being tested by Infinity Ward.

Activision and developer Infinity Ward released the 1.08 update earlier this week, and the game’s development team is already hard at work on the next patch for all platforms.
As confirmed by Infinity Ward’s communications manager, Ashton Williams, Modern Warfare Patch 1.09 will address various officer progression and challenge bugs.

Working a patch that includes fixes for a good handful of challenges and officer progression bugs. No ETA on when it’ll go live, but it’s currently being tested. #ModernWarfare

In addition, the patch should also fix the ground war spawn bug where the loadout screen keeps appearing.

The game’s development team is currently testing the update but an exact release date for the 1.09 patch hasn’t been shared yet.

Call of Duty: Modern Warfare is available worldwide for PlayStation 4, Xbox One and PC. The Modern Warfare reboot was released last month and has already received various patches since its release.

Take on the role of lethal Tier One operators in a heart-racing saga that will affect the global balance of power.

One narrative connects Campaign, Multiplayer, and Special Ops. Cross play brings players and the community together. Free maps and modes arrive on all platforms at the same time. The new game engine enables the most photo realistic environments ever seen in this franchise. And Modern Warfare delivers the largest technical leap in Call of Duty history.