This year, Intel hosted the APAC Cloud Summit in which the chip maker shows potential benefits and evolution of Cloud computing. Cloud Computing in general is a mean of storing large amounts of data in number of networks, servers, and storage systems.

As you may have noted, over the last decade data output from each individual has exponentially increased with the whole world producing 2.5 Exobytes of data per day. Storing this information is a massive hurdle in the IT world, furthermore protecting it. Intel has the solution to this issue, its Cloud Computing. 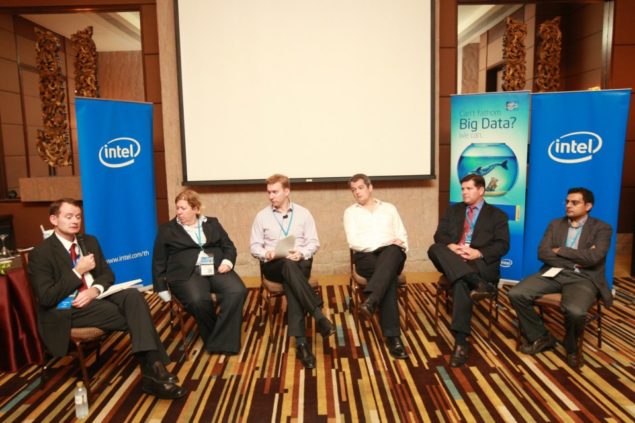 For this purpose, Intel has a wide range of processors with server-class features from the mobile Atom to the HPC Xeon chips. Atom which was previously limited to the netbook has now entered its desktop iteration with the new  7Watt Centerton targeted at low-cost and energy-efficient servers. There are also Core i5, Core i7, Xeon E3 families of processors which can power microservers and workstations that are capable of performing local analytics whereas the top chips consisting of Xeon E5, Xeon E7 and Xeon Phi would take a bigger role in such Cloud servers handling and storing large amounts of data.

Intel China’s IT Country Manager, Liam Keating had also explained in the summit of how the huge savings that companies have been able to gain via cloud computing such as the fact  they had been able to cut down $9 million on costs thanks to their internal cloud computing efforts.

Even today, cloud systems have been divided up into two major categories namely private and public. The pair will soon tend to merge into becoming a hybrid cloud in the near future as the investments into cloud computing has been growing at an exponential scale and is expected to maintain that place till at least 2020. 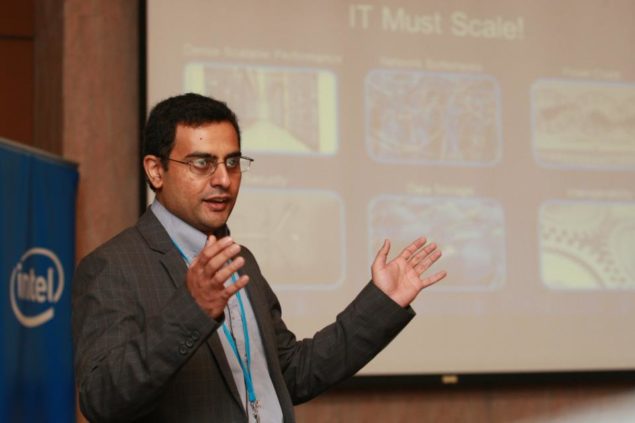 RK Hiremane from Regional Product Marketing, DCSG, and the Intel APAC had pointed out that through Intel-introduced technologies like Intel Integrated I/O, PCI-Express 3.0, 10Gb Ethernet, and Intel Data Direct I/O had much emphasis on cloud computing throughout the presentation. 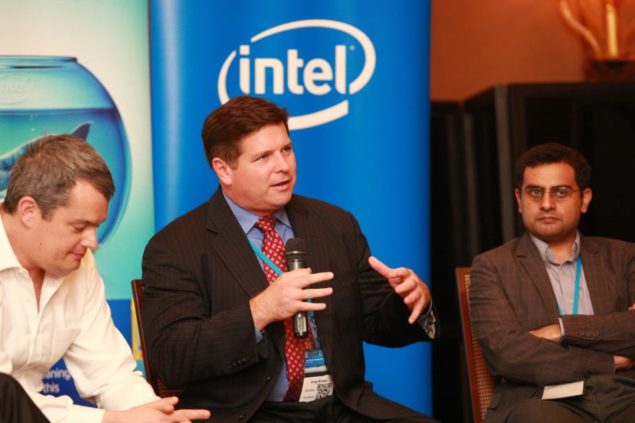 Coming onto security, Greg Brown of McAfee had explained of how hackers and other online threats have managed to access data illegally on the cloud as well as how the partnership between Intel and McAfee has come up with a comprehensive set of security solutions from the hardware up to the software level that will help in keeping data safe and encrypted from the wrong hands that is too IF someone manages to.

While Intel seems to be focusing alot on Cloud computing these days, AMD has also shown a glimpse of its own sort of Cloud computing effort known as "Surround Computing" with its Steamroller core architecture which launches in 2013. Not only AMD, but NVIDIA too in its own effort is preparing new VGX boards  dedicated to cloud computing and based on the Kepler architecture. Each such board consists of four Kepler cores empowering the cloud systems. All in All, the next few years would really determine the true benefits of Cloud Computing.