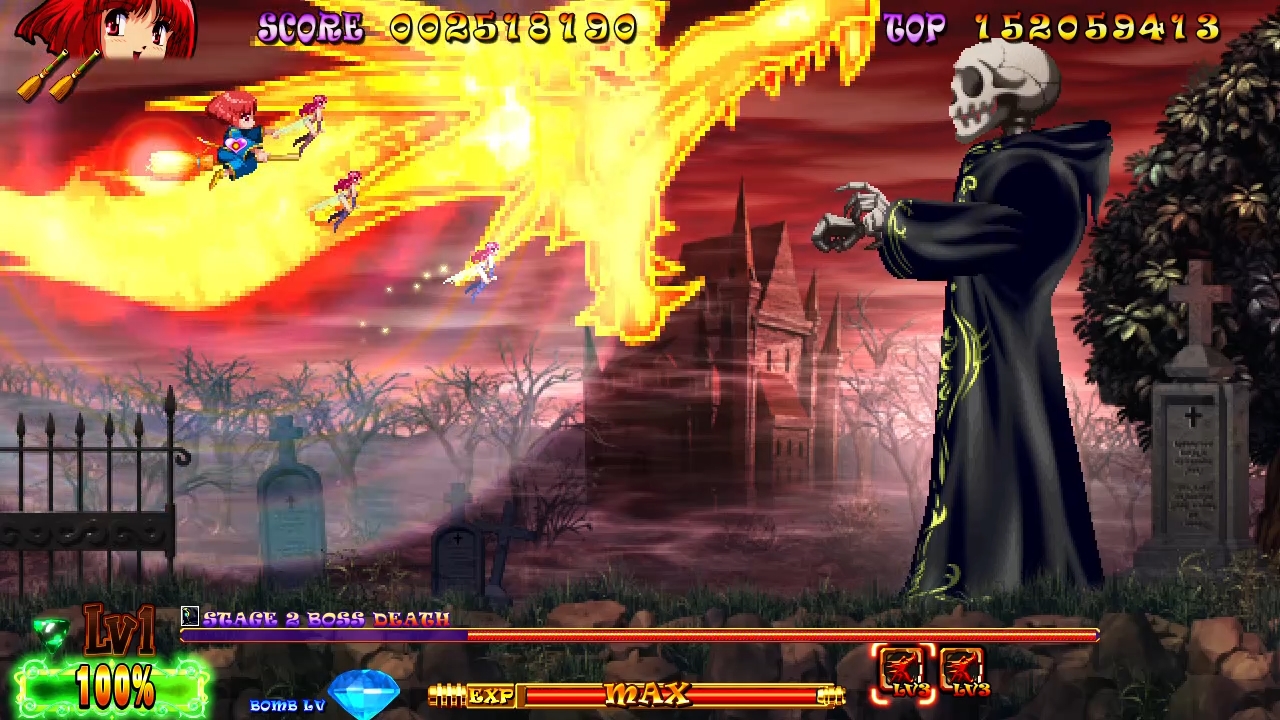 One of the most revered shmups (shoot-em-up) in the TurboGrafx lineup is a relatively obscure title known as Cotton: Fantastic Night Dreams. Its absence in the TurboGrafx-16 Mini was notable, especially when physical copies hover in the $200 range. Rather than let this colorful shmup languish in the 90's, ININ Games and BEEP have announced that the title will be remastered for both PlayStation 4 and Nintendo Switch with the aptly-named Cotton Reboot!

Shoot-em-up with an adorable main character

A young witch called Nata de Cotton is hot headed, immature, overreacts and rides on a broomstick, accompanied by a fairy named Silk. Cotton is crazy about candies called “Willows”. Those candies are so good that she won’t let anything get in her way to get them. Talk about sugar cravings!

Armed with explosive fire power, a cast of cunning enemies to confront and some enchanting and beautiful graphics sees this endearing title as one that enlightens the imagination. Cotton will embark on her journey through the game's seven amazing colourful stages with the hope that she will be rewarded at the end. As you move through a graveyard with wormed eyeballs or through a forest with trees that are part human form, eyes and mouth, hails of bullets and triple lazer fire from Cotton’s latest weapon resource that can be swapped and changed throughout as an endless onslaught of enemies fill the screen with their own arsenal of power. Avoid and maneuvering becomes as important as straight shooting.

Remaster of an iconic “cute’em’up”

Cotton Reboot is an updated, remastered version of the classic and iconic "cute'em'up" Cotton: Fantastic Night Dreams with brand new features and updated visual designs. The game also features 3 game modes that include the X68000 original mode that faithfully emulates Sharp’s personal computer from the 1993 version. Arrange mode features 16:9 screens, redesigned graphics and characters. In Score attack mode the player competes for scores online within a limited time (2 minute and 5 minute mode can be selected).

Cotton Reboot! will be available in North America and Europe sometime in Q1 2021. The title will be available both digitally as well as with standard and limited edition prints available from ININ Games with preorders set to begin in November.