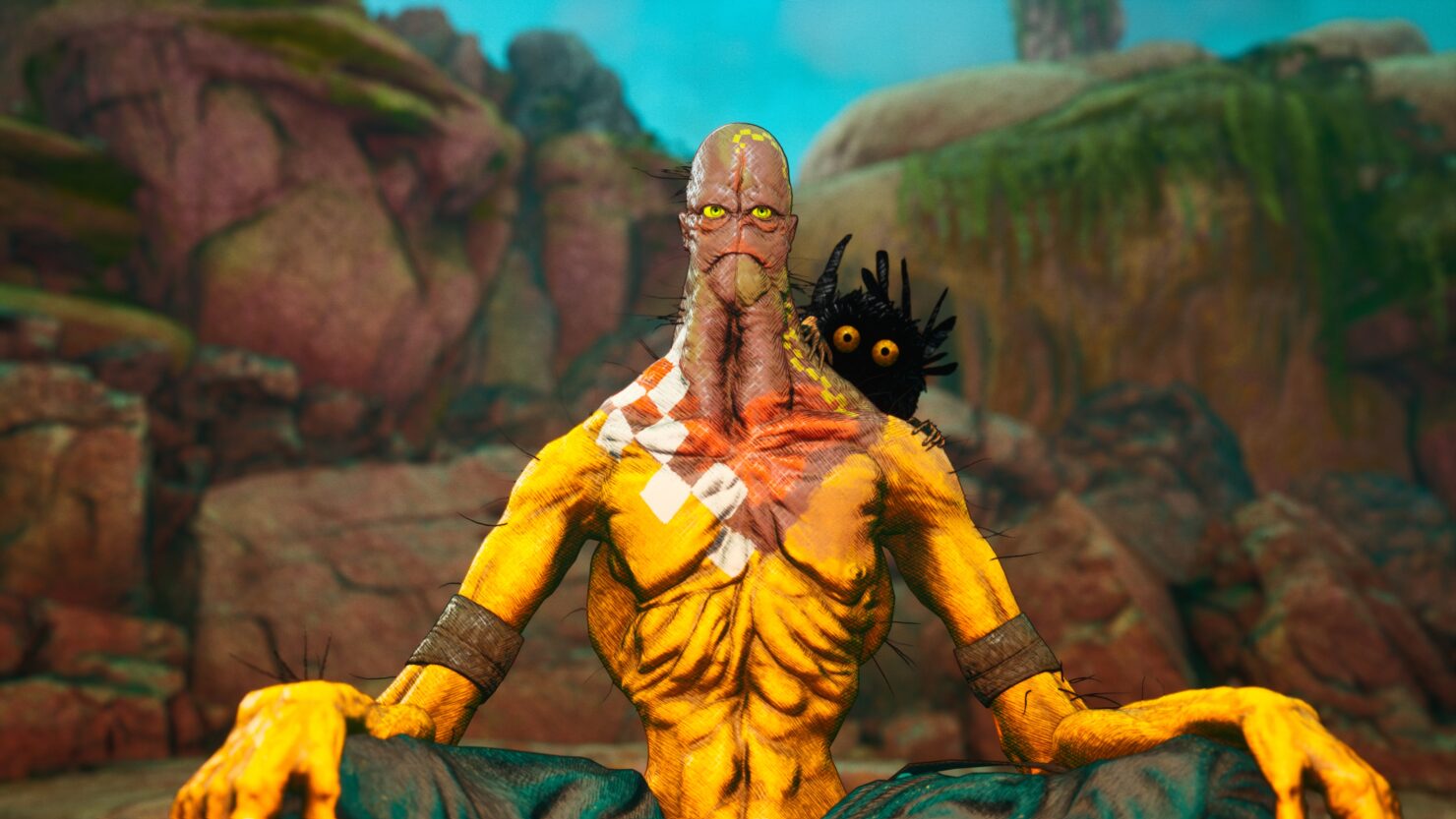 When I went to the Big Ben Week held by Nacon in Paris a few days ago, I had a few games on my radar. Lord of the Rings: Gollum was one of them after Nacon acquired Daedalic Entertainment. Other games included Steelrising, Bloodbowl, and WRC. What I didn't expect, and likely because I'm far from plugged into the most recent news, was Clash: Artifacts of Chaos. It's always nice to be surprised, mainly if it's a pleasant surprise. Surprised I was.

We know Clash: Artifacts of Chaos will come out in November. We (or at least I) didn't know how it would play or if I'd even like it. Now I know, and if you read this, you may also know.

Developed by the Chilean studio ACE Team, a team I thoroughly enjoy for games like Rock of Ages, Zeno Clash, and The Deadly Tower of Monsters, you will already be somewhat aware of what you'll find here. Much like every other game by ACE Team, Clash: Artifacts of Chaos is fantastic to look at. If somebody told me that ACE Team consists of the best artists in South America, I'd believe them.

So what is this game? Well, it's a third-person action brawler. Returning to the world of Zenozoik (Zeno Clash & Zeno Clash 2), you take on the role of Pseudo. Pseudo discovers a strange owl-like creature called Boy and... I don't honestly know. I have no clue what the story of Clash is about, I don't know why the owl thing is called boy, and I certainly don't understand why everything changes its form when day gives way to the night.

Somebody from Nacon told me that Clash could take around twenty hours to complete, depending on how much you like to explore the world. It's also an enchanting world to explore with what looks like a very souls-like exploration method. Your skills and the choice of when to visit an area will depend on how you access it, though I don't know precisely how big the world will be.

I know that you can toggle from day to night using the camps. During the day, things are friendlier but will fight if you instigate. During the night, everything wants to kick your arse. This is even presented well through the game where in the day, before a fight, you can play a sort of dice game that has a significant impact on the coming battle. A kind of bet that can result in you or your enemies being boosted or hindered somehow.

Clash: Artifacts of Chaos will likely have a compelling story, but for the time I had with it, it wasn't the story I was interested in. I was interested in the gameplay, and this is where ACE Team looks to have expanded on their earlier titles. Returning to Zenozoik, we're back to the brawling combat, but this feels like it's tighter, and it feels like it's expanded too. Quick and exciting, but also tactical.

Pseudo has multiple fighting stances at his disposal, but so much will be about attacking, dodging, blocking, and countering at the right time. I'm not a fan of fighting games, but this feels like a fighting game from those I've played. The best part is where you start using special moves and entering the first-person view, which adds to how frantic a fight feels.

Getting hands-on with this combat, as well as watching others, genuinely proved compelling to me. I'm not going to say I'll be good at it, though likely a little better than I was at the last action-brawling-thing I remember playing (Absolver). You could probably make a few more comparisons with the said game, as there are undoubtedly Soulslike influences here, but ACE Team keeps their style without jumping too far into that pit.

There's absolutely no doubt that Clash: Artifacts of Chaos will be an enjoyable game to play. I can tell that simply through having played and watched it for the time I did. I'm not going to say the story will be great; I can't attest to that. Still, having gone into the Big Ben Week with absolutely no thoughts, this came out as my second-most anticipated title from the company. If that doesn't show what my first impressions led to, nothing really will.