B-movies always had a hard time on the market right after release, but the appreciation for this type of production has increased exponentially in the past few years. While far from being masterpieces, they influenced not only other movies, but also video games that have tried replicating their unique feel. Some of these games managed to do so in very interesting ways, but none of them ever felt as much as a B-movie as the recently released The Deadly Tower of Monsters. The game developed by ACE Team doesn't stop just at feeling like a B-movie, it's a real B-movie. Or rather, the DVD release of a B-movie, complete with director's commentary. 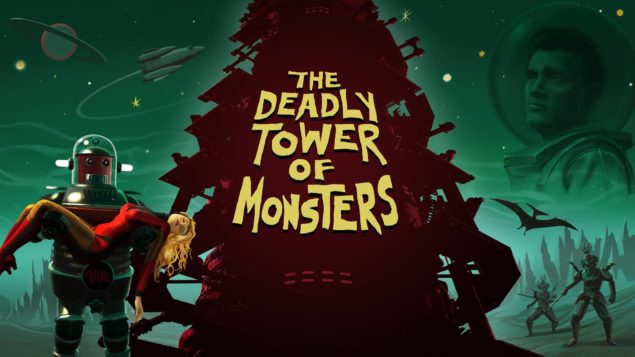 The Deadly Tower of Monsters stars Dick Starspeed, an intrepid space explorer who finds himself stranded on the planet Gravoria, a planet ruled by a tyrannical Emperor. Following Dick's unwilling involvement in a battle between two opposing factions of apes, the explorer makes the acquaintance of Scarlet Nova, the beautiful daughter of the Emperor who has no intention of following in her father's footsteps. Being the good man unable to ignore a beautiful woman in need, Dick joins Scarlet Nova in her quest to overthrow her father and put an end to his tyrannical rule. Things, however, won't be simple, as Dick, Scarlet Nova and the trusty Robot will have to ascend the Deadly Tower of Monsters, full of all kinds of dangers.

As it's clear from the premise, The Deadly Tower of Monsters includes most, if not all, B-movies tropes in full force such as all kinds of dangerous creatures, from costumed actors playing apes, giant gorillas and mechanical chameleons to stop motion animated aliens, fire breathing dinosaurs, 60s inspired sci-fi technology and plenty of silliness. The whole B-movie feel is vastly enhanced by the game's presentation, with players being able to choose between two different post processing filters which replicate DVD and VHS video quality, controls that mimic VHS and DVD players, audio quality options and more. All these elements work together quite nicely, in particular thanks to what's probably the best feature of the game: the hilarious commentary from the director of this fictional movie. 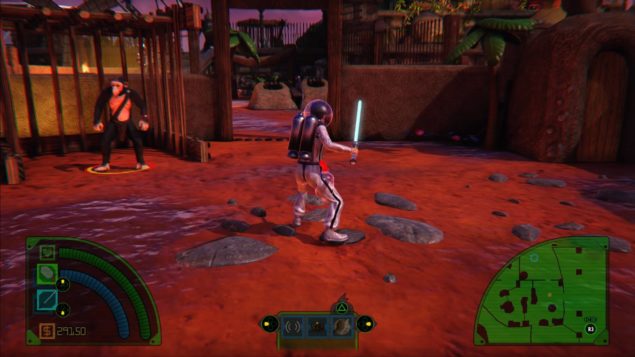 The commentary begins as soon as The Deadly Tower of Monsters is launched and doesn't stop until the game, or the movie, in this case, ends. The commentary is truly hilarious, with director Dan Smith reminiscing about the movie's filming, low budget issues, how progressive he was at the time to make a woman rescue a man in a movie, how he doesn't get the appeal of lens flare, with fingerprints appearing on screen when he tried to clean the camera's lens, and much more. The Deadly Tower of Monsters' story is obviously nothing to write home about, but the commentary elevates the experience to a whole different level, providing an incentive to continue playing, even with the game's flawed experience.

Unfortunately, there aren't a whole lot of reasons to play The Deadly Tower of Monsters outside hearing the director's commentary. The game is a rather standard top down action adventure game with twin stick shooters and role playing game elements thrown in the mix. The experience would have been much better if everything wasn't so clunky: correctly aiming melee attacks with short weapons without getting damaged is a real challenge, and the shooting isn't exactly tight. Making matters worse on the PlayStation 4 version is the uneven performance, with the unsteady frame rate making characters feel unresponsive. 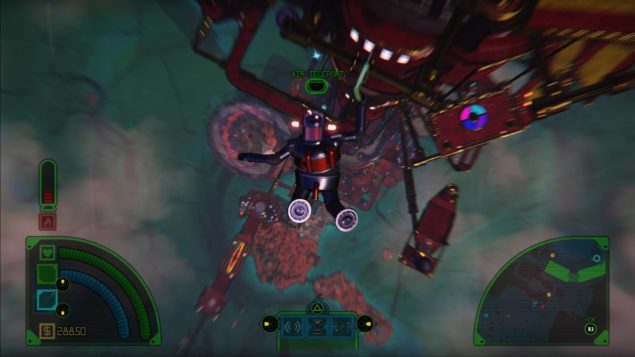 It's a shame that the gameplay is so clunky, as The Deadly Tower of Monsters does feature some very interesting ideas, like the ability to jump down the tower at any time to search for collectibles or just to feel the thrill of falling down a tall tower. There's more, such as shooting sequences where the player has to prevent enemies from reaching them from below and the inevitable chase sequences; these features make the experience slightly more varied, though they too would have benefited from a tighter gameplay design.

Even the features meant to make the experience deeper such as multiple playable characters with unique special powers, multiple melee and ranged weapons, a level up system with selectable perks for each level, fall short and feel almost superfluous, as a single melee weapon with good range and any gun are more than enough to complete the game. The Deadly Tower of Monsters is also very short, lasting around 3 hours, and there's very little reason to play through it again, not counting finding missed collectibles. Listening to the commentary again is probably the only good reason to play through the game again, as it's quite easy to miss some hilarious lines while in the middle of the action. 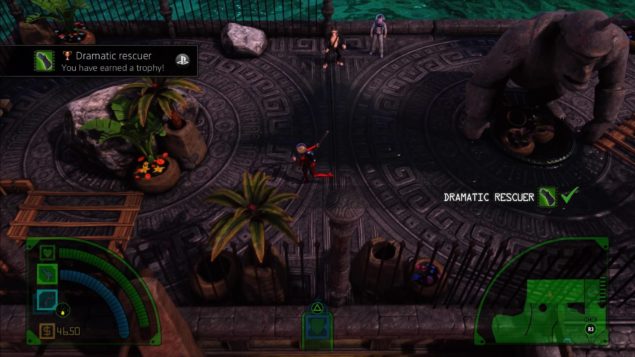 Deadly Tower of Monsters is ultimately a very interesting but flawed experiment. The game from ACE Team manages to capture B-movie atmosphere and aesthetics perfectly, but fails to provide a truly compelling gameplay experience due to a flawed execution of many of its mechanics. In true B-movie fashion, however, there are things that The Deadly Tower of Monsters does quite well, so more than a few players will find plenty to like in it.