Civilization VI: Gathering Storm Will Let the Swedes Cook Up a Cultural Victory 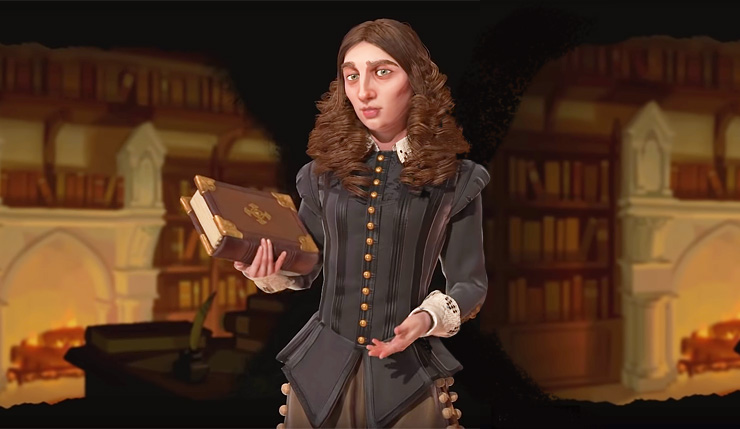 Civilization VI recently announced its second full expansion, Gathering Storm, which focuses on the environment and diplomacy, and now they’ve revealed another new civilization – Sweden led by Kristina. The Swedes are a relatively recent addition for the Civ franchise, first appearing in Civilization V. You can check out a video overview of Sweden, below.

Ruler of Sweden from 1632 to 1654, Queen Kristina was one of the most widely-known and divisive figures of her time. She was also one of the most learned women of the 17th century, with interests in religion, philosophy, mathematics and alchemy. With Kristina at the helm, Sweden is all about Culture, with the unique Open-Air Museum and Queen’s Bibliotheque improvements and extra great engineer and great scientist points from factories and universities.  Here’s a complete rundown of what Sweden brings to Civilization VI:

Limit one per city. Increases Loyalty, and boosts Culture and Tourism for each type of terrain in which at least one Swedish city has been founded.

Constructed as a second tier building within the Government Plaza, where it provides two Great Works slots of Writing, Music, and any type of Art. Awards a Governor Title once completed.

Anti-cavalry unit unlocked in the Renaissance era. Replaces the Pike and Shot, has faster movement, and receives additional Combat Strength for each unused Movement point.

A rather interesting new take on Sweden – the Civilization V version of the Swedes was much more focused on war and diplomacy. Firaxis has also announced Hungary, the Maori, Canada, the Inca, and Mali will be part of the Gathering Storm expansion.