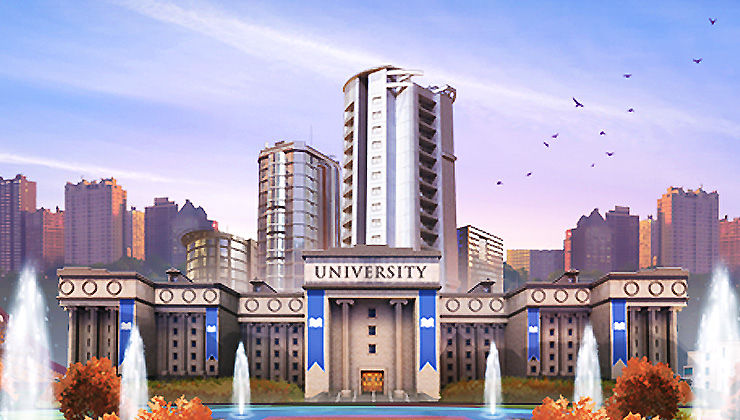 Cities: Skylines‘ next DLC pack is sending players back to school. The Cities: Skylines Campus expansion will let players diversify their city’s educational offerings by building universities, liberal arts colleges, or trade schools, as well as a variety of varsity sports arenas and new Academic Works. Of course, there will be a number of new pro-education policies you can set as well. You can check out a brief trailer for the Campus expansion, below.

Here’s everything you can expect from the Campus expansion:

Cities: Skylines Campus will cost you $13 and will launch alongside a free update which will add new library buildings, industrial policies, of course, more tunes. Education isn’t something I’ve seen a city-building game focus on heavily before, so this is an interesting addition.

Cities: Skylines Industries arrives on PC on May 21. Cities: Skylines is also available on Xbox One, PS4, and Nintendo switch, but the console versions are receiving expansions on a delay.