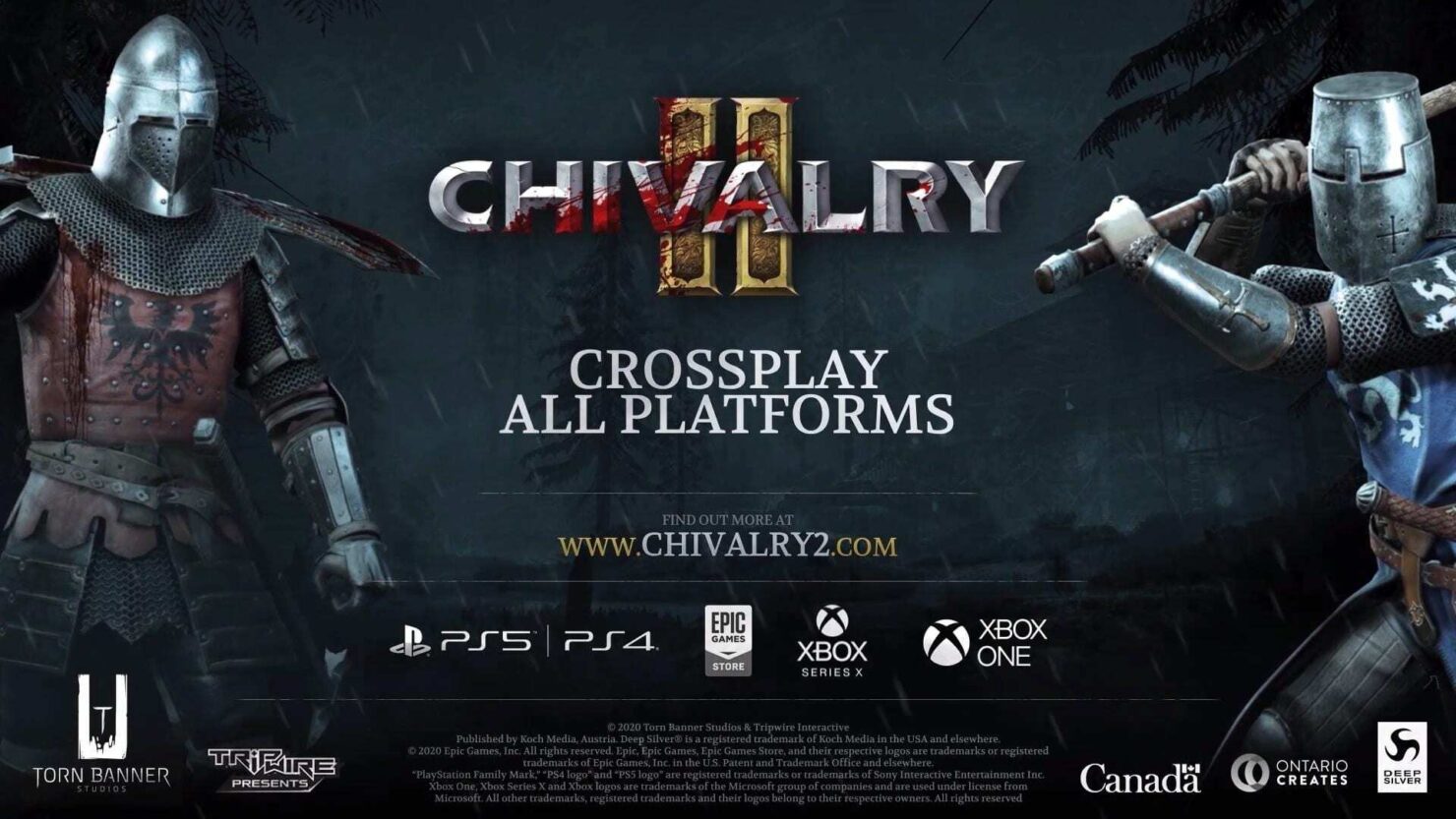 Chivalry 2, announced last year to be coming to PC, has been confirmed for a cross-generation console release in a leaked video that briefly appeared on Deep Silver's YouTube channel.

The video has now been set to private as the official announcement is coming later today as part of IGN's Summer of Gaming program, but you can clearly see the image above. Additionally, cross-play will be available between all platforms, which should certainly make for a big player base.

Chivalry 2, an Epic Games store exclusive on PC, will launch later this year on the platform. When we interviewed Brand Director Alex Hayter on the topic, he said:

Yeah, that's the decision that we made. A lot of it is about the monitoring game for us, too. Thanks to our relationship with Epic, we have certain knowledge that is not public about the Epic Games Store and how it's going to look when we launch Chivalry 2 in 2020, but we're really confident that they are going to be developing an awesome store for us to be launching on. We're pretty confident that the Epic Games Store will be in a great place, but also just more importantly Epic has been awesome for us over the years, we've used Unreal Engine 3 for Chivalry and Unreal Engine 4 for Mirage: Arcane Warfare. We know that they're amazing at providing tools to developers to make awesome games. So everything about this deal basically means that we can make the best game possible. It's just an awesome opportunity. I think that the fans in the community will eventually understand.

It is currently unclear if the game will arrive on consoles at the same time. Meanwhile, if you've got a PC, you can sign up for the ongoing Chivalry 2 Alpha testing via the official website.