Check Out This Glorious 4K Video Showing How Stunning GTA 4 Looks With iCEnhancer 3.0

The PC fans of Rockstar's eminent open world action-adventure video game known as GTA 4 must be very overjoyed nowadays, all thanks to the PC modding community. There is a famous mod known as iCEnhancer that completely redefines the way GTA 4 looks like on PC, and just recently, the mod was updated to version 3.0. The new version takes things to a whole new level by boosting the visuals and graphical aspects of GTA 4 such that the game looks even better than some recently released major next-gen video games. Check out the 4K video shared below to see how GTA 4 looks like while running with iCEnhancer 3.0. 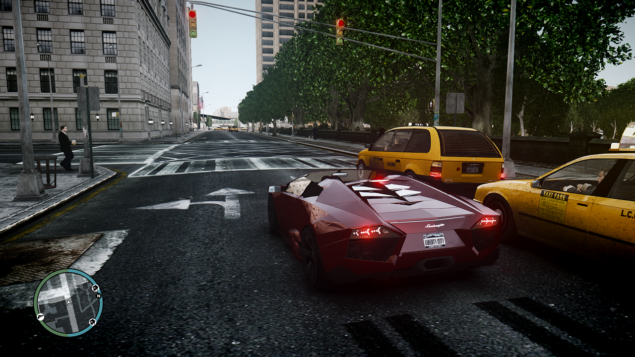 GTA 4 Looks Stunning Running on PC With iCEnhancer 3.0 in This 4K Gameplay Video

It appears that the latest iCEnhancer 3.0 mod is the only thing that everyone is talking about in the online Grand Theft Auto and PC modding community right now. Making a six-year-old game shine like something new out of the box, this mod improves the overall gameplay and visual quality of the game by enhancing the in-game effects such as lighting, raining, color processing, and adding new depth of field. There is no doubt that if you run GTA 4 with iCEnhancer 3.0 on highest settings on PC, you won't realize you are playing more than half a decade old game.

Sadly, the creator of iCEhancer, Hayssam Keilany, who is also the lead modder behind almost all versions of the mod, announced recently that he is quitting the modding business following the release of iCEnhancer version 3.0. Keilany left a long note on the mod's Facebook page explaining the cause behind his withdrawal from the PC modding community. Anyway, the good news is that iCEnhacner 3.0 is going nowhere, and to please yourself, you can check out the 4K video showing the GTA 4 running with the mod.

The gameplay video is courtesy of a DSOGaming reader known "Unreal", and it shows how stunning Rockstar's open-world game looks while running at 4K (3840×2160) with iCEnhancer 3.0. Unreal also shared the specs of his setup, claiming that the game ran smooth even at ultra settings on Core i5 2500K (overclocked at 5Ghz) with a single GTX670 (overclocked 1300/7200). Make sure you stream the video shared below in 4K resolution to view the gameplay in its full glory, or else, you can just download the complete video here.