The dwarf planet, Pluto, has been fascinating for astronomers for a long time and so has been its moon Charon. The largest of the five known moons of Pluto, Charon, is primarily noted for its peculiar landscape consisting of valleys and ridges alike, the landscape makes it seem like a scarred place. NASA’s researchers have now come up with a conclusion that this odd landscape may have been as a result of ancient subsurface oceans that froze and expanded on Charon a long time ago.

Charon has a very strange landscape consisting of valleys and ridges

The researchers who started a full blown study of the dwarf planet’s moon back in July after their spacecraft New Horizons captured some great images of the landscape. According to NASA the moon expanded rapidly after its internal temperatures cooled down, the expansion of Charon caused the whole ice covered surface of the moon to pull apart and create a series of ridges and valleys.

When Charon was a young moon it had a deep subsurface ocean inside it. Due to the cold temperature the water of the ocean froze and expanded just as ice cubes do. With a lot of water expanding the surface of Charon couldn’t handle the pressure and changed shape to handle the extreme pressure built, as the team of NASA researchers puts it:

"The moon expanded in its past, and - like Bruce Banner tearing his shirt as he becomes the Incredible Hulk - Charon’s surface fractured as it stretched." 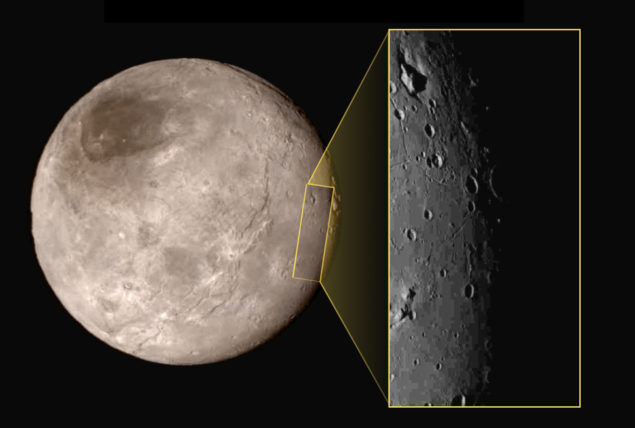 The theory was devised by the researchers after studying very high-definition pictures of Charon’s surface captured by the New Horizon’s Long-Range Reconnaissance Imager (LORRI). The photos were snapped from a distance of 78,700km away on 14th July 2015 as the spacecraft flew by.

The main focus of the researchers was on one of the largest valleys called Serenity Chasma, which stretches across Charon’s equator. This valley is one of the largest in the entire solar system stretching 1,800km long and 7.5km deep, something which puts the Grand Canyon to shame. 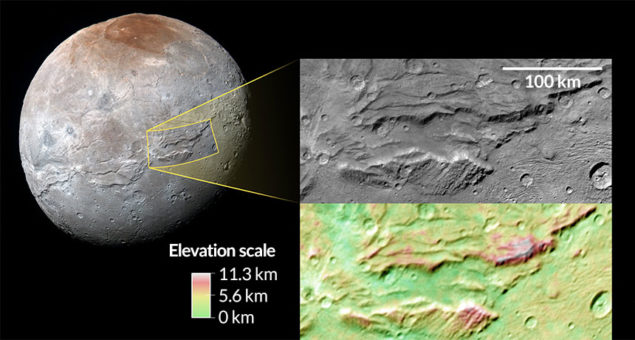 This research has shown NASA and other similar organizations how icy planets form and change over time, but how this research will help examination of other moons and exoplanets is still unclear. Please let us know what you think in the comments below.