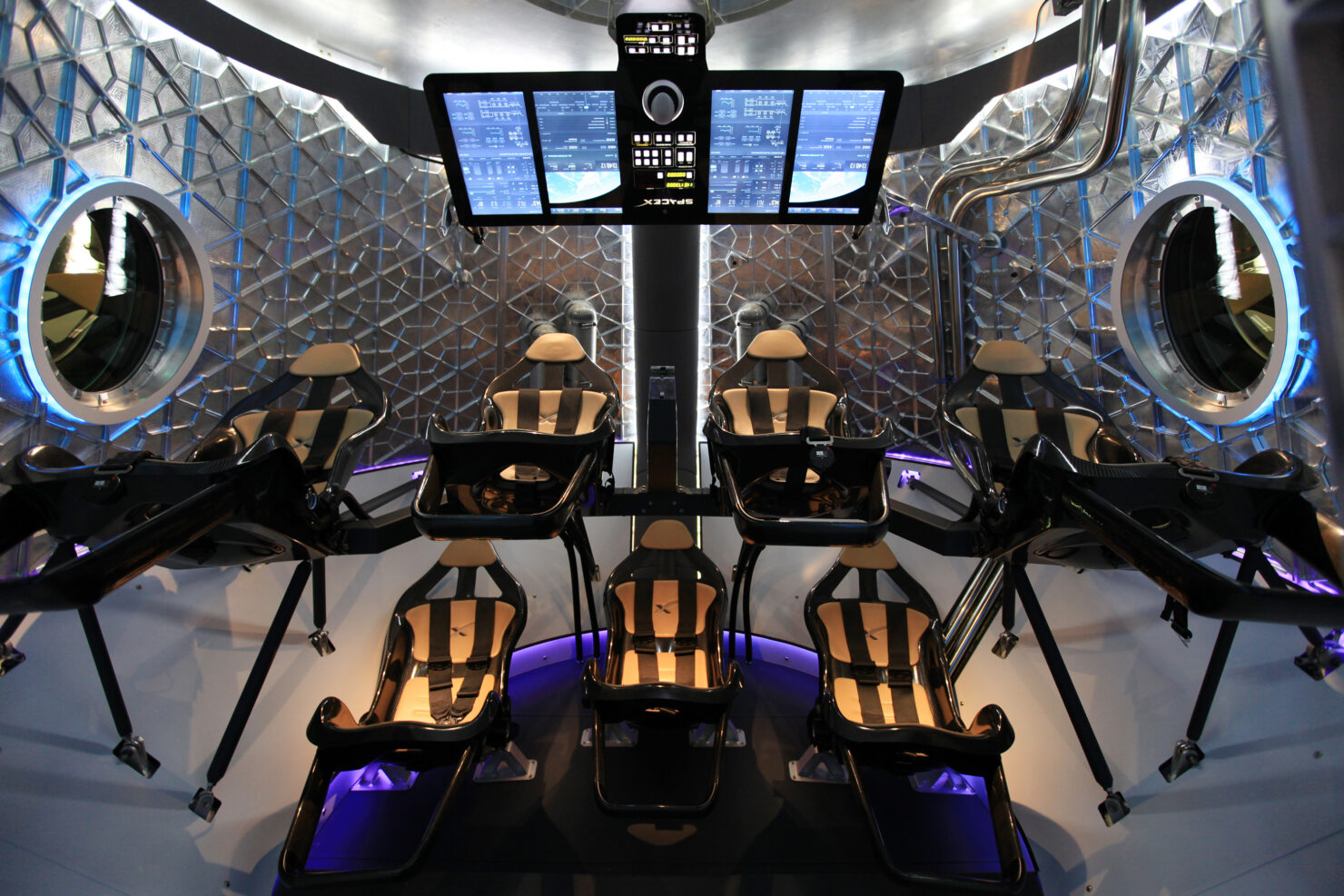 Interior of the Dragon V2 shown off by SpaceX in 2014. NASA/Dmitri Gerondidakis

At the end of last month, NASA awarded the contract for transporting cargo and other equipment to the Gateway space station that forms a critical part of NASA's plan to launch the first woman and next man on the moon through the Artemis program. Artemis is the part of the space agency's long-term initiative to establish a lunar base to facilitate missions destined for Mars, and the program itself has already run into several cost and budget overruns in its history.

Hawthorne, California-based aerospace manufacturer and services provider Space Exploration Technologies Corporation (SpaceX) was chosen as the provider of logistics services to the Gateway module under NASA's Gateway Logistics Services (GLS) contract. The contract is a firm-fixed price, indefinite-delivery/indefinite-quantity with two missions guaranteed to each logistics provider and a total value of $7.1 billion.

Now that the Source Selection Statement for the GLS contract has been made public, we're able to analyze the rationale behind NASA's decision to award SpaceX these missions and determine the current state of the company's working environment, its competitors and the unique strengths and weaknesses present in all companies' who participated in the response for solicitation. The statement is authored by NASA's Source Selection Authority Mr. Kenneth Bowersox and it covers the Source Evaluation Board's (SEB) analysis of the affair. 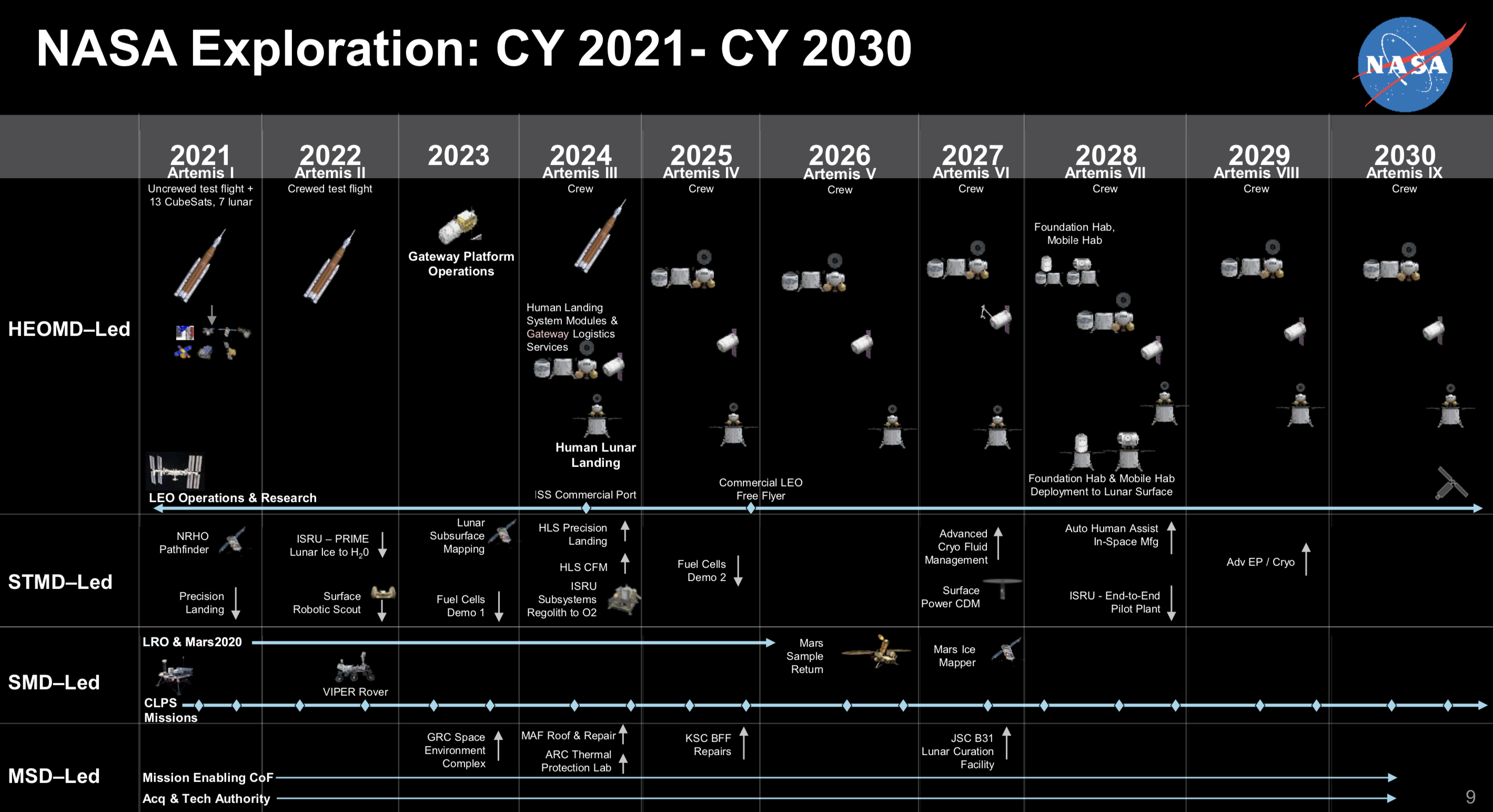 NASA plans to commence operations for the Gateway at the start of 2023 as highlighted in the agency's Fiscal Year 2021 Summary Budget Brief.

Mr. Bowersox's analysis of the four companies who participated in the bidding for the contract narrows down the criteria through key evaluation factors. SpaceX, Boeing Co (NYSE:BA), Northrop Grumman Innovation Systems (NGIS) (NYSE:NOC) and Sierra Nevada Corporation, Space Systems (SNC) were evaluated on price, mission suitability and past performance - with price being equal to mission suitability and past performance combined (in other words, NASA looked for the cheapest option capable of meeting all mission requirements for sending cargo to the Gateway cislunar outpost.

Of the four, SpaceX was evaluated with the best overall capabilities to execute logistics deliveries to Gateway. The company's track record with its reusable cargo spacecraft Dragon, the Dragon's overall design, its lower packing density and other strengths that include improved battery performance resulted in the decision going in its favor.

When analyzing the four companies, NASA subdivided Mission Suitability into three subfactors. These are the technical approach subfactor, the management plan subfactor and the small business utilization subfactor. 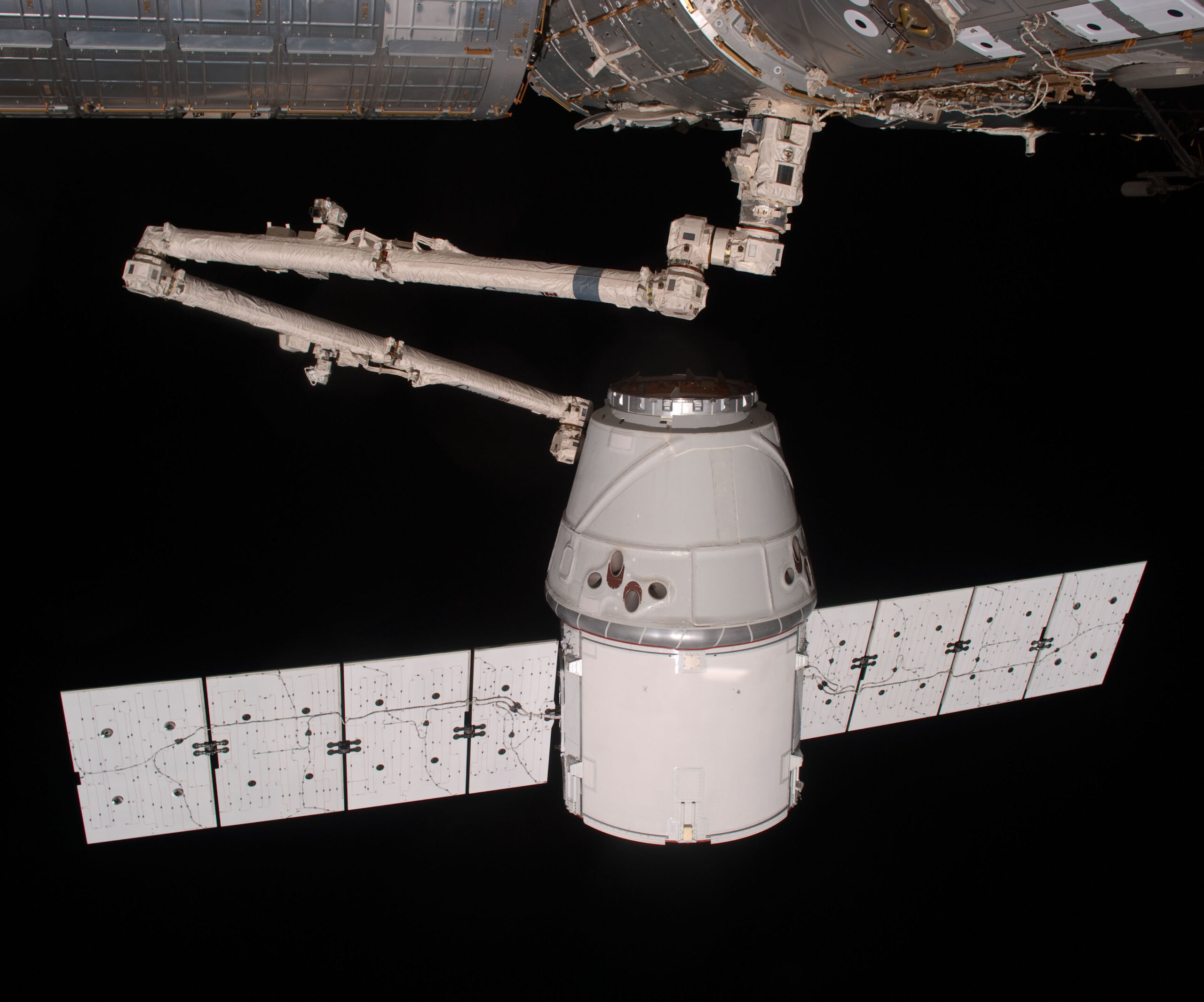 SpaceX's Dragon cargo vehicle is being berthed to the International Space Station in 2012. The Dragon's missions to and from the ISS have been critical in helping NASA decide the company's suitability for the Gateway logistics program. Image courtesy: NASA

SpaceX leads the pack in NASA evaluation for technical approach as a superior DragonXL design, software evaluation and back+front end mission optimizations to swing the pendulum in its favor

In the technical approach subfactor, SpaceX came out on top as the agency identified two significant strengths, eight strengths and five weaknesses with the company's proposal. The significant strengths are the DragonXL's cargo delivery capacity exceeding NASA's requirements and the vehicle's cargo stowage design which is theoretically capable of in-orbit storage and improved trash management.

The strengths unique to the Hawthorne-based space startup are excess battery storage capacity and an approved approach to safety-critical software. As opposed to Boeing, SpaceX let a third party evaluate its safety-critical software through a third party independent verification and validation (IV&V). Additionally, SpaceX and SNC were the only two companies that did not have a significant weakness in their approach, as opposed to Boeing and NGIS who had three and one significant weaknesses in their proposals. A significant weakness can often result in a manufacturer missing out on a contract, with mere weaknesses being deemed as 'fixable' by NASA administrators.

Boeing's approach scored the lowest in the technical approach subfactor, with the aerospace giant presenting NASA with three significant weaknesses. The first of these has been redacted and our guess suggests that this weakness is for one of the CLS-250's multitudes of sensors. The other two cover Boeing's non-compliance with NASA requirements, the company's inability to take all steps for ensuring the highest probability of mission success and an "exception taken" to provide software source code and flight software input for IV&V. Yet in a plus for Boeing, like SpaceX, the company's CLS-250 cargo capacity also exceeds NASA requirements.

However, the lowest score in the technical approach subfactor was not the primary reason behind Mr. Bowersox's decision to eliminate Boeing from consideration. The Price Factor, as we've highlighted above, was the primary evaluation metric used, and according to the details, while technical approach was not the primary factor in removing Boeing from the run, the fact that its proposal was also the most expensive of the four led NASA to conclude that Boeing was not sufficiently competitive for the GLS contract. 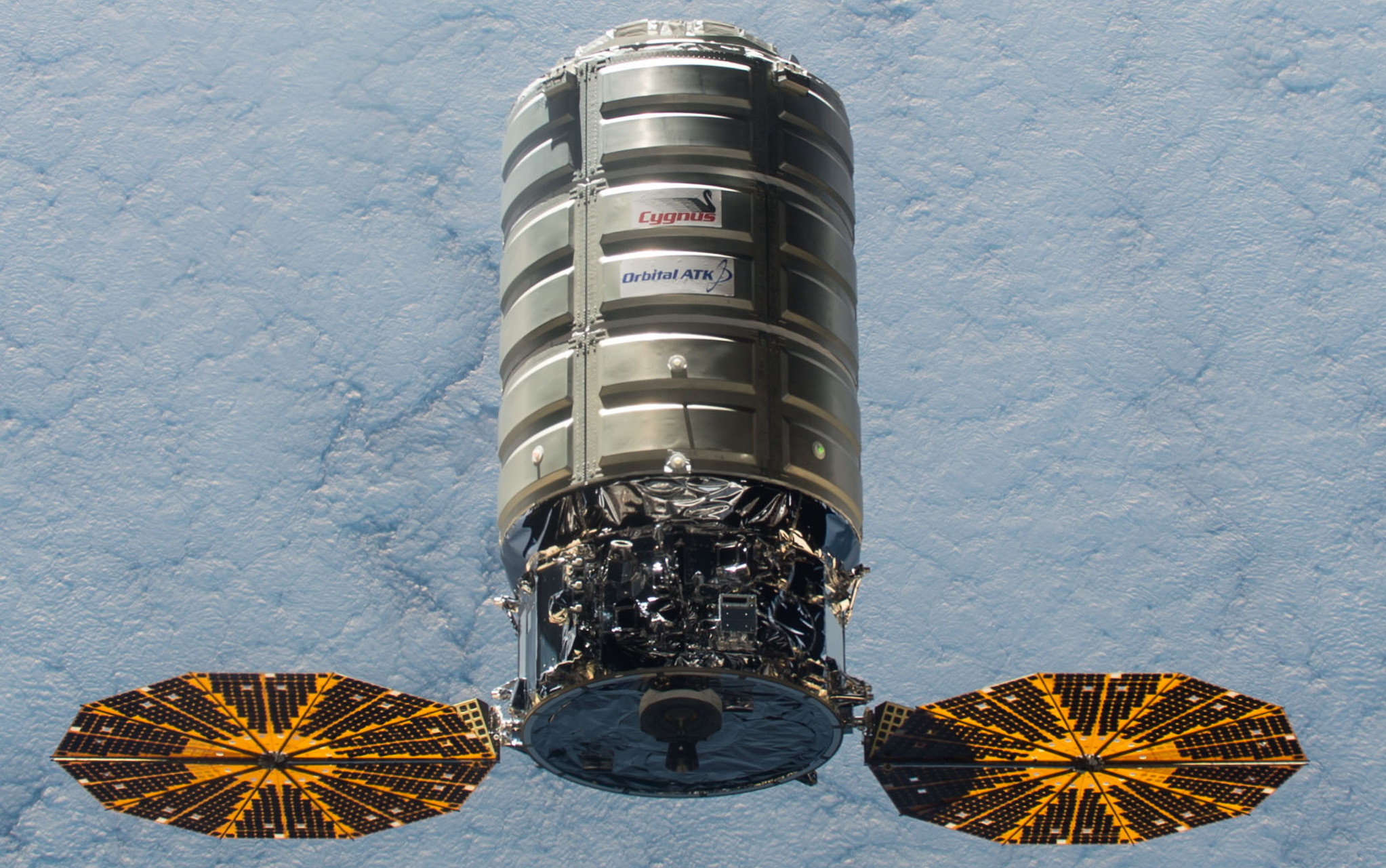 After SpaceX, Northrop Grumman's Cygnus cargo delivery vehicle was the highest scorer in NASA's technical approach subfactor. Grumman's proposed design offered astronauts with the greatest volume to load/unload/pack cargo and conduct other payload-related activities, and this factor was noted by NASA as a significant strength. However, as opposed to the Dragon XL, Grumman's Cygnus also presented the agency with a significant design weakness that has been redacted.

This weakness is perhaps the most serious weakness identified by NASA as part of its GLS contract design solicitation evaluation, as according to Mr. Bowersox, Grumman's could lead to the total failure of the launch vehicle and/or the cargo vehicle. This weakness, therefore, served to eliminate the company from securing the GLS contract.

Scanning the Source Selection Statement with a fine-toothed comb reveals that perhaps Grumman's Cygnus has a serious problem with fairing impingement. What this might mean is that the spacecraft might not be meeting standards that safely ensure fairing separation, with contact from the fairing threatening both itself and the launch vehicle.

NGIS' strengths of the proposed Cygnus design include single and dual failure tolerances, strong design allowing for a higher design life margin and a framework that allows real-time health and status monitoring for Gateway payloads. Both NGIS and SpaceX provide NASA with greater manifest stability via fast transit time to the cislunar station and SpaceX's approach also provides the agency with quick mission extension. 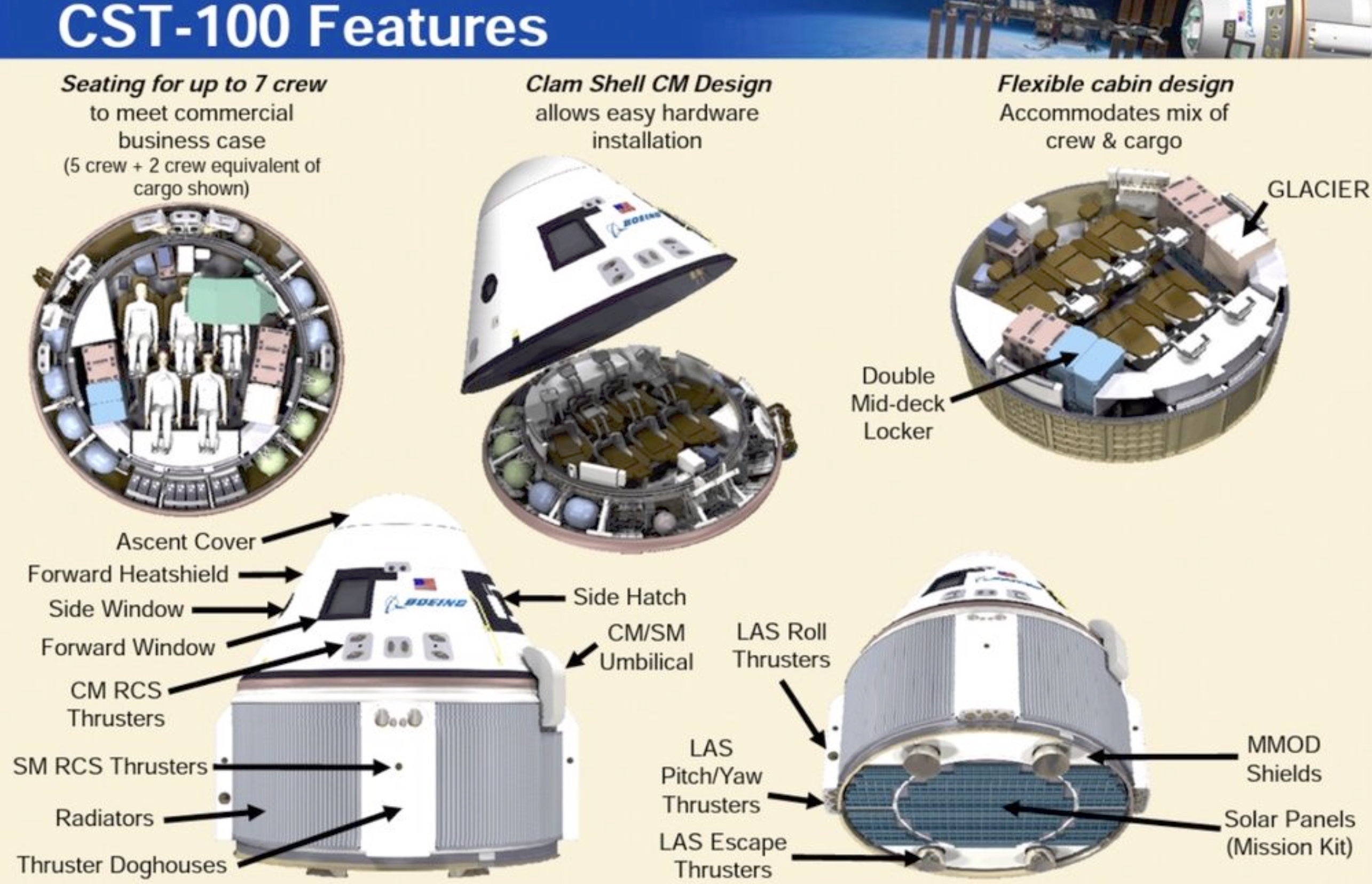 A diagram of Boeing's CST-100 Starliner. The Starliner's first un-crewed* rendezvous with the International Space Station was canceled in December following software problems and the vehicle is scheduled for its next un-crewed flight to the station in October.

Analyzing NASA's GLS award to SpaceX will be incomplete without some analysis of Boeing's failure. The company's choice to base its fixed price quote on assumptions left unstated by NASA in the document left the agency unable to determine whether the quote was reasonable. This serious issue, combined with the fact that Boeing's price was the highest of the four and its technical suitability was the lowest ensured that the company was left out of the GLS contract award.

Commenting on this development, it's also likely that NASA leaning towards other providers at this time for simply freeing up Boeing's resources for the Artemis program. A damming report by the Office of the Inspector General (let us know if you'd like to learn more about this report below) that surfaced earlier this year had highlighted serious cost overruns in the Artemis program, and perhaps Boeing is better served to focus its attention there.

As far as SpaceX goes, the company's decision to source components in-house for its products has won it a contract from NASA. As Mr. Bowersox notes,

SpaceX garnered a Good rating and was assigned one strength from the SEB for its vertically integrated business model, consisting of all major aspects of their cargo delivery capability. I acknowledge this potential advantage in maintaining commonality across systems, subsystems, and components can provide technical synergy. Additionally, since SpaceX performs virtually all of its Design Development Test and Evaluation (DDT&E) in- house, it controls the schedule associated with those efforts, without having to account for subcontracted effort.

In his concluding remarks, Mr. Bowersox notes that while it is possible to award the GLS contract to multiple offerors, he does not believe that such a decision is in the best interest of the United States Government. The companies will, however, be able to submit proposals in the future.

A copy of the Source Selection Statement for the Gateway Logistics Services Contract (Solicitation Number 80KSC019R0002) can be accessed here.