The Witcher 3: Wild Hunt is without a doubt one of the few best open world action role-playing video games available in market for PC and next-gen consoles, and to keep it crisp, CD Projekt RED is making sure the game gets updated with fixes for the issues that are currently affecting it. But it seems like players still don’t feel contented, as there are complaints about the game’s graphics being downgraded on PlayStation 4 after installation of patch 1.04. However, according to the developer, nothing has been cut down or removed from the game, and the visuals are as they were before. 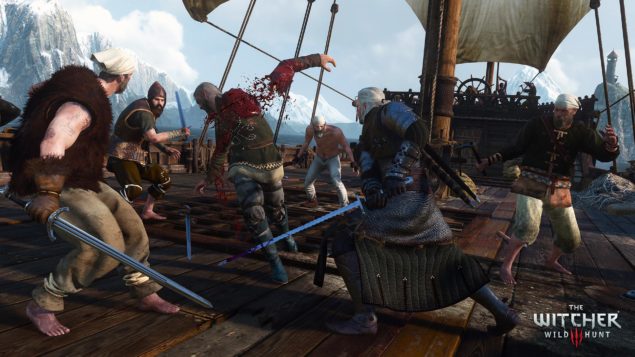 "Nothing Has Been Downgraded as of Patch 1.04 on Consoles," Says CD Projekt RED - The Witcher 3 Patch 1.06 for PC Already Being Worked On

Providing integral support to its latest title, Polish video game developer CD Projekt RED is working at its best to fix all the bugs and issues that are being reported by The Witcher 3: Wild Hunt players. Patch 1.04 arrived on the PlayStation 4 version of the a few days ago, bringing with it a number of fixes and technical enhancements. However, there have been several complaints about the latest patch being responsible for downgrade in visual aspects of the game. Players claim that the quality of anisotropic filtering, anti-aliasing and draw distance has been reduced.

CD Projekt RED has denied downgrading the graphical aspects of the game on consoles with the latest patch. Replying to the players on the official forums, CD Projekt RED’s Marcin Momot clarified that patch 1.04 brings no downgrades at all. None of the graphical assets and features of the game have been cut down or removed. He further stated that the development team is already working on patch 1.06 for PC version of the game, and more information will be revealed as we approach its release.

“We are already working on 1.06 but can't give you the exact time frame when it will become available. Rest assured, I will let you know once we are approaching its release.”

For users who are experiencing a bug due to which in-game crowns vanish all of a sudden, Marcin stated that this issue will also be addressed in an upcoming patch. Patch 1.04 went live for Xbox One just hours ago. Just like patch 1.05 for PC, the latest patch brings plenty of improvements on both the PlayStation 4 and Xbox One consoles. You check out the entire changelog for Patch 1.04 detailing the bug fixes and improvements for the console versions of the game here.