We recently shared a report claiming that while talking about the optimization of its upcoming highly anticipated open-world action role-playing video game called The Witcher 3: Wild Hunt, the Polish video game developer, CD Projekt Red gave a hint that the ambitious next-gen game may not run at native 1080p resolution on the latest PlayStation 4 and Xbox One consoles, and that better frame rate would be preferred over full HD resolution. Today, the developer has responded to the report, saying that the game is being constantly optimized for consoles and a final resolution has not been determined yet. 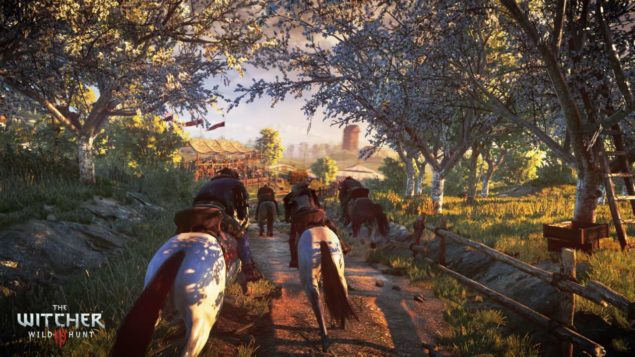 Months after the launch of the latest PlayStation 4 and Xbox One consoles, the 1080p resolution and 60 frames per second controversy has been abbreviated a bit, but it is still nowhere near wrapping up. It seems like The Witcher 3: Wild Hunt, an upcoming most touted RPG, is also touched by this quarrel, regardless of the fact that the official resolution and frame rate for the game has not yet been revealed. The skepticism regarding the game running at native 1080p resolution on both the latest consoles probably exists due to the fact that most demanding next-gen triple AAA titles that have been released previously feature lower pixel count.

Recently, a report emerged online claiming that during talking about the optimization of The Witcher 3: Wild Hunt on the latest PlayStation 4 and Xbox One consoles, CD Projekt Red's Visual Effects Artist, Jose Teixeira, stated that the game is turning out to be great, but he did not appear to be reassuring while talking about the RPG's 1080p resolution. His statement gave an impression that the development team will rather go for better frame rate than choosing higher resolution. This report caused quite a fuss on game discussion forums and CD Projekt Red had to issue a clarification statement.

Addressing the report and clearing it up for fans, CD Projekt Red marketing manager Tomasz Tinc talked to Gamespot and explained that The Witcher 3: Wild Hunt is still being optimized for the latest consoles by the development team and nothing can be said about the final resolution and frame rate before the optimization process is complete. Tinc said:

"As [The Witcher 3 visual effects artist Jose Teixeira] said, we are working hard on optimizing the game and nothing is set in stone. Our engine team remains optimistic and we will surely squeeze the most we can out of each console. I know you might be expecting concrete info like the final frame rate and resolution, but it's simply impossible to give you that sort of thing before the optimization process is complete."

This is not the first time The Witcher 3: Wild Hunt has been troubled by the resolution controversy. Back in April, a Russian website listed the game with 900p resolution for the PlayStation 4 console and with 720p resolution for the Xbox One console. CD Projekt Red's CEO Marcin Iwinski has also claimed that "there is a chance" that the game might run slightly better on Sony's latest console compared to Microsoft's. However, it has been officially claimed many times that the development team is trying to equally optimize the game on both the consoles.

The Witcher 3: Wild Hunt will hit the local shelves next year on February 24 for PC, PlayStation 4 and Xbox One. The game will also be released for the Linux-based SteamOS.