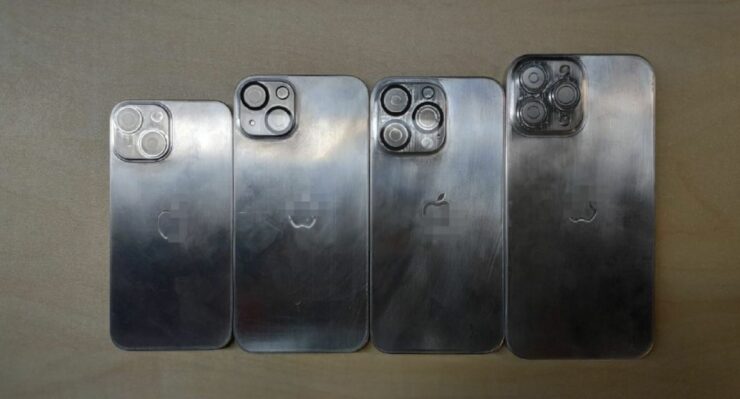 As mentioned earlier, a smartphone accessory maker has seen fit to produce cases based on molds of the iPhone 13 series. These chassis models or molds provide them with adequate information and detail pertaining to the devices which allows them to manufacture cases ahead of time. Once such a brand decided named Benks to share the picture of the iPhone 13 molds that gives us a clear look at how big the iPhone 13 will be or how large the camera module will get.

Ice Universe re-shared the images on Twitter which were originally posted on Weibo. The picture shows molds of all iPhone 13 models that we are expecting later this year. It can be seen that the size of all the iPhone 13 molds is pretty similar to that of the current iPhone 12 series. What this means is that there will be no change in the dimensions of the upcoming iPhone models.

The iPhone 13 series looks like this.
Source: Weibo @邦克仕Benks pic.twitter.com/FIAwJON6ie

This is not the first time that we are hearing details on the larger camera module. Other changes include a smaller notch on all four models and the devices will come in a thicker design package. We will share more details on the upcoming iPhone 13 models as soon as we have further information on the subject. Share your views with us in the comments.