CAPCOM: Resident Evil 7’s Development Was Plagued by Difficulties; We’ll Attempt to Lead the VR Market with It 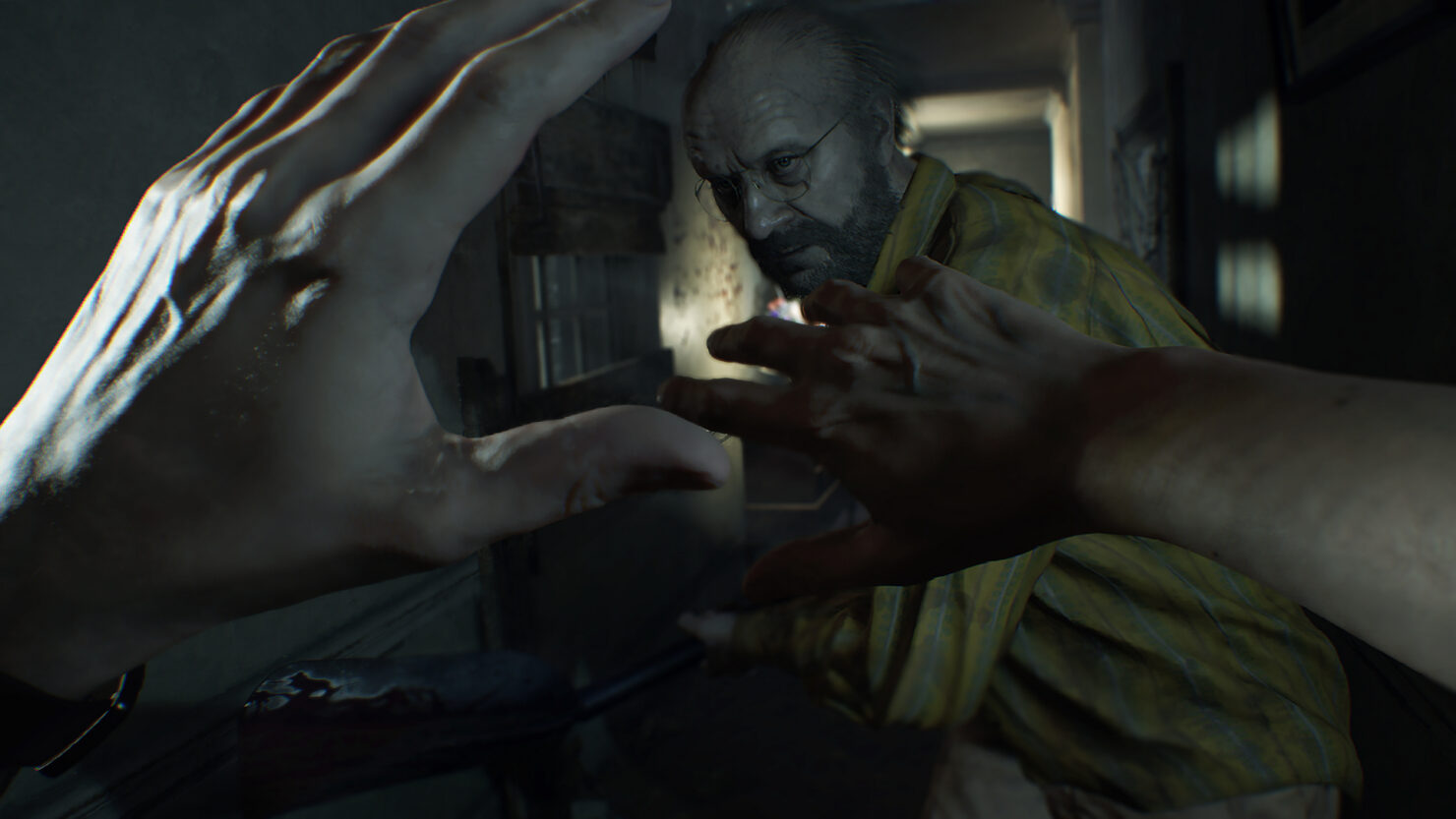 Development was plagued by a series of difficulties. This was because, in addition to the high-resolution,
high-performance PlayStation 4 and Xbox One, we also decided to make the game compatible with the new PlayStation VR. With VR, we couldn’t bring the game to market unless it had photorealistic graphics on par with live-action films. To create that level of quality, conventional production methods would take too long and cost too much.
Thus, we had to rethink the way we make games. In order to carry out asset-based (graphic and 3D model elements) development, which is globally the mainstream, we began developing our new RE ENGINE. To produce these assets, we adopted 3D scanning, facilitating instant data creation by recording subjects in 360 degrees with one shot. Beyond that, we steadily increased the precision of our VR technologies, which was a new challenge for us altogether.
At first, the development team members were understandably anxious, as we were simultaneously taking on some non-conventional processes. However, as the completed product began to take shape, the team became energized.

Later in the report, Lead Programmer of the Technology Section Tomofumi Ishida talked about the new RE Engine in detail.

Up to now, Capcom had built MT Framework, an innovative proprietary development engine used to make high-quality games. However, conventional engine specs were insufficient for bringing the realistic world pursued by creators in RESIDENT EVIL 7 biohazard to life. Thus, this time we ended up simultaneously working on the development of both the game and the new RE ENGINE.
The main feature of the RE ENGINE is its ability to dramatically reduce the time required for various game development processes. For example, the time required to test program changes has been reduced 90%, and materials made separately by creators can be combined in real time, which enables them to be used to instantly create other materials.
This engine also supports the high-resolution graphics required for VR compatibility at a rate of 60 frames per second. We faced numerous difficulties in trying to make these features a reality, however the team pulled together as one to make it happen.

The theme of RESIDENT EVIL7 is “fear that sticks with you.” Terror waits in the humid and stifling air—I want to create a realistic sense of that in 3DCG, so it clings to your body and memory.
To pursue realism, we created one of the world’s largest scale 3D scanning systems, an important tool contributing to the meticulously crafted reality of our games. Leveraging the merits of possessing such a system in-house, we paid particular attention on this title to technologies that faithfully reproduce human expressions.
This degree of reproduction is unlike anything that has come before, achieving realism that is truly human. Using this system, we are able to generate data on expressions from a variety of angles with just one shot, dramatically increasing development speed.
However, we are not merely pursuing efficiency or photorealism. On top of overwhelming realism, we’ve added characters and other touches typical of Resident Evil, resulting in a game that appeals like only Capcom games can. To achieve this, the work flow was revised to complete casting, special-effects makeup and costume coordination in the steps prior to character design. In doing so, we further enhanced accuracy and were able to better reflect the feeling of the Resident Evil world in the 3D data, creating reality so convincing it is as if the characters actually exist.
I want everyone to play this new title to experience realism in a game like never before.

I have strong feelings for this series, having been personally involved since the first game. However, I am exceptionally enthusiastic about this new title. This is because this year, which some are calling “VR year one,” we will attempt to take the lead in this new market with RESIDENT EVIL 7. If we fail to deliver in terms of the game world or technology, we will be unable to create the kind of innovative game players demand. In order to succeed with both of these and take on the challenges in this new market, a balance between the wild instinct of inspiration and rationality of data analysis is indispensable. Being satisfied with the status quo means game over.
Despite this difficult struggle, I am enjoying the challenge. Increasing the focus on fear, we will take you deeper into the world’s ultimate survival horror game.

CAPCOM's intention to position Resident Evil 7 as the premiere VR experience is perfectly understandable, since it will be the first big franchise to receive a new entry with AAA budget that includes full virtual reality support for the entire game.

However, so far only PlayStation VR support has been confirmed, with HTC Vive and Oculus Rift left out. Resident Evil 7 will be out for PC, PlayStation 4 and Xbox One on January 24th, 2017 and you can read the official system requirements in our previous report.