Call of Duty: Black Ops 3 Won’t be Held Back on PC/PS4/Xbox One By Last-Gen – Windows 10 Specific Features Not Announced

The fact that this year’s latest addition to one of the most successful first-person shooter video game franchises in history will not be exclusive to PC and the current-gen consoles has rather left the series’ fans feeling quite dissatisfied; keeping in mind how last-gen consoles are considered a barrier to video games’ progression on latest hardware. However, there is nothing to worry about, as Treyarch has just reassured that cross-gen release of Call of Duty: Black Ops 3 will have “absolutely zero” effect on the PC, PlayStation 4 and Xbox One versions of the game. 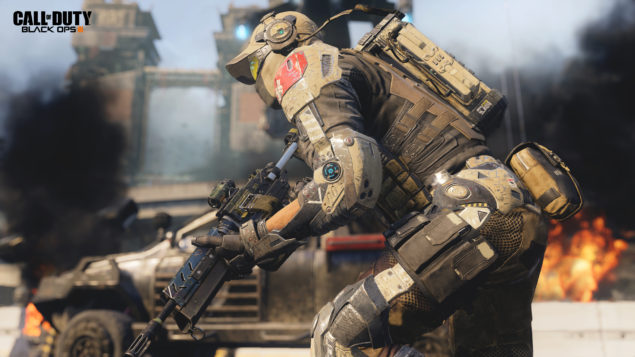 Almost two months after taking the covers off Call of Duty: Black Ops 3, Activision announced last week that just like its predecessors, this year’s Call of Duty title will be coming to the last-gen PlayStation 3 and Xbox 360 consoles as well, and while Treyarch will keep all its focus around the development of the current-gen versions of the game, developers Beenox and Mercenary Technology will make certain that the game offers the “best possible” experience on the last-gen consoles.

It appears that Activision and developer Treyarch are well aware of the major concerns that players have about Call of Duty: Black Ops 3’s release on last-gen consoles. The publisher assured that the upcoming game has been expressly designed to “harness the full potential” of current-gen hardware before the announcement. Treyarch has also confirmed that the PC, PlayStation 4 and Xbox One versions of the game will not be affected by last-gen versions at all.

Replying to his fans on Twitter, Cesar Stastny, the director of development for Call of Duty: Black Ops 3, said that cross-gen release of the latest shooter will have “absolutely zero” effect on PC build of the game. In regards to cross play between PC and Xbox One with Windows 10, Stastny said that Windows 10 specific features have not been announced, so there is a possibility that it may get announced in future. In addition, David Vonderhaar, studio design director at Treyarch, also confirmed that the developer‘s focus is only on the current-gen versions of the game, saying; “I don't even have last gen dev kits anymore.”

@MarcoCuesta1 You don't have to hope. It doesn't. We are making the game for this gen; I don't even have last gen dev kits anymore.

@StephTDO We have not announced any win10 specific features.

@OMGImEddie Hey @Treyarch is only working on Playstation, Xbox One, and PC and we aren’t holding anything back to do it.

Call of Duty: Black Ops 3 will launch simultaneously on PC, PlayStation 4, Xbox One, PlayStation 3 and Xbox 360 later this year on November 6. The game's multiplayer beta, however, will only be available for PC, PlayStation 4 and Xbox One. Pre-orders for the last-gen versions of the game are now open.