If you are hoping to get your hands on the PC version of Sledgehammer Games’s biggest and most-anticipated game of the year, you might need to check your machine's hardware one more time. You'll want to make sure that it is ready to run Call of Duty: Advanced Warfare, as Activision has just published the minimum system requirements of the game on Steam after releasing its launch trailer. While the recommended requirements are still nowhere to be found, the minimum system requirements don’t seem very taxing. You can check them out below along with the launch trailer of the game. 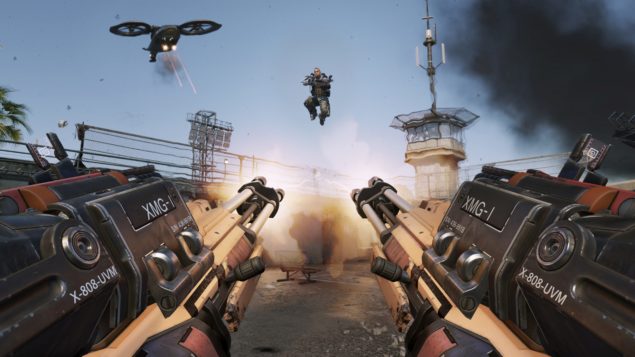 Call of Duty: Advanced Warfare, the eleventh main installment in Activision’s all-time hit first-person shooter video game series, is still more than two weeks away from its launch but the publisher has already released a brand new “Gameplay Launch Trailer.” The trailer gives a brief look at the single player campaign of the game and Kevin Spacey's in-game character, Jonathan Irons, with a glimpse at in-game combat using futuristic weaponry and exoskeletons that are boasted to be a game changer for the series. The game certainly looks pretty with all the catastrophic combats and next-gen photorealistic visuals. You can check out the launch trailer right below.

Following the release of the launch trailer, Activision has updated the Steam page for Call of Duty: Advanced Warfare with the minimum hardware potential that players will require to run Sledgehammer Games’s masterpiece on their PCs. Just like the other titles in the series, the upcoming game doesn’t seem that hungry for hardware; its minimum system requirements look relatively modest, especially when compared to the redundant video memory that most of the recent cross-platform video games need to run on PCs.

Call of Duty: Advanced Warfare’s minimum system requirements are only a little bit higher than what was needed to run last year’s Call of Duty: Ghosts. In fact, the VRAM and memory requirements remain the same. The only thing that looks a bit high is the size of the game as players will need 55 GB of storage space for it, slightly more than what Titanfall asked for. Nevertheless, it will be interesting to see the recommended requirements of the game as it goes head-to-head with some of the most visually impressive titles of this year. You can check out the minimum system requirements of the game below and see if your PC rocks similar or more powerful hardware.