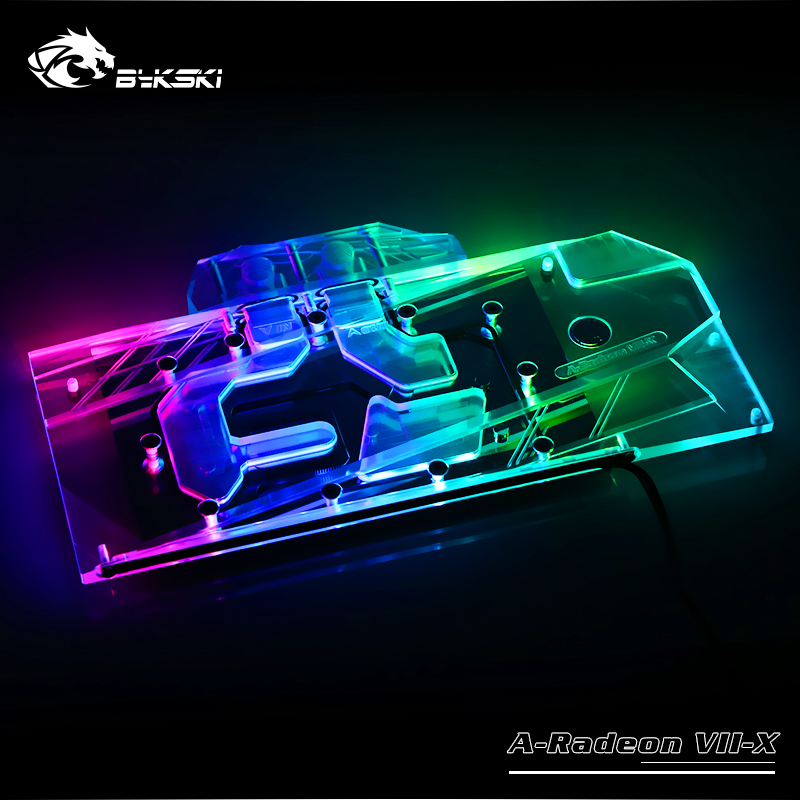 AMD Radeon VII graphics card launch last month and has been available in reference flavors only since its arrival. But that is about to change as there has been confirmation from various graphics card board partners that they are preparing custom models while water block manufacturers will be offering new and improved designs for AMD's reference solution for users who want to go the liquid cooling route.

BYKSKI is a widely popular brand in the Asian Pacific market when it comes to PC cooling. They have prepared water blocks for each generation of AMD and NVIDIA graphics cards. Their latest entry is the A-Radeon VII-X which is exclusively designed for the reference AMD Radeon VII graphics cards. 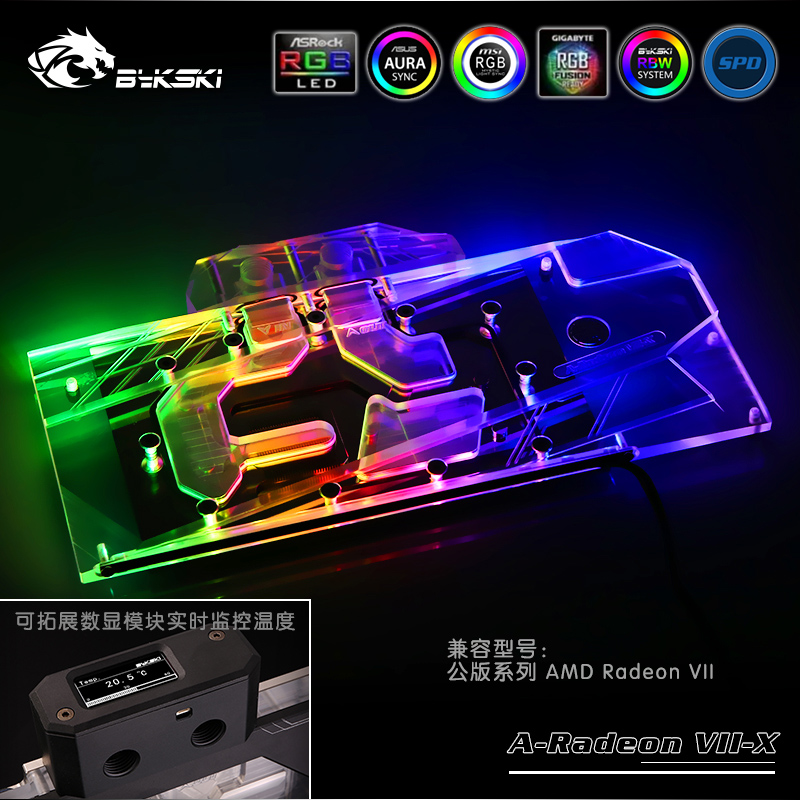 The full coverage water block has full RGB capabilities as shown in the marketing. Not only does it support its own RGB capabilities but it also has addressable RGB support which means you can set the RGB lighting to match your style on a compliant motherboard. The BYKSKI A-Radeon VII-X will be featuring support for ASRock RGB LED, ASUS Aura Sync, MSI Mystic RGB and Gigabyte RGB Fusion technologies.

Talking a bit about the block itself, it makes use of an acrylic cover which lets you see the internals and water flow clearly. The block is composed of a nickel-plated copper base which channels the water flow on top of the GPU and VRAM since Radeon VII has both featured on the same chip that is part of the interposer. The water block has a rated thermal efficiency of 401W/mK. There's also proper channeling over the MOSFETs area to keep the electrical components and power delivery running smooth. BYKSKI also mentions that the block will support its digital module that can be purchased separately and display real-time temperatures.

The block is readily available on Taobao for a price close to $100 US or around 600 Chinese Yuan. For those who are waiting to get hands on a water block, BYKSKI is the only one currently offering it although EK Waterblocks has mentioned previously that they will have a water block for the AMD Radeon VII out soon too. The block is also available on Primochill.com for a price of $139.99 US.