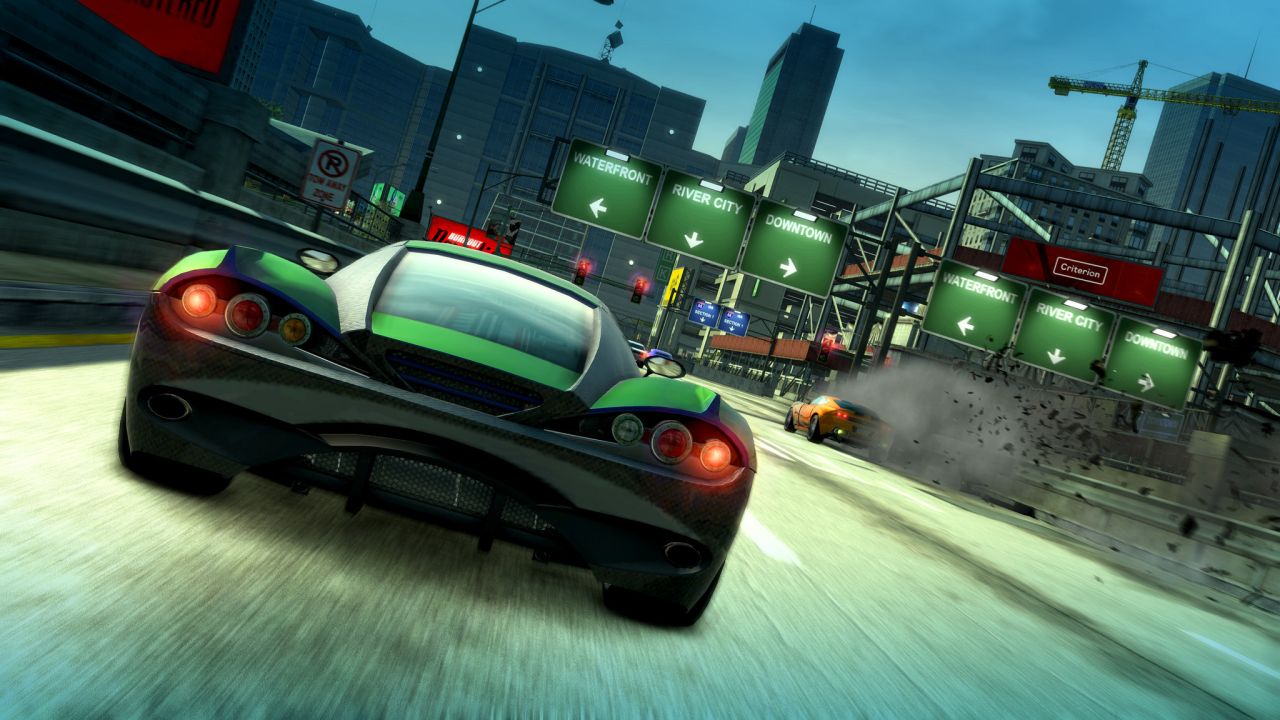 Burnout Paradise Remastered has finally been announced yesterday following a few weeks of rumors and speculation, and it seems like all the content released for the original version will be included in the remaster. Additionally, it's been confirmed that the game will not include any microtransaction, unlike what is currently being listed on the PlayStation Store.

All of the European PlayStation Stores include a mention of in-game purchases in the Burnout Paradise Remastered listing, which has made more than one gamer worry. Thankfully, it seems like it's a listing error, as Reddit user F8RGE, a member of Ghost Games, developers of the Need for Speed games, confirmed a few hours ago. 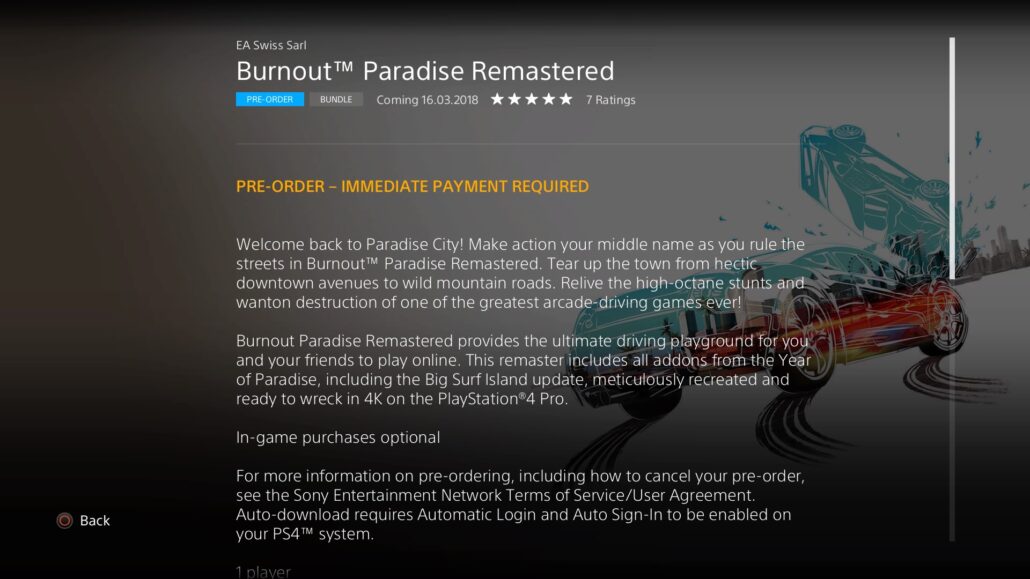 I've just double and triple checked, I can confirm that there are no MTX or additional paid content. This is a store listing error and should be fixed soon.

Before yesterday's official announcement, rumors stated that Burnout Paradise Remastered would also release on Nintendo Switch. No announcement has been made and it seems like EA has nothing to say about the matter now, as confirmed to Polygon.

As for Switch, we have nothing to announce there.

Burnout Paradise Remastered launches on March 16th on PlayStation 4 and Xbox One. The PC version has yet to receive a final release date.