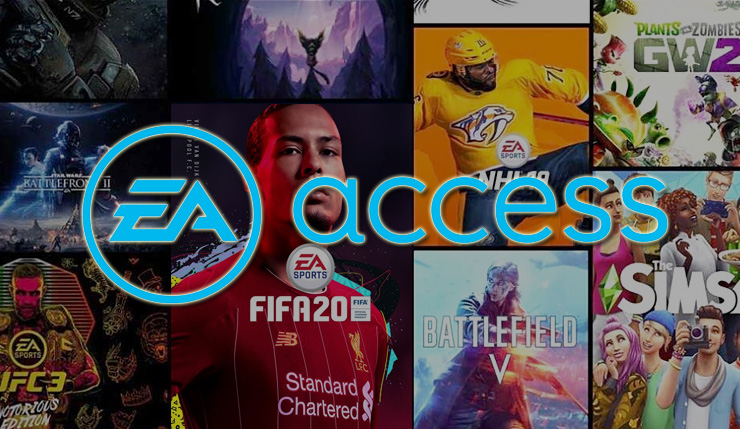 Update: It's been confirmed EA Access is coming to Steam "later this summer" and that more EA titles will be added to the platform leading up to the launch.

Today, Electronic Arts launched the first wave of 25+ EA games on Steam, with more on the way. [...] Additionally, these games and many others will be available as part of an EA Access subscription on Steam that will launch to players later this summer.

Last year EA released Star Wars Jedi: Fallen Order on Steam, which was somewhat of a big deal as PC EA titles had been exclusive to their Origin platform for over six years. Well, it seems EA is now going all-in on Steam, as you’ll soon been able to subscribe to their EA Access service via Steam. This was low-key announced on the Steam pages of several new games that have been added to the platform. Check out the screenshot evidence, below.

It isn’t entirely clear how EA Access on Steam will work at this point, as no official press release has been issued yet. Will you get access to the full vault of games? It seems like EA is steadily putting up new Steam pages, so it seems that may be the case. One thing we do know, is that you won’t be able to completely rid yourself of the Origin client if you sign up for EA Access on Steam. All the new games being added come with this warning…

For those who haven’t played Fallen Order via Steam, you launch the game via Steam, but you still have to download and sign into the Origin client, which runs in the background. Not a totally ideal solution, but one third-parties with their own launchers (EA, Ubisoft, Rockstar) all use.

As mentioned, as part of the pending launch of EA Access on Steam, a number of new games have been uploaded, including Dragon Age Inquisition, Mirror’s Edge Catalyst, Burnout Paradise Remastered, Need for Speed Heat, Sea of Solitude, and more, most of which are at least 50 percent off. You can check out the full lineup of added games (which is likely to keep expanding) right here.